Dear Reader, we make this and other articles available for free online to serve those unable to afford or access the print edition of Monthly Review. If you read the magazine online and can afford a print subscription, we hope you will consider purchasing one. Please visit the MR store for subscription options. Thank you very much. —Eds.
by Helena Sheehan
(Sep 01, 2022)
Topics: Ecology Marxism Marxist Ecology Philosophy Political Economy Places: Global 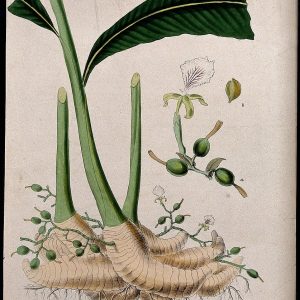 Helena Sheehan is professor emerita at Dublin City University, where she taught history of ideas and media studies. She is the author of several books, including Marxism and the Philosophy of Science, Navigating the Zeitgeist, and The Syriza Wave (the last two published by Monthly Review Press), as well as numerous journal articles on politics, culture, philosophy, and science.

This talk was presented on November 12, 2021, at the 2021 Historical Materialism Conference on John Bellamy Foster’s The Return of Nature: Socialism and Ecology, winner of the 2020 Isaac and Tamara Deutscher Memorial Prize, and in response to a short video presentation of the Deutscher Prize Lecture, “The Return of the Dialectics of Nature: Marxian Ecology and the Struggle for Freedom as Necessity,” presented a week before. (The full written version of Foster’s Deutscher Lecture is to appear in Historical Materialism 30, no. 2 [2022].)

Thank you for the invitation to discuss this fine book [The Return of Nature: Socialism and Ecology] of John Bellamy Foster, which I characterized in my blurb as “a monumental work, a genealogy of ecosocialism,” which is a worthy winner of the Isaac and Tamara Deutscher Prize.

Whenever this prize is mentioned, it brings to mind my time in the Communist Party of Ireland in the 1970s, when I was reading and admiring the writings of Isaac Deutscher, which was not done in such circles. Towards the end of my time in the party, when in London in company of Ralph Miliband, Marion Kozak, and Monty Johnstone, they brought me to the home of Tamara Deutscher, where I was warmly welcomed and spent a most stimulating evening while wondering what the general secretary of the party would say if he knew I was there. If anyone has a romantic image of European left intellectual salons, this evening lived up to that and is still a fond memory for me.

There is a better atmosphere between sections of the left these days, manifesting itself in many ways, not least in Historical Materialism conferences.

Bad as the relationship between communist parties and Trotskyist parties was in those days, one thing we tended to agree on was the dialectics of nature. At that time, the dominant position in academic Marxism and social movements was that of Western Marxism, which was hostile to the idea of the dialectics of nature. It was also making inroads into Marxist parties, and it was very strong in the Communist Party of Great Britain. There was an extended and spirited debate on dialectics of nature in Marxism Today in the mid-1970s, which was brought to an abrupt end when James Klugmann died and Martin Jacques became editor. My own contribution to the debate was axed in the transition.

The Western Marxist position was about a lot more than dialectics of nature, or even just about materialism, determinism, realism, and science. It was about class, culture, politics, economics, mode of production, historical materialism. It was alert in its way to the trends of the times, but it conceded so much that it lost its core, revising Marxism to such an extent it was often questionable whether it was Marxism anymore.

As I listened to John give his interpretation of the three laws of dialectics, I thought of the contrast with how they were presented at Communist Party evening schools in a way that reminded me of the manner we recited catechism questions and answers in my Catholic youth. I also remembered my research into philosophy in the communist movement, when dialectics was invoked as a quasi-mystical incantation to justify abrupt lurches in Communist International policy from one position to its opposite. When a comrade remarked on the contradictions, he was told, “You’re not being dialectical, comrade.” Perhaps it was the case in Trotskyist enclaves too, because Terry Eagleton once satirically summarized dialectics as “Kettles boil. Classes struggle. [Georg] Lukács recants.”

From the time of Marx’s Ecology, John has entered the debates between two currents within Marxism. The classical Marxist tradition was associated with those who, from Frederick Engels on, refused to cede the whole realm of the natural sciences to positivism; who sought to work out a materialist worldview that embraced both human society and the natural world. The other tradition, associated with neo-Kantian and neo-Hegelian polemics against positivism and embraced by the Frankfurt School and much of the New Left, argued against the idea of the dialectics of nature and indeed with the involvement of Marxism with the natural sciences.

In that book, John admitted to changing sides in this debate. Citing many influences, from re-reading Karl Marx himself, to the legacy of Monthly Review, to another strain of the New Left associated with scientists such as Richard Levins, Richard Lewontin, and Stephen Jay Gould, John has come to argue for a comprehensive materialism, embracing both the physical and social realms, vindicating the very progressive and intelligent philosophical legacy of Engels.

The Western Marxist tradition saw a basic breach between a humanist Marx and a positivist Engels and tended to see everything admirable in the subsequent history of the left as grounded in the former, and everything that went astray in the latter. However, a rigorous examination of text and context makes the assertion of such a theoretical gulf between Marx and Engels untenable.

Another target John has set in his sights has been the tendency in green thought to attribute the entire course of ecological degradation to the emergence of the scientific revolution in the seventeenth century and Francis Bacon’s idea of the domination of nature, which is seen as embodying an anthropocentric, exploitative mechanism to which a romanticist, organicist, vitalist postmodernism can be opposed. This dualist perspective has led much of the contemporary ecological movement to irrationalist myopia, to crude rejection of modernity and science, to caricatures of the Enlightenment and of Marxism.

In contrast, his work has made a strong case for Marxism as an ecological theory—in fact, as the best possible theoretical basis for ecology.

Once the ecological dimension is reconceived in this way and grounded in a realist epistemology and materialist ontology, it can be seen that the obstacles to a rational metabolism of nature and society lie not in modernity, not in science, not in materialism, but in the capitalist mode of production.

In this lecture, entitled “The Return of Dialectics of Nature,” John cites the current planetary emergency as the major force inciting this, which is obviously the case. I would also note that the current pandemic, part of this planetary emergency, has brought fresh interest in Marxism and its relationship to nature and science.

There is also the fact that alternative approaches, the many varieties of neo-positivism and postmodernism have worn thin, because they just do not do the job. Nothing compares to Marxism in its explanatory power, because it combines empirical grounding in the best science of its time with philosophical depth and breadth. It does so with full socio-historical contextualization, particularly with regard to the dimension of political economy, focusing on the core role of the mode of production.

I have taken a somewhat polemical tone here, not between John and I, but between us and others, because it highlights a position by articulating not only what it is but what it is not. T. A. Jackson, a member of the Communist Party of Great Britain, who wrote a book called Dialectics, once observed that a crowd would gather for a dog fight that would be scattered by a sermon.

A final word about philosophy at Historical Materialism conferences in recent years: I have noted a tendency to articulate the positions present as Althusserian versus Hegelian, which I have found disconcerting. I was neither of these, but what did I call my position? I regarded it as mainstream Marxism. I saw myself in the tradition of Marx and Engels, Christopher Caudwell, J. D. Bernal, J. B. S. Haldane, Levins, Lewontin, and Foster.

I am happy that this prize is honoring that tradition and, perhaps, playing a part in mainstreaming it again.

View all posts by Helena Sheehan →