In the following message, Fidel Castro ridicules the most recent “Fidel Castro is dying” lies of the global imperialist media. He also explains his decision to cease publishing his “Reflections” – a modest assessment that there are other more important matters to occupy the Cuban press. Nonetheless, monthlyreview.org shall maintain the complete “Reflections” blog as an historically unparalleled instance of honest comment on world events as they occurred, by the leading political figure of our time. 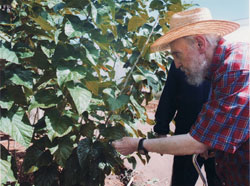 A message to the first graduating class from the Victoria de Girón Medical Sciences Institute was enough to prompt imperialist propaganda to go into overdrive and news agencies to voraciously launch themselves after the lie. Not only that but, in their cables, they attributed the most unheard of nonsense to the patient.

The ABC newspaper in Spain reported that a Venezuelan doctor from an unknown location revealed that Castro had suffered a massive embolism in the right cerebral artery; “I can state that we are not going to see him again in public.” The alleged doctor who, if he is in fact a doctor would no doubt first abandon his own compatriots, described Castro’s health as “very close to a neural-vegetative state.”

While many persons in the world are deceived by information agencies which publish this nonsense – almost all in the hands of the privileged and rich – people believe less and less in them. Nobody likes to be deceived; even the most incorrigible liar expects to be told the truth. In April of 1961, everyone believed the information published in the news agencies that the mercenary invaders of Girón or Bay of Pigs, whatever one wants to call it, were approaching Havana, when in fact some of them were fruitlessly trying by boat to reach the yanki warships escorting them.
The peoples are learning and resistance is growing, faced with the crisis of capitalism which is recurring with greater frequency; no lies, repression or new weapons will be able to prevent the collapse of a production system which is increasingly unequal and unjust. 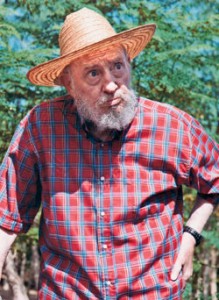 A few days ago, very close to the 50th anniversary of the October Crisis, news agencies pointed to three guilty parties: Kennedy, having recently become the leader of the empire, Khrushchev and Castro. Cuba did not have anything to do with nuclear weapons, nor with the unnecessary slaughter of Hiroshima and Nagasaki perpetrated by the president of the United States, Harry S. Truman, thus establishing the tyranny of nuclear weapons. Cuba was defending its right to independence and social justice.

When we accepted Soviet aid in weapons, oil, foodstuffs and other resources, it was to defend ourselves from yanki plans to invade our homeland, subjected to a dirty and bloody war which that capitalist country imposed on us from the very first months, which left thousands of Cubans dead and maimed.

When Khrushchev proposed the installation here of medium range missiles similar to those the United States had in Turkey – far closer to the USSR than Cuba to the United States – as a solidarity necessity, Cuba did not hesitate to agree to such a risk. Our conduct was ethically irreproachable. We will never apologize to anyone for what we did. The fact is that half a century has gone by, and here we still are with our heads held high.

I like to write and I am writing; I like to study and I am studying. There are many tasks in the area of knowledge. For example, never before have the sciences advanced at such an astounding speed.

I stopped publishing “Reflections” because it is definitely not my role to take up pages in our press, dedicated to other tasks which the country requires.

Birds of ill omen! I don’t even remember what a headache is. As evidence of what liars they are, I present them with the photos which accompany this article. 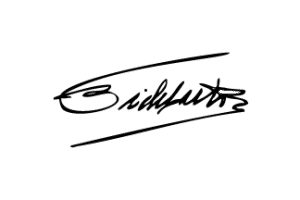 The Universe and its Expansion
We Have Lost Our Best Friend