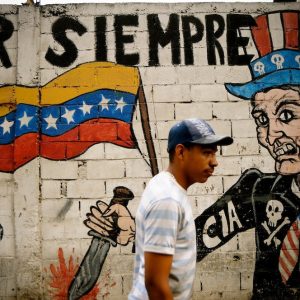 Anti-Imperialist graffiti in the El Junquito slum in Caracas, Venezuela.

Reviewed by Steve Ellner for Latin American Politics and Society

This well-documented book, which contains 744 endnotes, attempts to demonstrate that US policy toward Venezuela under Hugo Chávez and Nicolás Maduro has been guided by geopolitical considerations at the same time that it displays little respect for democratic norms and national sovereignty. The book’s title is somewhat of a mockery of President Obama’s 2015 executive order declaring Venezuela an “unusual and extraordinary threat” to US national security. Part 1 of the book’s three parts is titled “Extraordinary Myths (Advanced Versions)” and deals with recent developments involving the sanctions imposed by the Trump administration and its recognition of Juan Guaidó as the nation’s legitimate president. Emersberger and Podur argue that the justification for the recognition of Guaidó lost all meaning when, in 2020, he could no longer claim to be president of the National Assembly (AN), which had previously placed him in line for the nation’s presidency, since his five-year term as AN deputy expired. The book’s longest part is the second, which consists of individual chapters on five regime change schemes engineered by the opposition with support from Washington, beginning with the April 2002 abortive coup. Part 2’s title, “Extraordinary Sedition (and Chavismo’s Tolerance of It),” lends itself to the authors’ argument that both Chávez and Maduro were overly lenient toward major coup plotters, as demonstrated by the “wide ranging amnesty” (149) granted in 2007 to those implicated in the April 2002 coup. Emersberger and Podur partly blame the Chavista leadership for the impunity enjoyed by many of the perpetrators of antigovernment violence. The authors add, however, that the main culprit was a judicial system dominated by nonleftists, including longtime prosecutor-general Luisa Ortega Díaz, whose actions largely explain “why grave crimes against government supporters, and the government itself, went unpunished” (164) and why “the criminal justice system overall remained stacked against poor people” (217). The authors point out that this assessment of the nation’s judicial system contradicts the narrative of the mainstream media and many NGOs, which alleged that the courts were “under
Chávez’s thumb” (165). 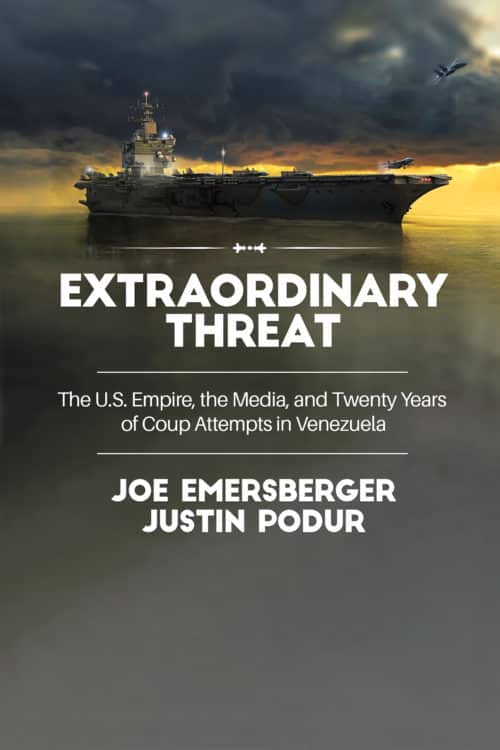 A chilling account of the development of US nuclear strategy (Washington’s New Cold War reviewed by ‘Morning Star’)
Watch: Trotsky and France, Haiti, and Lula’s victory (Gerald Horne on the ‘De Facto Podcast’)