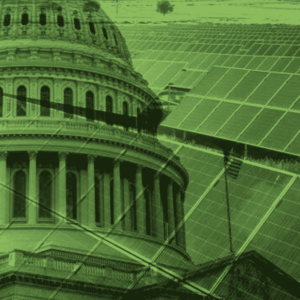 by Eve Ottenberg Stone, for Counterpunch

Just two years ago, the sky was the limit for progressives: Medicare for All, a Green New Deal and a Sanders’ candidacy for president. There was serious talk of forgiving student debt, of free community college, paid parental leave, finally lowering the costs of essential medicines and more. Now, the best progressives can muster is primarying the treacherous, corporate, bought-and-paid for Arizona senator Kyrsten Sinema. What a difference a couple of years make!

This was all entirely predictable. The Democratic party has mainly functioned since the 1930s to demobilize left movements, and these latest weren’t even movements. (Certainly thin soup compared to the militant communism FDR set out to dilute.) These were platforms in a candidacy. Platforms that the cautious, billionaire-sycophant likes of Barack Obama had no intention of ever seeing signed into law – so he coordinated the withdrawal of all other Dem presidential candidates at a critical juncture to boost Biden over Sanders.

Another reason for this repulsive electoral jujitsu was that Obama doubtless believed Biden not Sanders was the only one who could defeat Trump. But he did not take the long view. Obama didn’t look past 2020. Had Sanders won, and got a few executive orders like forgiving student debt under his belt, we wouldn’t be looking at a possible fascist catastrophe in 2024. These halcyon mid-election cycle days would not feel so much like a Weimar interregnum.

It may all be moot, however, if, as the war and peace expert Michael Klare says, there is a 100 percent chance of a Cuban Missile-type crisis, between the U.S. and Russia and/or China in three years. The anti-war left in the U.S. is tiny. It commands no media attention. When Trump launched his public opinion war against China in 2018 and then busied himself laying the groundwork for militarily confronting the nuclear-armed superpower, the left barely uttered a peep. Meanwhile, quite horribly, liberal Dems, depressingly embodied in media host Rachel Maddow, beat the drums for war by demonizing Russia. She’s literally made her career out of such war-mongering. If nuclear Armageddon arrives, it will be too late for Maddow to say, “oh, I didn’t mean that.”

So, no massive, left-wing anti-nuclear war movement, as the biggest issue of this or any time threatens to engulf the planet. Similarly, the climate protest, weakened by the ridiculous – but better, I guess, than nothing – COP26 summit, which did absolutely zip, nada, zilch, sputters and stalls. Americans are apparently content to leave these two massive monsters in the very negligent care of their worse than do-nothing government.

Because what we have in Washington is barely a government. It’s more like a puppet show manipulated by a voracious military industrial complex, one that controls the biggest and one of the most violent, globe-spanning empires in human history. And it does so by sucking the blood out of the American people. The republic is on life support, losing blood to the imperial military industrial vampire at the dizzying rate of nearly a trillion dollars a year. And now that vampire prepares to sink its fangs fatally deep, with an all-out war with Russia and China. Yet this prospect so far neither energizes nor mobilizes a mass movement for peace. Blame Democrats, blame bloodthirsty Republicans, blame the second-rate mediocrities who compose the ruling class in Washington, and blame the belligerent propaganda machine, the most deafening and total of its kind in world history, the horrid thing we call our corporate media.

Biden came to power based on many promises to the left. He also said, “Nothing will fundamentally change.” Most of his promises, unsurprisingly, died on the vine, leaving the left fragmented at a historical moment that screams for solidarity. Yet despite this disarray caused by the amoral Washington circus, workers strike in great numbers, people quit their jobs in the millions rather than toil for wretched pay and corporations find themselves bewildered by the Great Resignation. Trade unionism is still the hope of the future – if that future doesn’t vanish under a mushroom cloud.

Meanwhile in Europe, events parallel those in the U.S. Corbyn was done in and his massive following dispersed. Podemos in Spain, La France Insoumise, Syriza in Greece, all stumbled and a hostile media amplified their missteps. Their corporate enemies, having machinated to produce such errors, then piled on.

Also sputtering along is the left party, Die Linke, in Germany. One of its biggest successes, as recounted in a new book, A Left Green New Deal, by Bernd Riexinger and three other activists, was the Berlin rent cap, passed by the city in January 2020 and overturned by a court in April 2021. The rent ceiling was wildly popular, making hundreds of thousands of households eligible for reduced payments. But real estate investors and landlords hated it and ultimately killed it. The April 23 Guardian said, “landlords may have scored a pyrrhic victory, with suggestions activists could move to expropriate empty flats.” One can only hope. Despite its judicial defeat, the rent cap, and especially the organizing that brought it about, remains a model for mobilizing around issues of concern to ordinary people.

As part of its push for a Green New Deal, die Linke also agitates for closing coal and nuclear plants and shifting to renewables. Germany actually has achieved much in this regard, thus leading many to hope that the “green” part of the green new deal will be implemented – even if the “new deal” part isn’t. But it’s an uphill battle. All left causes are, because capitalist misrule is planetary. Only a handful of governments on the globe eschew it.

Worse, fascists aim to forge an International. Steve Bannon’s seedy and bedraggled visage recently appeared in brief videos, where he whoops up the idea of a global, unified, right-wing juggernaut. The left should take a page out of that book. Jean Luc Melenchon, leader of La France Insoumise, pointed the way in mid-January by demanding that France leave NATO. This would be a twofer: chip away at the military industrial empire and hopefully, indefinitely postpone humanity’s day of reckoning with its nuclear weapons. Three years to nuclear winter, as has been predicted, are too terrifyingly short. 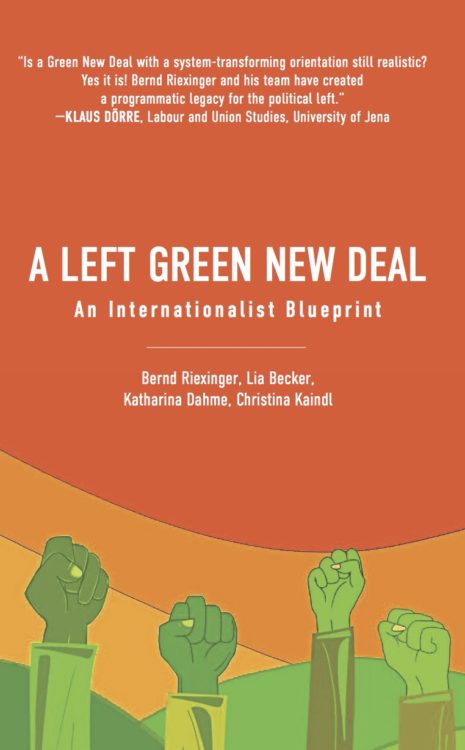