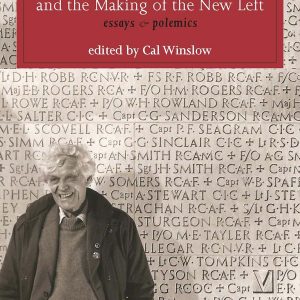 "Thompson's writings are indispensable weapons for a new generation of activists struggling to reinvent radicalism."

Edward Thompson was a towering figure of the British left from the 1950s to the early 1990s (d. 1993). Socialist, poet, humanist, peace campaigner, teacher and historian he helped pioneer the course for a new left away from the twin but treacherous peaks of Stalinist communism and statist reformism…

Thompson was a ‘bottom up’ socialist and a bottom up historian with no time for ‘vanguards’. He remained a life-long socialist interested in changing all forms of human relationships. This distinguishes him from many Communist party refugees who joined the small Trotskyist groups or those who aligned with the ‘god that failed’ anti-communist, ‘Natopolitan’ (pro ‘Cold War’) types like Koestler and Gide.

Cal Winslow’s thoughtful introduction to a selection of brilliant essays by Thompson summarises his quest for a new humanist socialist politics. This saw Thompson at the heart of working class self education (himself teaching in adult education) and facilitating ‘new left clubs’, with forensic historical research into the lives of working people producing The Making of the English Working Class (TMTEWC), the biography of William Morris & ‘Homage to Tom Maguire’ amongst others.

Winslow’s collection includes ‘Through the smoke of Budapest’ ‘Socialist Humanism’ and ‘the Free-born Englishman’ the latter providing a neat epiphet for Thompson’s deeply felt, historically grounded quest for an authentic libertarian socialism. Omitted is the ‘Peculiarities of the English’ his powerful riposte to Perry Anderson, who by the mid-1960s was at the helm of NLR, taking a very contrary view of English socialism and Thompson’s view of the primacy of working class agency…

Read the entire review in Chartist