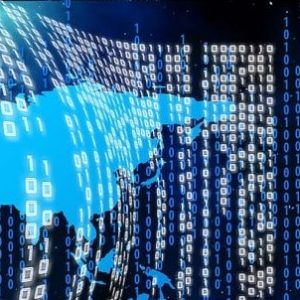 On 8 July 2021, a fire in a factory owned by one of Bangladesh’s largest packaged food exporters, Hashem Foods Ltd., in Rupgunj, an industrial town fifteen miles east of Dhaka, capital city of Bangladesh, killed over fifty workers. While most of the workers were charred to death, some died while jumping from the seven-story burning building. The only exit gate to the factory had been padlocked, making it impossible for the workers to escape the deadly inferno. The factory produced packaged beverages and snacks for export, and stored plastic packaging material and chemicals in its premises. The horrific incident also revealed that the factory employed very young children who were killed in the fire.

The regularity with which such horrific incidents occur in Bangladesh and other countries of the Global South make it unexceptional; it is almost expected that wretched workers in these countries will die like this, if not by fire then by gas leaks, building collapse or ill health. Beyond looking at the images splashed for a day or two by the media (if it’s big enough an incident to report), people have become insensitive to these devastating events, even in the countries where these incidents occur. The blame is often put on the workers themselves for their negligence, or on greedy factory owners or corrupt government officials. While the immediate reasons in most such cases are dangerous work conditions, poor building safety, cost-cutting, lax regulatory enforcement and so on., what often gets missed or not talked about are the deeper historical and structural reasons why these incidents occur so routinely in such places.

In her book Value Chains: The New Economic Imperialism, Intan Suwandi delves into these structural issues through the study of global commodity chains (GCC). Suwandi uses the concept of capitalist imperialism – “a system of unequal, hierarchical world economy” that is driven and controlled by giant oligopolies (corporations) and a few states in the Global North (the “imperial core”) to explain how so-called modern production processes continue to usurp the wealth created in the Global South through labour exploitation and control over finances and technology. She draws from Marxist political economist John Smith’s work on understanding modern-day imperialism; he explains the concept of “capturing value” – a key mechanism by which surplus value generated in production (which mostly takes place in the Global South due to low unit labour costs there) gets “captured” by the Global North via oligopolistic multinational corporations owing to asymmetrical power relations. By foregrounding the framework of imperialism to analyse the modalities of GCC, Suwandi challenges the more mainstream theorisation of GCC which argues that, due to its increasingly structural and organisational complexity spread across the globe, power doesn’t quite remain concentrated at the top in GCCs, but is more dispersed, and that the chains are, to a large extent, non-hierarchical. This in turn, as some have argued, created possibilities for less powerful firms in the Global South to “upgrade”, leading to economic growth in the less- developed countries where the production is taking place.

Suwandi questions and thoroughly debunks this analysis both theoretically and empirically by examining specific case studies from Indonesia. As shown by other critical GCC scholars, far from a decentralised power structure, lead firms (mostly multinational corporations based in the Global North) maintain inter-firm governance structures through centralised financial headquarters, and retain monopolies over information technology, markets and appropriation of the majority of the value added. The two case studies in the book illustrate this argument by showing that, through arm’s length contracts, lead firms can still control much of the nodes in the chains either directly through their subsidiaries located in the same countries as the suppliers or through a variety of bureaucratic processes and production processes such as “flexible production”. They further seek to externalise financial costs by transferring risky responsibilities to the suppliers, including managing wastage or shouldering the fluctuations caused by the markets.

The two case studies used by Suwandi do not represent the stereotypical labour-intensive factories from the Global South, as described in the opening example from Bangladesh, but are seen more as “hi-tech oriented” and “capital-intensive” categories. This goes on to demonstrate the varied ways in which Global South countries are incorporated into the GCC. Both companies manufacture plastic packaging material for companies that produce shampoo, cigarettes, food products, etc. One company manufactures thin plastic film, known as “flexible packaging” and supplies directly to the commodity producers or converter companies that custom print on the film; the other custom prints the film for specific clients. A portion (30 per cent) of the packaging material was directly exported to big multinational corporations based in the United States, Western Europe and Japan; the rest was supplied to subsidiaries of multinational corporations (MNCs) based in Indonesia and also to large Indonesian conglomerates. The final commodities packaged in this printed plastic film are sold by subsidiaries of the MNCs to retail within the national market and are also exported. Suwandi notes that even when the products were sold in the domestic market by the subsidiaries, due to their business arrangement with the MNCs “these companies are still subject to the same processes that characterize systemic rationalization and flexible production. They are third party sub-contractors that supply to multinationals, while they also have their own suppliers…. In this sense, they take the role of dependent companies within labor-value chain” (p. 101). In terms of labour arrangement, even though these companies were not seen to be labour- intensive, Suwandi notes concentrations of workers at specific segments of the production process, especially in finishing and bag-making areas. Also, where the work was automated, workers were stationed to visually inspect the products.

Suwandi’s study of the two domestic firms shows how domestic firms get incorporated into production chains in a non-linear fashion, mostly through arm’s-length contracting practices in which subsidiaries of MNCs outsource the production of their packaging material to third-party suppliers. She argues that these domestic firms “serve the role of dependent companies in labor value chains, driven by the search for low unit labor costs by Global North capital that seeks to capture value from Global South labor, which is realized in the price of the commodities consumed in the home market or in Indonesia” (p. 147). Interviews with managers in the MNCs reveal control over technological knowledge of flexible packaging by the corporations and not the domestic firms manufacturing and supplying the products.

A key finding of the case studies is the “externalization of costs” by the foreign corporations where the entire burden of risk of market, flexibilisation and wastage of material is shouldered by the domestic firms. They do not have much control over the finances or production technology, and more often the risks that they bear to remain in the business get passed on to the workers through reorganisation of work to cut costs – basically the only space where the local firms can and do manipulate the production process is through control over the labour process.

Using the detailed case studies, Suwandi debunks the claim that modern management has led to the elimination of alienation of labour or “humanisation of work”; instead she argues that Tayloristic organisation of work still persists. This can happen, as the author notes, due to the existence of unequal capital–labour relations in which corporations from the Global North find multiple ways to exploit workers in the Global South via control over the dependent companies where the workers are employed, often without direct involvement or visible links.

Value Chains thoroughly and powerfully critiques modern-day forms of capitalism by bringing back to the table the much-needed analytical lens of imperialism to show the continuities of unevenness, an unequal world economic system, and the dominance of powerful corporations and nations over other regions, places, economies, labour and resources. 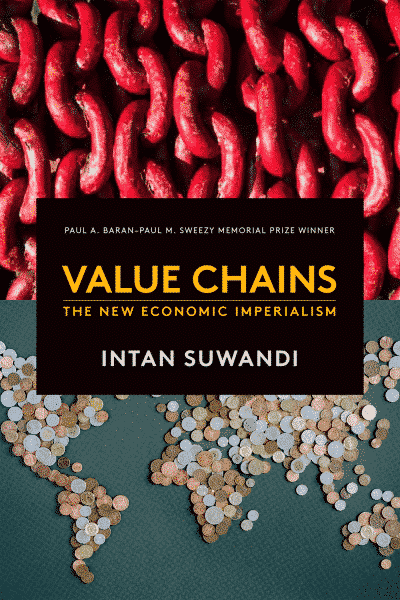 In honor of Mike Davis, with reference to the work of István Mészáros (Rob Wallace coauthors an essay published by OR Books)
ABA Winner Gerald Horne on the tangled historiography of capitalism and slavery (The Nation)