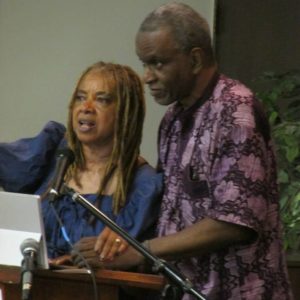 “The Washington, D.C. building that white supremacist in chief Donald Trump occupies today was built by enslaved Africans. Today, close to a year after the release of the 1619 project, a new and groundbreaking work of historiography compels us to look even farther back beyond 1619 to truly understand white supremacy and systemic racism in the United States. Dr. Gerald Horne, a longtime guest and friend of Sojourner Truth with Margaret Prescod, has released a new book, The Dawning of the Apocalypse: The Roots of Slavery, White Supremacy, Settler Colonialism, and Capitalism in the Long Sixteenth Century. The apocalypse makes reference to the time period in which African and Indigenous people were enslaved, tortured and killed by the millions. In his book, Dr. Horne revisits the history of the 1500s, a century often overlooked when it comes to colonial history….”