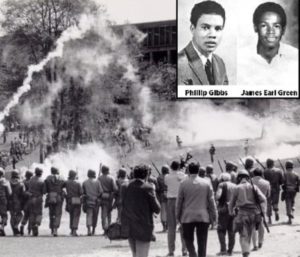 Recently, commemorations took place across the country to mark the 50th anniversary of the Kent State massacre on May 4, 1970. But often left out of the history books is the Jackson State massacre. Two students were killed and 12 wounded when, on May 15, 75 state and local policemen opened fire on a dormitory at the predominantly Black Jackson State College in Jackson, Mississippi. Gerald Horne, author of the forthcoming The Dawning of the Apocalypse: The Roots of Slavery, White Supremacy, Settler Colonialism, and Capitalism in the Long Sixteenth Century, talks to hosts Brian Becker and John Kiriakou of Sputnik Radio’s Loud and Clear about this “hidden massacre.” Police said there was a sniper on the roof of the dorm. That turned out to be a lie….

Listen, below, or at Loud and Clear