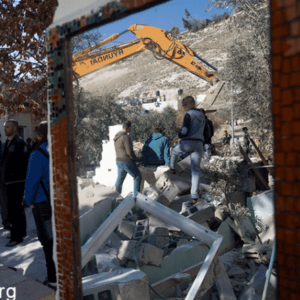 By Noura Erakat, human rights attorney and activist, associate professor at Rutgers University—New Brunswick, and a contributing editor of Jadaliyya. Erakat wrote the Forward for the soon to be released book, A Land With A People.

Mohammed El-Kurd is a Palestinian poet, writer, and activist who grew up in the East Jerusalem neighborhood of Sheikh Jarrah. When he was 11 years old, settlers carrying rifles and backpacks, and supported by the Israeli army, took over half his house.

This spring, El-Kurd returned to Palestine from the United States, where he was studying for his MFA, to fight a renewed push to expel his family and neighbors from their homes. In the process, he helped spark what has come to be known as the Unity Intifada. He has since been named one of the 100 most influential people of 2021 by Time, and The Nation recently tapped him as our inaugural Palestine correspondent. In October, he published a book of poetry, Rifqa….

NE: You grew up in a home besieged by settlers. Can you give us a quick background on that takeover, for audiences who are not familiar with that story?

MEK: Like many homes in Palestine, our home was taken over in 2009 by settlers who were supported by policemen and the army. And they took over our home on a falsified basis, utilizing a judicial system that is inherently colonial. And we saw a resurgence of these dispossession orders this past year, not only in Sheikh Jarrah, but in neighborhoods, like Silwan.

NE: Can you tell us about that experience?

MEK: It’s not unique that our house was taken over by settlers. What was unique is that our house became this kind of media hub to which many journalists, many activists, many people came. And in a lot of ways, we were constantly on display. Coming home from school every day, I had to speak to a group of internationals and tell them about what’s happening. And I was like 11, 12, 13, 14. This, in a lot of ways, functioned as a media training for me. It also highlighted this idea that what we talk about is not a metaphor. When we talk about this regime, which demolishes homes or takes over homes, these settlers who commit colonial violence, it’s not in our distant memory—it is in our backyards…

NE: ….how has the Unity Intifada reshaped the way people understand the Palestinian struggle for freedom?

MEK: Well, I can answer this in a very personal sense. In Arabic, there’s this proverb: Somebody else’s troubles make your troubles look like nothing. I’ve always thought my whole life that losing my home is not a big deal. I’ve genuinely always thought: “We’re losing our home, but at least we’re not getting shot. At least we’re not getting our residency revoked.” And I think this most recent uprising has taught me that it actually matters that I stay in my home. My presence actually matters. And this hierarchy, which tells me that my oppression does not matter, no longer exists in my mind. This hierarchy, which is this extension of these colonial borders—both the cement barriers, but also these colonial delusions in our minds that have fragmented our realities as Palestinians—all of these things have come crashing down. I think that’s one of the lessons we learned this summer, that Palestinians are all facing this colonial violence in its various forms and can always have a role to play in rebelling against it.

NE: What do you think that that the Unity Intifada portends for us in terms of this new young leadership?

And I think it has shown us a new, decentralized approach to struggle, one that is authentic and true to the Palestinian street, one that is unafraid and not held hostage by the international aid complex. All these things that kind of tie our hands and zip our mouths weren’t present this time around, and I think that’s really important to learn from…..

MEK: I think we are constantly in the center of American decision-making, of American conversation, as a topic—but as a people who have political or narrative agency, we are absent. So it is only right to center Palestinian voices, perspectives, visions, in the narrative-shaping machine that is the media.

Read the full interview at The Nation 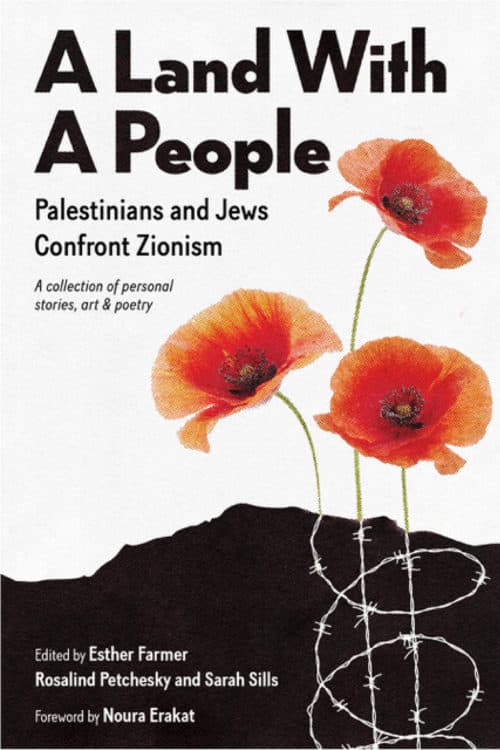