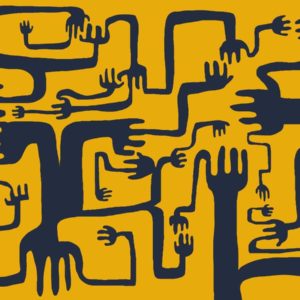 Reviewed by Scott Timcke for Marx & Philosophy Review of Books

“Completed ‘under the difficult conditions created by the pandemic’ (xiii) the 2020 edition of the Socialist Register seeks to ‘analyze the nature of digital capitalism and its contradictions’ (ix), doing so ‘within the history of technological change’ (x). In selecting this topic, the late Leo Panitch and Greg Albo’s goal was to highlight the extent to which ‘digital technology has become integral to capitalist market dystopia’ (ix), a necessary task given the prevalence of ‘cyber-utopian’ (ix) and ‘techno determinist’ (x) thought in the public and private realms. This kind of ‘celebrant’ ideology, which Robert McChesney (2013) outlined so well recently, provides a social license for centi-billionaires like Elon Musk, Bill Gates and Jeff Bezos to continue to have a disproportionate say in directing investments, allocating resources and setting the terms of production. In laying out this agenda, Panitch and Albo rightly place greater emphasis on ‘capitalism’ than the adjectival ‘digital’, effectively suggesting that regardless of the various affordances platforms, algorithms and code may provide, in the first instance they are shaped by the imperatives of capital. Theirs is a welcome addition of materialist and class analysis to the general literature within Science and Technology Studies through demonstrating how digitalization is used to expand and deepen capitalist social relations….

…three essays are worth mentioning in particular. Among the early theorists of digital capitalism like Dan Schiller (1999), and with several previous contributions appearing in past editions of the Socialist Register, Ursula Huws contextualises the differences between telecommuting professionals and ‘essential’ workers in hospitals, logistics and warehousing sectors within the broader reconfiguration in global labour markets that has been occurring in the wake of the 2008 Great Recession. By enrolling ‘near-universal access to digital technologies’ (1) by in large professionals could isolate and work at home during the pandemic, in doing so taking on different risk profiles compared to workers who were required to remain on hand and on-site during lockdowns. Typically, in the Global North, these risk profiles somewhat overlap with racial status, with racial minorities disproportionately bearing greater exposure to Covid-19. Taking the larger view, both sets of workers face great risk in the years ahead. This is because ‘platform work’ and telecommuting has provided a game-plan for companies wishing to ‘casualize or downsize’ (5) their labour force in the wake of the pandemic. In this respect, Huws links the ‘breaking effects’ in labour markets with ‘acceleratory effects’ (5) of financial markets which push for labour being at the beck and call, but off the company books. And when on-site, workers are subject to remote management surveillance practices that characterise ‘logged labour’ (Huws 2016). These items have aided the steady concentration of capital.

Complementing Huws’ reconfiguration of labour markets and capital, Bryan Palmer’s essay addresses ‘reconfigurations of time and how it is conceived’. The jarring of ‘capitalist temporality’ (14) during the pandemic had several effects, one of which was the evaporation of clear ideas of ‘working time’. Certainly, technologies like emails and cellphones had contributed to this development in the recent past, same too with the demands of coordinating work in transnational corporations. Still, with professionals telecommuting, there is additional meaning to Dallas Smythe’s adage that ‘all time is work time’. But Palmer also has a larger point about the role of primitive accumulation in the ‘the reconstruction of exploitation’ (32), suggesting that the evaporation of time boundaries around work speak to how digitization aids the sheer looting of workers time while, as Huws notes, their proper time at work (and hence remuneration) shrinks.

Grace Blakley’s contribution addresses the ‘tendency towards centralization’ (100). Through micro-managing the extraction of surplus value, dispossession and relatively low production costs, digital technology companies are extremely profitable. ‘They collect an extremely valuable commodity produced by their users – data’, Blakley writes, while ‘network effects to establish near total market dominance’ (101). The size, position and power that these firms have gives them an effective monopsony power over workers and monopoly power to gain access to data, attention and the audience commodity. The entire process, Blakley notes, is aided and abetted by ‘specialist financial institutions’ (102) themselves subject to Huws’ ‘acceleratory effects.’ Consequently, Derek Hrynyshyn explains that activists ought to be clear-eyed about the limitations of regulatory interventions. While there is certainly utility in digital media and tech reform, antitrust legislation and similar policy courses are insufficient for large-scale social transformations that characterize Marxist aspirations. As Hrynyshyn writes, the proper target is a new mode of production, with a new property rights regime, appropriate jurisprudence, general decommodification and a fair sharing of goods. These are the attributes of what Christoph Hermann’s calls a ‘needs-based economy’ (277).”

Note: Monthly Review had a long relationship with Leo Panitch, who, along with other figures of the First New Left such as his mentor and coeditor Ralph Miliband, was a close Monthly Review ally. Early this year, soon after receiving a diagnosis of multiple myelomas, and in the process of receiving treatment, Leo contracted Covid-19 while in the hospital and developed pneumonia. Coeditor of the Socialist Register for over 35 years, Leo started work with the Socialist Register in 1985, and we lost him in 2021.

“The Return of Nature” is a Resource for Scientific Radicals (Science for the People)
Gerald Horne: Against Left-Wing White Nationalism (Organizing Upgrade)