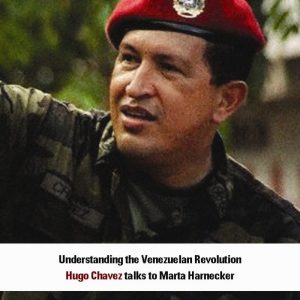 Marta Harnecker is the author of Understanding the Venezuelan Revolution, an extended interview with Hugo Chávez, published by Monthly Review Press. This was originally published in The Bullet #778 by the Socialist Project of Canada.

Who would think that the man, full of vitality, who I met nearly 11 years ago in an airplane that flew us toward El Vigía, and who was a marvellous combination of humanity and political sense, one day would too soon pass away. A man with so much, so much energy and with so many, so many projects to carry out!

I know how time constrained you were, like a narrow shirt, when you had all the time in the world before you; I imagine your anguish when you knew you had only a few minutes to live.

Again and again I ask myself why that gale that swept you into history played you such a bad hand; why you lost this battle when to surrender was not in your plans.

I imagine how many thoughts passed through your mind before leaving: those moments in your life in which you were overwhelmed by the love of those dearest to you and by the immense love of your people and many other peoples of the world; the decisions that you took and that now, from a new perspective, perhaps you would not have taken; the processes that you would push more rapidly and those which you would impel more slowly; the desire to have more time to cure injuries you caused unintentionally.

You would have thought more than once about how important it is to build a collective political direction to assure the continuity of the project for which you have given your life. You would have asked for time to complete that task.

I am sure the reaction of your people is something that has to have comforted you enormously: to ascertain how they had matured during all the years that you were their guide, how they had achieved a degree of unity that never before had existed, how that whatever happens you will be present in their hearts forever.

Dear president friend, be certain that your life has not been in vain. Your words, your guidance, your exemplary devotion to the cause of the poor, will serve as a compass for your people and for the people of the world, and will be our best shield in defending us from those who seek to destroy that wonderful work you began to build.

I have always said that to measure the revolutionary Venezuelan process, it is less important to enumerate the revolutionary measures that have been adopted – they are many, no doubt – than to note how revolutionary consciousness has grown, and that work was your work! The process may have had many weaknesses – and you know with how much pain I burdened you in noting them, but what you have achieved with your people, nobody will ever be able to erase!