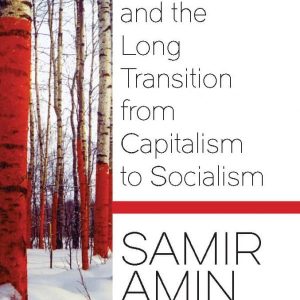 Russia and the Long Transition from Capitalism to Socialism

Out of early twentieth-century Russia came the world’s first significant effort to build a modern revolutionary society. According to Marxist economist Samir Amin, the great upheaval that once produced the Soviet Union also produced a movement away from capitalism—a long transition that continues today. In seven concise, provocative chapters, Amin deftly examines the trajectory of Russian capitalism, the Bolshevik Revolution, the collapse of the Soviet Union, the possible future of Russia—and, by extension, the future of socialism itself.