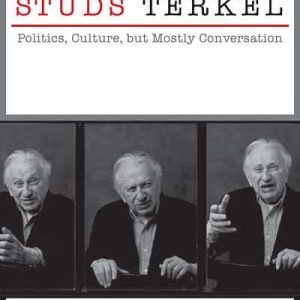 “Studs Terkel interviewed people on his WFMT radio show for forty-five years. Occasionally, though, the tables were turned and guests interviewed Studs. This happened on January, 16, 1967 when Studs’ friends, journalists Mike Royko and Herman Kogan, quizzed Studs about his new book, Division Street America. The book was the first of eighteen books that Studs wrote with the guidance of Andre Schiffrin. All were published between Studs’ fifty-fifth birthday and his death at ninety-six. Known as the world’s best listener, Studs was revered for both his radio and book interviews. He nurtured people so that they talked with great depth about their lives—personally, politically, and culturally. Royko and Kogan cultivated the same from Studs…”

Read the rest of the article in Alan Wieder’s blog, Writing Studs Terkel