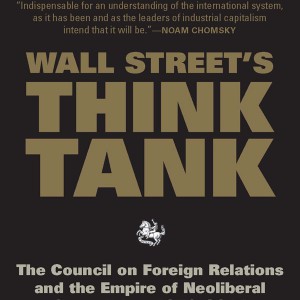 “…It is the argument of Laurence Shoup in Wall Street’s Think Tank that the American institution known as The Council on Foreign Relations is not just another right-wing institute, but is a key organisation for the co-ordination of the capitalist ruling class, particularly in the US, but also, to a significant degree, internationally. Through the CFR, whole networks of the ruling class are knit together, and come to common agreement about the policies and programmes that will sustain capitalism in the US and the world…”

Read the entire review in Counterfire