Paul M. Sweezy co-founded Monthly Review in 1949, and, with Paul A. Baran, developed the fundamental analysis of accumulation under monopoly capitalism. Baran’s The Political Economy of Growth, published in 1957, set the template for understanding imperialism in the latter part of the twentieth century—an argument that was to be further developed in Baran and Sweezy’s Monopoly Capital (1966). Harry Magdoff, who would become the co-editor of Monthly Review, carried this project forward in The Age of Imperialism (1969) by investigating the historical trajectory of imperialism and tracing the contours of monopoly capitalism as a world system of exploitation. Their collective effort helped form a current of independent socialist thought of increasing importance on a global scale.

Today, the struggle continues against a global capitalist system which has created conditions of increased exploitation in the countries of the global South, alongside a vast transfer of wealth to imperialist centers of the global North. While untold profits accrue to imperialism’s ruling elite—the 1% of society at home and abroad—the 99% of the world’s population experience greater hardship and misery. The imperial system of the twenty-first century is one marked by growing uncertainty, instability, and ecological disaster. The promise of national emancipation through independence has not been fulfilled in general. Capitalist globalization is in fact imperialism without colonies.

This award will support the publication in English of a series of distinguished monographs concerned with the political economy of imperialism. The scope of subject matter will be sufficiently broad as to include work focused primarily on history as well as on theory. All analysis must find its basis in history and empirical research.

The aim is to make available in English important work written in the tradition of Paul M. Sweezy, Paul A. Baran, and Harry Magdoff, broadly conceived. It will apply to writings previously unpublished in English, and will include translations of new work first published in languages other than English.

The selection of manuscripts will be made by the members of the MR Press editorial board, with the assistance of outside readers as appropriate—as in the case of material requiring specialized knowledge, whether of subject matter or a language other than English.

Submissions may be made at any time—there are no deadlines and the editorial committee will make decisions on a rolling basis. We prefer full manuscripts, but will accept a detailed outline, table of contents, and several sample chapters.

Selected works will be published by Monthly Review Press in a highly visible, affordable edition with international distribution and a dedicated marketing campaign.

Authors of unpublished manuscripts in English or any other language who are recipients of the award will receive $5,000. Where the award is granted to books already published in languages other than English, the $5,000 will be applied instead to covering translation costs. 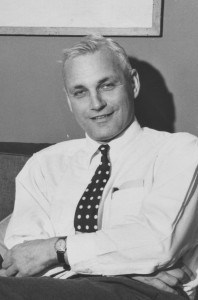 “Paul M. Sweezy, referred to by The Wall Street Journal in 1972 as “the ‘dean’ of radical economists,” was, in the words of John Kenneth Galbraith, “the most noted American Marxist scholar” of the second half of the twentieth century. Sweezy’s intellectual influence, which was global in its reach, lay chiefly in two areas: as a leading radical economist (and sociologist), and as the principal originator of a distinct North American brand of socialist thought in his role as cofounder and coeditor of Monthly Review magazine. Like both Marx and Schumpeter, to whose thought his work was closely related, Sweezy provided a historical analysis and critique of capitalist economic development, encompassing a theory of the origins, development, and eventual decline of the system.” 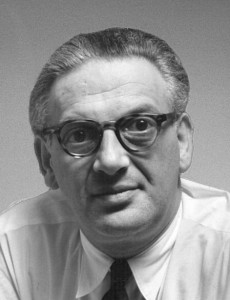 “Paul Baran was a social scientist and a Marxist. While economics was his major field of study, his interest in economics and his approach to the study of economic developments were part and parcel of his continuous search for a better understanding of human society: to find out how it operates and how it can be changed for the benefit of man. He found in Marx’s studies and thought the most satisfactory explanation of how and why societies change, of the origin and development of capitalist society, and of the transformation of capitalist to socialist society. Baran surely knew as much about Marx’s writings as any ‘Marx specialist.’ But he did not use this knowledge to become a mere commentator on or interpreter of Marx. Nor did he in his studies of contemporary society seek to fit the facts into a preconceived Marxist mold. Instead he adopted Marx’s way of thinking: he virtually breathed Marxism.”

—From “The Achievement of Paul Baran” by Harry Magdoff 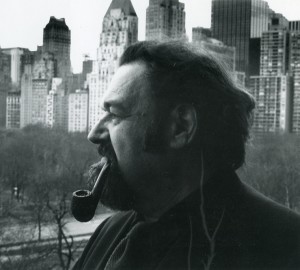 “[Magdoff’s] The Age of Imperialism was to have an immense impact on the US left in the context of the struggle against the Vietnam War. It sold 100,000 copies and was translated into 15 languages. It was to become—along with Baran’s The Political Economy of Growth (1952), Baran and Sweezy’s Monopoly Capital, and Harry Braverman’s Labor and Monopoly Capital (1974)—one of the primary works to define the Monthly Review tradition of US political economy…Together with Sweezy, Magdoff displayed an economic approach that brought together and synthesized the insights of Marx, Luxemburg, Kalecki, Hansen, and Schumpeter…Magdoff revealed a rare quality—the ability to combine the most searching intellectual inquiry, often involving ruthless criticism of existing institutions, with the deepest level of human compassion and understanding. He once stated (altering Gramsci’s famous saying): ‘You have to be a pessimist of the mind, but an optimist of the heart.'”

—From “The Optimism of the Heart” by John Bellamy Foster