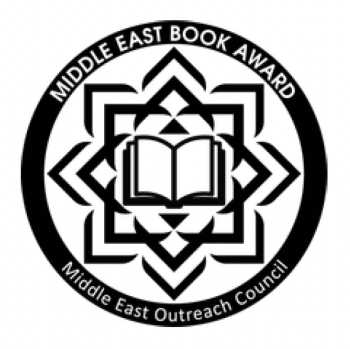 A collection of personal stories,
history, poetry, and art

Eloquently framed with a foreword by the dynamic Palestinian legal scholar and activist, Noura Erakat, A Land With A People began as a storytelling project of Jewish Voice for Peace-New York City and subsequently transformed into a theater project performed throughout the New York City area.

A Land With A People elevates rarely heard Palestinian and Jewish voices and visions. It brings us the narratives of secular, Muslim, Christian, and LGBTQ Palestinians who endure the particular brand of settler colonialism known as Zionism. It relays the transformational journeys of Ashkenazi, Mizrahi, Palestinian and LGBTQ Jews who have come to reject the received Zionist narrative. Unflinching in their confrontation of the power dynamics that underlie their transformation process, these writers find the courage to face what has happened to historic Palestine, and to their own families as a result.

Stories touch hearts, open minds, and transform our understanding of the “other”—as well as comprehension of our own roles and responsibilities. A Land With A People emerges from this reckoning.

Contextualized by a detailed historical introduction and timeline charting 150 years of Palestinian and Jewish resistance to Zionism, this collection will stir emotions, provoke fresh thinking, and point to a more hopeful, loving future—one in which Palestine/Israel is seen for what it is in its entirety, as well as for what it can be.

By seamlessly and passionately weaving history with heartfelt life experiences, and intensely symbolic stories with candid reflections, this collection reveals the real wreck Zionism has created, shattering the mythology that Zionism has always hidden behind. In doing so, it courageously interrogates the crucial, yet often ignored, relationship between Palestinian liberation from Israeli settler-colonialism and apartheid and Jewish emancipation from the suffocating, racist chains of Zionism. It leaves me with more hope.

A Land With A People is a singular contribution to the decades-long effort to forge global solidarities against Israeli settler colonialism. In giving us everyday narratives of Palestinian courage and resilience, alongside accounts of a growing Jewish resistance to Zionism, the book offers a collective story of fierce struggles against racism and apartheid. It is a story that holds important lessons to all who have dedicated their lives to justice, equality and freedom.

—Angela Davis, abolitionist activist-scholar and author of, among other books, Freedom Is a Constant Struggle: Ferguson, Palestine, and the Foundations of a Movement

A must-read, timely critique of political Zionism conveyed through searing, personal writings of Jews who refuse to accept Zionism’s ethno-religious indoctrination and its violent manifestations, intertwined with reflections from Zionism’s greatest, yet oft-silenced Palestinian victims. This book is an invaluable resource in the effort to challenge the deliberate and dangerous conflation of anti-Zionism with anti-Semitism to silence criticism of Israel, and in understanding that the “Israel/Palestine conflict” is not a religious or ethnic one; it is not even a conflict, but rather an existential struggle against a racist, settler-colonial system. It is a struggle that can, and must, be undertaken by Palestinians and Jews together.

A community of Palestinians and Jews committed to a future without Jewish Supremacy Ideology, and with Palestinian autonomy. This is a volume of Palestinian voices towards movement building and creation of a joyous future, and Jews listening and then doing the work of changing their self-perceptions and living our responsibilities. A call to Repair through Boycott, Divestment, Sanctions, through collective actions to end Israeli occupation, Jewish nationalism and apartheid. This book expressed the dynamic relationship necessary to a fair, humane and productive life.

—Sarah Schulman, activist and author of, among other books, Israel/Palestine and the Queer International

Offers a path forward rooted in an understanding of a painful shared history that leads to a commitment to solidarity and justice for all people. Reading it is both illuminating and healing.

Esther Farmer is a Palestinian Jew and native Brooklynite passionate about using theater as a tool for community development. She is former Ombudsman and Manager for the New York City Housing Authority, former United Nations representative for the International Association for Community Development and was an original founder of Teamsters for a Democratic Union. As part of her activism in the Alliance for Puerto Rican Education and Empowerment, she helped produce the film, Making the Impossible Possible. She is also a JVP-National artist involved with producing storytelling workshops around the country, and the author of several articles published by Routledge and Taylor and Francis, on theater, performance, and social change. She is a Jewish Voice for Peace-NYC chapter leader and the director and playwright of “Wrestling with Zionism.”

Rosalind Pollack Petchesky (she/her) is Distinguished Professor Emerita of Political Science at City University of New York, and a recipient of the MacArthur Fellowship and, more recently the Charles A. McCoy Career Achievement Award. Dr. Petchesky’s first book, Abortion and Woman’s Choice, cited by both the U.S. and Canadian Supreme Courts, won the Joan Kelly Memorial Prize of the American Historical Association. She is the author of many published books and articles, translated into numerous languages, on gender, sexual, and reproductive justice; transnational feminisms; and the politics of the body. Professor Petchesky travels frequently to visit her beloved grandchildren in Texas, but lives in New York City, where she is Jewish Voice for Peace-NYC chapter leader, a classical pianist, and a kickboxer.

Sarah Sills is a life-long artist-activist, graphic designer, organizer, and event producer. Over the years she co-led a Teamsters trade union delegation to China, organized clerical workers at Columbia University, raised money for Salvadoran women’s cooperatives during the war, and worked at a pro-Aristide Haitian newspaper. In addition to being a JVP-NYC chapter leader, she is currently involved with producing storytelling workshops and the Wrestling with Zionism Readers Theater.

For excerpts and a discussion of the book, head here