Mapping My Way Home: Activism, Nostalgia, and the Downfall of Apartheid South Africa 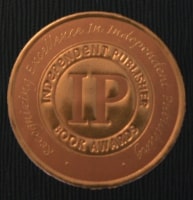 Born in Cape Town, South Africa, Urdang learned to hate the apartheid regime from her socialist parents. At the age of twenty-three, no longer able to tolerate its grotesque iniquities, she chose self-exile and emigrated to the United States. From the perspective of an anti-apartheid activist, a feminist and journalist, she tracked and wrote about the slow, inexorable demise of apartheid, as well as the victory over Portuguese colonialism in Africa. She trekked through the liberated zones of Guinea-Bissau; returned repeatedly to newly independent Mozambique where she witnessed the impact of the conflict fomented by South Africa against its neighbor; and participated in the vibrant divestment movement in the United States.

Urdang’s memoir maps out her quest for the meaning of home, as she grapples with the power of nostalgia, and for the lived reality of revolution with empathy, courage, and a keen eye for historical and geographic detail. This is a personal narrative, beautifully told, of a journey traveled by an indefatigable exile who, while yearning for home, continues to question where, as a citizen of both South Africa and the United States, she belongs. “My South Africa!” she writes, on her return in 1991, after the release of Nelson Mandela, “How could I have imagined for one instant that I could return to its beauty, and not its pain?”

What a saga, both personal and political. Stephanie Urdang has lived the contradictions—the devastations and exaltations, the hard lessons—of southern African history since the 1960’s. From exile, she worked tirelessly to help defeat apartheid. From Africa, she has reported some extremely difficult stories, including life under aerial bombing by Portuguese colonial forces, and the subjection of women by progressive movements and governments. Her strength and decency and narrative gifts shine throughout this powerful memoir.

Stephanie Urdang not only had a ringside seat but was often in the ring for three of the great revolutionary upheavals of our time: the women’s movement, the end of apartheid in South Africa, and the fight against colonialism elsewhere on the continent. She is wise enough to know that none of these struggles are yet fully finished, and her story of a life deeply engaged in them is moving and absorbing.

I couldn’t put down Stephanie Urdang’s brilliant memoir of her life as a South African immigrant and her work as a conscientious observer/witness to some of Africa’s most searing revolutionary movements to free countries from oppression. I loved this instructive, inspirational, energizing page-turner, this self-portrait of a woman committed to justice that will impel readers to empathic acts of their own.

I love Stephanie Urdang’s writing. She brought me right in from the first chapter. She makes nonfiction feel like the kind of fictional novel I don’t want to put down.

In Mapping My Way Home, Stephanie Urdang weaves together the threads of her amazing life of political activism and the struggles for self-determination in Africa with extraordinary eloquence, grace and disarming honesty. From her direct engagement in the struggle against apartheid in her native South Africa, to covering the liberation war against Portuguese colonialism in Guinea Bissau and witnessing firsthand the efforts to build a new nation in Mozambique, Urdang offers a unique and very insightful perspective on these critical processes in the continent’s history.

—Alcinda Honwana, anthropologist; author, In the Time of Youth: Work, Social Change and Politics in Africa

Mapping My Way Home is a moving and reflective book that speaks to all of us who had high hopes for Third World liberation and women’s liberation. And to younger generations on how hope can be gained, and belonging be reframed in difficult political times.

Candidly informative, descriptive, and an inherently fascinating read from cover to cover, Mapping My Way Home: Activism, Nostalgia, and the Downfall of Apartheid South Africa is an extraordinary story of an extraordinary woman who lived in extraordinary times.

Praise for And Still They Dance:

Much of the power and importance of And Still They Dance derives from Urdang’s refusal to puree the complexities of Mozambique into a smooth soup. Rather she allows the reader to feel the conflicts and contradiction in the stories women tell of their own lives… Urdang’s moving yet restrained narrative recounts dizzying acts of courage…a path-making book.

—Anne McClintock, A. Barton Hepburn Professor in the Program in Gender and Sexuality Studies and the Department of English, Princeton University

Stephanie J. Urdang was born in Cape Town, South Africa. She is the author of two books on Africa, And Still They Dance: Women, War, and the Struggle for Change in Mozambique and Fighting Two Colonialisms: Women in Guinea-Bissau. She has worked as a gender specialist and advisor on Gender and HIV/AIDS for the United Nations, and as a freelance journalist. She lives in Montclair, New Jersey, and returns regularly to South Africa. Visit her website, Stephanie J. Urdang