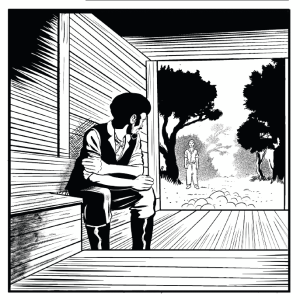 Reviewed by Bill Fletcher for The Nation

Sometime prior to my eighth birthday, my great-grandfather, the poet, writer, and anthologist William Stanley Braithwaite, bought me my first comic book. For reasons that I have long since forgotten, we walked to a pharmacy on the corner of Edgecombe Avenue and St. Nicholas Place in Harlem. While there, I was looking over the comic books and chose The Illustrated Story of the Coast Guard as the one that I wanted. My great-grandfather asked no questions and purchased it for me. I still have it somewhere in my house.

Thus began my love affair with comic books, an affair that lasted into my early teens, when it rather abruptly stopped. It no longer seemed “cool” to read and own comic books—and I had a range of them, from war comics to superheroes. Although I kept them stored in a box in my basement, any thought of them recessed to the edges of my memory. It was only years later that I rediscovered comic books—as well as, these days, graphic novels—as something that had a value exceeding mere entertainment for younger people. In Latin America, in particular, they became an important instrument for progressive and left-wing political education over the years. Increasingly, such comics have been reintroduced into the United States too, though so much of the industry is dominated by the superhero genre.

It is with this context in mind that I turned my attention to Miguel Ferguson’s ¡Brigadistas!, a fascinating—indeed, gripping—look at the experiences of one young leftist from the United States who volunteered to go to Spain in 1937 to fight the fascists there as part of the International Brigades. Specifically, this young volunteer was in the Abraham Lincoln Battalion, one of many such units from countries around the world.

Before I discuss the book, it is worth reminding the reader that the Spanish Civil War was a dramatic precursor to World War II, along with the Italian invasion of Ethiopia in 1935 and the Japanese invasion of Manchuria in 1931 and the rest of China in 1937. The Spanish Civil War galvanized international opinion against the growing fascist threat—but such opinion was insufficient to influence the governments of Britain, France, and the United States to support the legitimate Spanish government, which faced a military coup attempt by Gen. Francisco Franco, followed by the direct intervention of forces from Fascist Italy and Nazi Germany. Franklin Roosevelt is fondly remembered by many Americans today as the president who led the charge against fascism in World War II, but at the outbreak of the Spanish Civil War, Roosevelt felt insecure in tackling the largely right-wing isolationist movement to such a degree that he took no public effort to come to the aid of the Spanish Republic. Thus it was the global left that mobilized and sent thousands of volunteers to serve in the cause of freedom and anti-fascism.

¡Brigadistas! examines this key historical moment through the perspective of a young Jewish radical named Abe Rubenoff who, as a result of his organizing work in New York City, becomes enraged by the right-wing uprising in Spain and the refusal of the liberal democracies to confront the very real fascist threat. Based on a true story, the graphic novel follows Rubenoff as his anger leads him to volunteer. Enlisting in the International Brigades, he and a group of friends ship out to Spain in 1937.

Overseas, Rubenoff joins the spirited and defiant army of the Spanish Republic, which—though poorly organized and poorly equipped in its fight against the well-armed military insurgents of Franco’s Nationalist Army—is determined to do all it can to keep the forces of reaction from taking over Spain. Franco’s forces are actively supported by the Italians and Germans, who used the conflict as a testing ground for military equipment, strategies, and tactics that would later be employed against the rest of Europe. (One example was the massive bombing of civilians in Guernica, an event made famous by Pablo Picasso’s painting of the same name.)

It takes nothing away from the story to say that it ends with the International Brigades being withdrawn from Spain in what many people understood at the time to reflect nothing more than a magical hope by the Spanish government that the removal of these foreign fighters would allow the League of Nations to insist that Germany and Italy withdraw as well. Yet the League did nothing, and the Republican government collapsed in March of 1939. Germany invaded Poland in September and launched the rest of Europe into a world war.

Using an illustrated format to tell Rubenoff’s story is a brilliant approach. For one thing, much of the history of the Spanish Civil War has been forgotten or even actively suppressed over the decades. Those who volunteered to fight against Franco and the Nationalists came to be referred to in mainstream US circles as “premature anti-fascists”—that is, they should have waited until the bombing of Pearl Harbor on December 7, 1941, before taking up the cause. Such a view reflected the hope in some portions of the ruling elite of Britain, France, and the United States that Germany and Italy could be encouraged to attack the Soviet Union instead. Indeed, there was also considerable interest within these three countries in the Fascist and Nazi approaches to economic reorganization and suppression of the working class (and dissent). ¡Brigadistas! provides a useful vehicle to tell the other side of that grim story.

Ferguson deserves to be applauded for incorporating nuance into both the characters and the narrative of ¡Brigadistas! instead of hitting the reader over the head with political messaging. Don’t get me wrong: This is a very political book. But not everything about the characters and how they interact with one another is “politically correct,” making this a far more realistic drama than one might expect.

As with other well-written historical works, ¡Brigadistas! leaves one hoping for a different ending. That does not mean a different ending to the book, but a different ending for what turned out to be the tragic defeat of the Spanish Republic in 1939. One feels the sense of loss and disappointment experienced by those who volunteered to fight in the International Brigades when they are forced to withdraw from the country, only to witness the collapse of the Spanish government in the face of the fascist onslaught.

¡Brigadistas! is not just the story of a historical moment; it also offers an important opportunity to consider the international character of anti-fascism. Although the International Brigades were a particularly dramatic illustration of anti-fascism and international solidarity in practice, there have been many other such examples, including the volunteers from the United States who stood in solidarity with guerrillas who fought against Portuguese colonialism in Africa in the 1960s and ’70s, as well as those who supported the Nicaraguan government in the 1980s war against the US-backed Contras.

Yet there is a deeper question to examine here—or perhaps a set of deeper questions. What is the character of today’s far right, and what are our tasks in response? What forms should the international solidarity of the oppressed take in today’s world, with its myriad struggles against authoritarianism and aggression? And why should anyone concern themselves with global issues when there are so many struggles at home? ¡Brigadistas! does not answer these questions, nor does it set out to do so. But it puts these questions before the left, reminding us of a time when the answers demanded clear and urgent action rather than mere resolutions.

If you have a subscription to The Nation, you can also read the review here 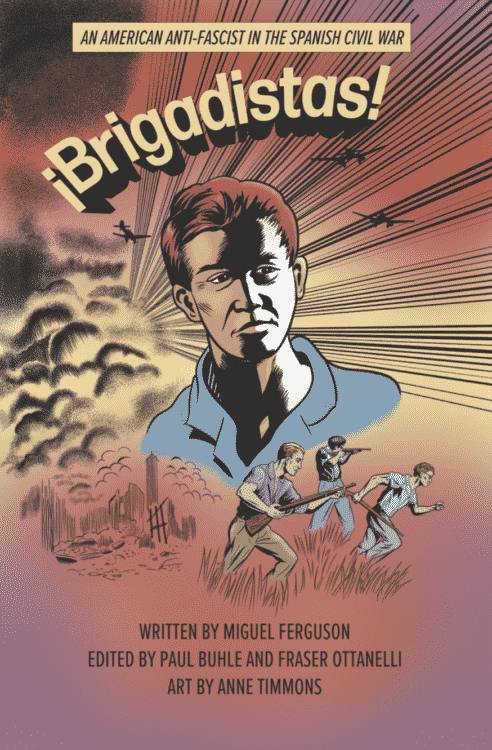 An “immersive” narrative and “dazzling” art (!Brigadistas! reviewed by ‘Comicsgrinder’)
Excerpt: Difference, Exploitation & Emancipation (Editor of The Dialectics of Dependency, in Decolonizing Then and Now, forthcoming in 2023)