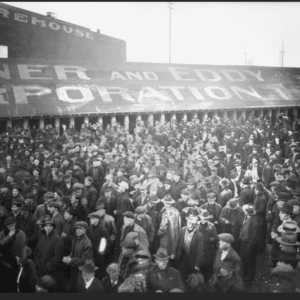 On 20 January 2019, late in the 35-day federal government shutdown by President Donald Trump, Sara Nelson, president of the International Association of Flight Attendants, drew national attention when she called on her fellow labor leaders to ‘talk with your local and international unions about all workers joining together to end this shutdown with a general strike!’ The shutdown ended five days later. While few thought Nelson’s call influenced the welcome end to the shutdown, it nevertheless drew much excitement from union activists and many others as a rare and remarkable instance of a U.S. labor leader promoting radical solidarity action.

According to historian Erik Loomis, there have only been a paltry ‘five notable general strikes in American history.’ But for Cal Winslow, the Seattle General Strike of 1919 was ‘the only true general strike in US history, and the only time when workers in this country really ran a city . . . ’ Aptly named Radical Seattle, and devoting only one chapter to the actual strike, this study is not primarily about the strike and the ‘five-days that matter.’ The focus, in the spirit of E.P. Thompson’s Making of the English Working Class, is a detailed exploration of the relationships and experiences that resulted in the making of a radical, ‘brazened and courageous’ working class in Seattle with ambitions well beyond the narrow confines of collective bargaining.

Concentrating on a tumultuous decade of conflicts, campaigns, and battles with employers and authorities leading up to the general strike, Winslow explores the development of a working-class movement learning to act in solidarity. He suggests, for example, that the 1916 ‘Bloody Sunday’ Everett massacre of IWW supporters by vigilantes and police played a similar role for Seattle workers to the consciousness shaping effect of the Peterloo massacre of 1819 on the English working class.

Winslow wants readers to appreciate the complicated and often contradictory struggles and uncertainty that brought workers from the political ‘left, right and center’ into common cause. He refers to Seattle’s working class and its ‘intense localism’ as ‘unparalleled’ allowing these workers to form a ‘radical consensus’ with fluid political lines positioning the IWW, the Socialist, and the craft union’s Central Labor Council (CLC) leaders ‘on the same stage, in the same demonstrations, and on the same street corners’ in support of shared causes and issues. ‘Collaboration in Seattle,’ he contends, ‘transcended sectarian divides and carried over into the everyday a airs of the unions, where socialists and IWWs alike were well-respected members and often leaders.’

Seattle’s socialist inspired workers dared to imagine a better world and were prepared to take direct action to try and create it. Winslow does not shy away from identifying the many divisions of race, gender, union politics, and organizational competition. He is careful to show how Seattle’s socialists often ‘stumbled into blind alleys and su ered foolish fractures and discord.’ But their ‘radical’ in uence was prevalent, and it helped workers unite and build a powerful union city by the end of the First World War.

Winslow’s interest in writing Radical Seattle is to help inspire people about ‘America’s most gripping strike,’ and to dispute writers who ‘customarily belittle the movement and above all the General Strike itself.’ Considering the attention Sara Nelson’s call received in the national media, discussions on the efficacy of general strikes have not disappeared. We will have to see if we need to wait another 100 years before a U.S. labor leader again calls for a general strike.

Beyond the inspiration provided by the Seattle strike, Winslow’s assessment of the Seattle general strike includes suggesting that it was a precursor to a ‘succession of spectacular battles’ that occurred in the U.S. and Canada later in 1919. However, he does not provide much evidence to conclude that Seattle had any contribution or role in this massive post-World War I upsurge. While only mentioned in passing, the Winnipeg General Strike broke out in May 1919, a mere three months after the Seattle General Strike and lasted a remarkable six weeks and impressively inspired solidarity strikes in thirty additional Canadian cities. The comparison with the Canadian strikes raises an important question about the Seattle strike. Why was Seattle isolated and why were there no solidarity actions organized in other U.S. cities? While Winslow has argued that a unique set of experiences and relationships among working people in Seattle created their powerful unity, sadly their geographic separation and independence may have permitted them much more freedom to act but it also contributed to their isolation…. 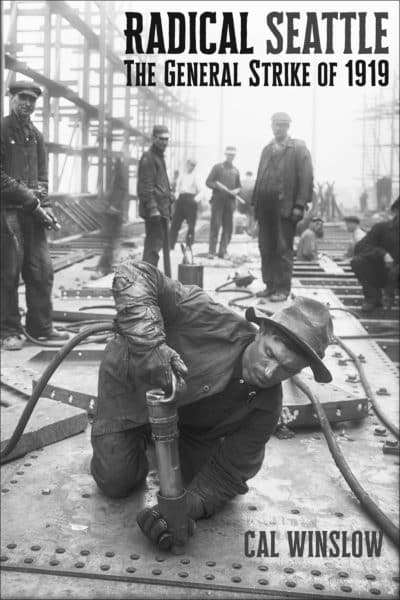 Listen, “do you think Maduro is a dictator?” (Extraordinary Threat on Unusual Sources)
Watch & listen close (and “bookmark” this page): It’s the Horne roundup