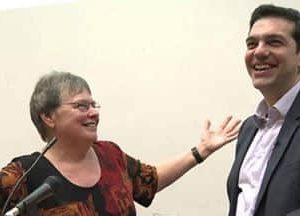 Reviewed by Thomas  J. Morrissey for The Irish Catholic

Dr Helena Sheehan is a well-known left-wing intellectual. Her book, Marxism and the Philosophy of Science: Critical History, published in 1985, became a classic work on its subject.

She has now written her autobiography, and this is the first volume, covering her life from the 1940s to the 1980s, a book which is full of interest for a particular view of Ireland and the world today. 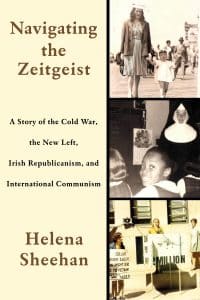 She grew up in a middle class Catholic family in Philadelphia, attended a Catholic school, and was more developed intellectually and had more intellectual interests than most of her contemporaries.

She encountered doubts of faith, but struggled against them and felt called to religious life. She joined the Sisters of St Joseph. She describes the details and rigidity of convent life in the 1950s and the absence of any concession to change.

After the noviceship, she taught in a primary school, read widely, and became caught up in the sense of change that affected church and secular life. She attended the Jesuit University of St Joseph in Philadelphia, read widely in philosophy, seeking answers for her doubts by means of reason and philosophy.

The values of Vatican II, and her desire for a better and more just society influenced her teaching in school. Parents objected and she was let go. It was the final straw. She left the convent and, finding little support at home, left home and lived rough for some time.

She embraced the freedom movement of the late 1960s and 1970s – revolting against war, seeking a free life style, living in communes, while also searching mentally for justice and meaning.

A striking, red haired woman, with capacity for passionate debate, she became well known in socialist circles. She found that she was searching for something that fulfilled as many aspect of life as Catholicism had done. She failed to find it in one outlet after another, and eventually turned to Marxism for solution.

Marxism and science became a preoccupation. She lived with a fellow socialist. They had two children. Following her desire for academic distinction in socialist philosophy, she was absent from home for months at a time, leaving her companion to look after the children.

She visited conferences across Europe, spent months in the Soviet Union but recoiled from its lack of freedom, then visited East Germany. There too she was welcomed as a committed socialist, but again found the regime too restrictive. She sought always liberation as part of the socialist answer.

She linked with members of the IRA, some of whom she had met in their visits to America, learned the Irish language, and eventually identified with the Irish Communist Party and the Official IRA, both of which had support from Moscow.

As in her dealings with socialist groups in America, Europe, and the Soviet countries, so too in Ireland, she wrote freely of people and groups in terms of their commitment to socialist principles and their attitude to her. She made enemies, but she made many friends. Her driving energy and intellectual ability was combined with an attractive personality.

In Ireland, her relationship with her American partner came to an end and she settled down with a well-known Irish communist.

She obtained part-time lecturing in Trinity College Dublin, and later a professorship in Dublin City University, where she taught the history of ideas and media studies.

She has published a significant number of books and articles on politics, culture and philosophy. As regards her children, her influence ensured that they did not become Catholics. In persuading others to be open minded, it is a pity that Helena Sheehan closes her own mind on the matter of religion in its largest sense.

This interesting, complicated, controversial and very honest book has one large deficiency: it does not have an index.

New! “The Return of Nature: Socialism and Ecology”
Work is Inevitable But Its Organization Is Not: CounterPunch considers “How the World Works”