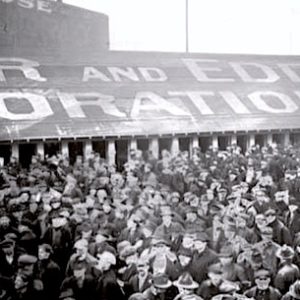 “This week, as protests continue in all fifty states and in several countries around the world against white supremacist violence and police brutality, we bring you an episode that might at first not seem related… Our talk about the organization of the working class in Seattle—including the tensions over organizing black and Japanese workers alongside white ones—explored the question of what it means when, for a little while, the working class runs the city. Because that’s what happens during a general strike. And it is happening now. Friends of the show in Minneapolis and elsewhere are not just holding the line against the police but also organizing mutual aid to make sure that people are fed. The radicals in Seattle faced intense police violence and militarized crackdowns, and the deportation of organizers deemed ‘outside agitators.’ That, too, is an important part of labor’s history….”

Listen, below, or at DISSENT