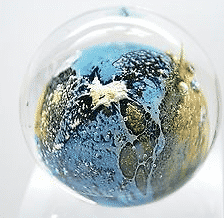 Reviewed by An Li for Science & Society

The capitalist world entered the third decade of the 21st century with another instance of chaos. What started as a controllable disease evolved into a full-blown global public health crisis that disproportionately impacts the working class. Although the pandemic came as a shock, global neoliberal capitalism’s failure to manage it is not unexpected.

The global pandemic is a perfect example of the rift in planetary health created by neoliberal capitalism. Foster and Clark’s The Robbery of Nature has been published just in time to address many key theoretical, empirical and political questions regarding the rift. Most of the chapters are revised, updated, or adapted from Foster and Clark’s previously published works.

Foster and Clark substantially extend Marx’s metabolic rift paradigm, insisting that the rift should not be considered narrowly as an environmental issue. Instead, it must be understood as an array of rifts in the metabolic relationship between human society and non-human nature in capitalist societies. Its breadth is reflected in the various terms used in the book, such as metabolic rift, ecological rift, planetary rift, corporeal rift, anthropogenic rift, epistemological rift, etc. Moreover, the rift manifests itself in the entire history of capitalism, and becomes particularly acute after industrialization.

In the 19th century, British high-farming depleted soil nutrients so much that the metabolic rift had to be repaired by importing guano from Peru and using synthetic fertilizers. Under colonial rule, 19th-century Ireland became “the site of an extreme metabolic rift” (77): As forcible eviction of the population reduced the amount of cultivated land, a greater area was “given over to pasture,” and unsustainable production of grain for export disrupted the nutrient cycle of the soil. Capital’s robbery of nature is based on treating nature as “a free gift” that is “external to the value circuit of capital” (79). Foster and Clark extend this framework to the analysis of other “rifts” caused by capital accumulation. First, capital robs women’s reproductive work by turning “women into wage slaves within industry” and expropriating their “social reproductive work in the household” (93), which leads to the dis- solution of working-class families and the subsumption of social reproduction under the production and realization of surplus value. Second, commodification of food and the growth of industrialized food production cause malnutrition in the working class, which can be seen as a rift in human corporeal existence. Third, in terms of non-human animals, the growth of the meat industry leads to alienated speciesism, in which “the pursuit of endless profits led to a broad range of animal suffering and corporeal abuse” (148). The ecological rift is further amplified by the development of “an economy of built-in waste” under monopoly–finance capitalism (249).

Foster and Clark also engage in debates with other left environmentalists, through which they reaffirm the significance and relevance of Marx’s political economy for understanding today’s planetary rift. Two of these debates may be of interest. The first revolves around Marx’s labor theory of value. Many green thinkers criticize this because it only counts value produced by labor, but treats nature’s contribution as valueless (158, 199). Thus some green thinkers have proposed a “value theory of nature” to replace the labor theory of value (223); and some empirical ecological economists have attempted to assign monetary values to ecosystem services (233). Foster and Clark strongly criticize these positions, as reflecting a deep misunderstanding of the theory of value. Under capitalism, only goods produced by labor for sale on the market have exchange values, and national income is calculated by adding up these exchange values (227). In other words, the labor theory of value does not value nature’s contribution because capitalism itself does not “incorporate nature into its value accounting” (163). In fact, Marx’s labor theory of value points to revolutions that will overthrow capitalism’s value accounting and restore use-value as the true foundation of a society’s wealth.

The second debate revolves around eco-modernist solutions to ecological problems. For many green leftists, climate change and other ecological problems can be solved by combining “the development and application of new technologies” with “state-directed technocratic planning” (273). Examples of these solutions include Green Keynesianism, state-directed deployment of renewable energies, and the making of “an entirely new nature” based on “Promethean control of nature through science and technology” (277). Foster and Clark point out that eco-modernist solutions are fundamentally awed because they raise “no direct objection to the commodification of nature, labor, and society under capitalism, and seem unconcerned by the ways that existing structures of production and consumption distort and exploit human needs” (276).

Foster and Clark make it clear that the metabolic rift can only be repaired by fundamentally changing both the relations of production and the meaning of work. Under capitalism, labor takes the form of employment, in which work- ers are not producing for their own needs and wants, but are producing for their employers. As a result, the interests of a worker’s life are divorced from labor; the capitalist labor process becomes the site of both labor exploitation and nature expropriation. Therefore, to mend the ecological rift, the meaning of work must be restored such that labor will be “useful, enjoyable, artistic,” “creative,” and “constructive” (174), and that laborers will be motivated “to create and to contribute in one’s life to the social reproduction of humanity as a whole” (189). Yet, such a transformation necessitates an “ecological and social revolution. . . aimed at the creation of a higher society in which the associated producers rationally regulate the social metabolism in accord with the requirements of the universal metabolism of nature” (213). The long ecological revolution will “and its main impetus in an environmental proletariat, formed by the convergence of economic and ecological crises and the collective resistance of working communities and cultures” (287).

Radical thinkers looking for explanations and solutions to today’s ecological crisis will find this book extremely helpful. Although Foster and Clark do not specifically focus on public health, their ecological rift theory can help us make sense of the ongoing pandemic. The jump of the virus from non-human animals to humans is another example of the metabolic rift under capitalism: as industrialization and urbanization cause deforestation and biodiversity loss, the increased contact between humans, wildlife and livestock increases the chance of pathogens jumping from animals to humans. And the failure to manage the pandemic can be explained by neoliberal capitalism’s pursuit of value and ignorance of the true wealth of society. In this context, the work of ecological Marxists such as Foster and Clark has meaningful implications for current ecological movements, e.g. the Green New Deal. Most importantly, simply replacing fossil fuels with renewable energies and replacing “brown” jobs with “green” jobs are not enough for building a sustainable society. Any plans for combating climate change and other ecological crises must also address the growing socioeconomic inequality and the increasing precarity of jobs associated with neoliberalism.

Read the review at Science & Society 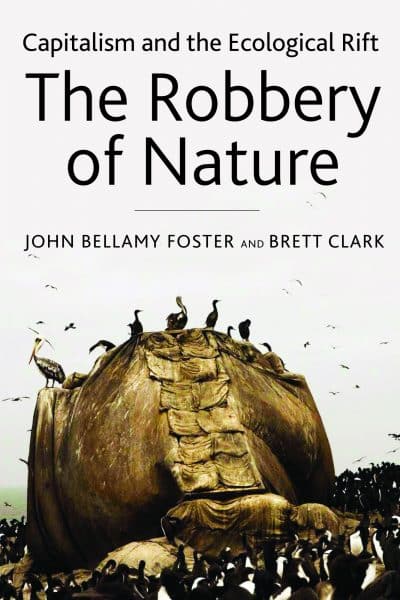 The Robbery of Nature: Capitalism and the Ecological Rift by John Bellamy Foster and Brett Clark

And as always, the Dems demobilize (Counterpunch discusses “A Left Green New Deal”)
Pooling resources and risk, we’re “stronger together” (Author of “The Labor Guide to Retirement Plans” interviewed for “Northwest Labor Press” and My Labor Radio)