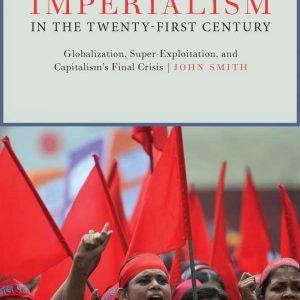 On March 9, Truthout published an excerpt from from the introduction to John Smith‘s:

“The collapse of Rana Plaza, an eight-story building housing several textile factories, a bank, and some shops in an industrial district north of Dhaka, Bangladesh’s capital, on 24th April 2013 killing 1,133 garment workers and wounding 2,500, was one of the worst workplace disasters in recorded history…. ¶ The screams of thousands trapped and crushed as concrete and machinery cascaded down upon them unleashed a full-spectrum shockwave, amplified by the anguished howl of millions around the world. The calamity made instant headline news. Consumers of clothes made in Bangladesh’s garment factories were confronted by their palpable connection to the people whose hands made their clothes, and about their miserable existence on this earth….”

Read the excerpt at Truthout.org

Celebrate Rosa Luxemburg’s birthday (her 146th) and, against all odds, bring on a swift transition to socialism!
“Globalization” = another word for financial colonialism: John Smith via Truthout