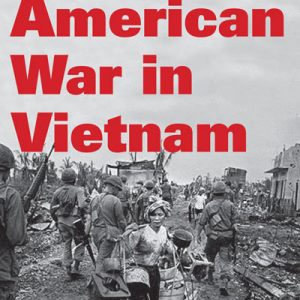 On May 25, 2012, President Obama announced that the United States would spend the next thirteen years—through November 11, 2025—commemorating the 50th Anniversary of the Vietnam War, and the American soldiers, “more than 58,000 patriots,” who died in Vietnam. The fact that at least 3 million Vietnamese—soldiers, parents, grandparents, children—also died in that war will be largely unknown and entirely uncommemorated. The reason for this appalling disconnect of consciousness lies in an unremitting public relations campaign waged by top American politicians, military leaders, business people, and scholars who have spent the last sixty years justifying the U.S. presence in Vietnam. A devastating follow-up to William L. Griffen and John Marciano’s 1979 classic Teaching the Vietnam War, The American War in Vietnam seeks not to commemorate the Vietnam War, but to stop the ongoing U.S. war on actual history.