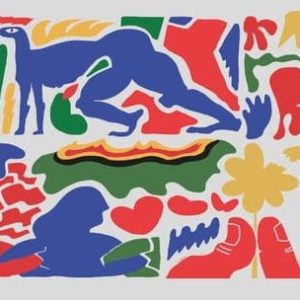 Reviewed by Esteban Mercatante for Left Voice. Translated from its original version in Ideas de Izquierda.

“…The Return of Nature is a fantastic contribution to today’s conversation on the relationship between social and natural metabolism, which is on the verge of catastrophic imbalance as a result of the unhinged dynamics imposed by capitalism.

The protagonists of The Return of Nature helped develop the conception of nature as a complete reality, in constant flux and interaction with human societies, either through their theoretical work in specific scientific fields or through more general reflections on the place of science and the effect of humanity’s actions on nature, of which it is a part.

To get an idea of the scope of the change in the scientific concept of nature that occurred from the 18th to the 19th century, we should look to the words of Engels, who is literally at the center of Foster’s book. Engels’s explanations had a profound influence on many of the other thinkers considered here, and his work stands out for the fundamental importance it assigned to capitalism’s effects on the climate — both rural and urban — and for his profound understanding of the science of his time, on which he debated on several occasions.

In his notes published posthumously as Dialectics of Nature, a fragmentary and incomplete work taken from drafts of Anti-Dühring, Engels summarizes the formidable achievements of “modern natural science,” beginning in the second half of the 15th century, which, in his opinion, “alone has achieved an all-around systematic and scientific development.” It is this interconnectivity that distinguishes it from “the brilliant natural-philosophical intuitions of antiquity.” Even as it produced revolutionary advances in various fields, Engels observed, the period of scientific discovery that lasted until the end of the 18th century is characterized by

the elaboration of a peculiar general outlook, in which the central point is the view of the absolute immutability of nature. In whatever way nature itself might have come into being, once present it remained as it was. … In contrast to the history of mankind, which develops in time, there was ascribed to the history of nature only an unfolding in space. All change, all development in nature, was denied.

For this reason, as Engels writes, “high as the natural sciences of the first half of the eighteenth century stood above Greek antiquity in knowledge and even in the sifting of material, it stood just as deeply below Greek antiquity in the theoretical mastery of this material, in the general outlook of nature.”

In Dialectics of Nature, Engels celebrated the new discoveries and theoretical elaboration that, since the second half of the 18th century, had made this static worldview increasingly untenable. In physics and in astronomy, in the nascent field of geology, in biology with the Darwinian theory of evolution and other contributions that preceded it, a different perspective was arising, one that was more rich, complete, and dynamic.

The new conception of nature was complete in its main features; all rigidity was dissolved, all fixity dissipated, all particularity that had been regarded as eternal became transient, the whole of nature shown as moving in eternal flux and cyclical course.

One of the primary preoccupations of The Return of Nature is to show how the biologists, geneticists, and other scientists working under the influence of this new framework continued to nurture it through discoveries in their respective fields, while at the same time opening the door to new conflicts between those fields and that of ecology. We’ll briefly consider some of these.

E. R. Lankester, whose work is briefly outlined in the first chapter, furthered his studies of evolution. In one of his most important works, entitled Degeneration: A Chapter in Darwinism, Lankester “rejected the popular notion of evolution as a unilinear process of progress from simpler to more complex forms” (40). Lankester affirmed that there are three possibilities in the evolution of species: equilibrium, elaboration, or degeneration. This last he defined as “a gradual change of the structure in which the organism becomes adapted to less varied and less complex conditions of life.”1 According to Foster, rejecting a linear vision of evolution is “the necessary starting point for any ecological critique” (40).

The concept of an “ecosystem” was first formulated by the botanist Arthur Tansley in a polemic against John Philips, who defended an idealist “Holistic” position (according to which the whole is more than the sum of its parts), inspired by Jan Smuts. According to holism, systems tend to convert themselves into abstractions with a predetermined meaning, and they therefore always produce “progressive” evolution. In the field of botany, over which Tansley and Philips debated, one of the main consequences of this approach was to discard any lines of evolution deemed “regressive,” be it “retrograde succession” or “external disruptions.” These concepts, treated by several materialist biologists continuing down the lines pioneered by Lankester, offered the possibility of different evolutionary results. It was in contrast to Philips’s approach that Tansley originated the concept of an ecosystem, which, according to Foster, allowed an ecological analysis “without giving way to idealism, mysticism, and teleology” (409). According to Tansley, the goal of botanical analysis should be to conceive

the whole system (in the sense of physics), including not only the organism — complex, but also the whole complex of physical factors forming what we call the environment of the biome — the habitat factors in the widest sense. Though the organisms may claim our primary interest, when we are trying to think fundamentally we cannot separate them from their special environment, with which they form one physical system. … These ecosystems, as we may call them, are of the most various kinds and sizes. They form one category of the multitudinous physical systems of the universe, which range from the universe as a whole down to the atom.2

In addition to questioning the teleological standpoint, Tansley presented the idea of nature as a totality, structured by systems of different scopes or hierarchy, each of which has specific properties, which he had sketched out in earlier works. Relationships of mutual dependence exist between various levels, each of which has different degrees of influence. Central to Tansley’s conception of ecology, Foster notes, was the dialectical notion of “the reciprocal action of different components” (410). For example, Tansley points out that

the climatic complex has more effect on the organisms and on the soil of an ecosystem than these have on the climatic complex, but the reciprocal action is not wholly absent. … What we have to deal with is a system, of which plants and animals are components, though not the only components. The biome is determined by climate and soil and in its turn reacts, sometimes and to some extent on climate, always on soil.3

Just as important as the works elaborated on here are contributions from John Desmond Bernal, John Needham, J. B. S. Haldane, and several others.

A central question taken up by many of the authors surveyed by Foster is that of “emergentism.” According to Marxist scholar Zbigniew A. Jordan, emergentism, a concept which is implicit in the work of Engels, holds that

material reality has a multilevel structure; each of these levels is characterized by a set of distinctive properties and irreducible laws; and each level has emerged from temporally prior levels according to laws which are absolutely unpredictable with respect to those operating at the lower levels.4

This way of understanding material reality, alongside the conclusions that emerge from it when studying it, is a point emphasized by several of the thinkers Foster has assembled. The aforementioned thought of Tansley is based on Hymen Levy’s theory, in which nature is characterized as a set of hierarchical and interdependent systems. Starting from there, he argues that “the whole method of science … is to isolate systems mentally for the purposes of study, so that the series of isolates we make become the actual objects of our study.” The isolated system, though, should always be conceived as a part of a larger reality, with which it is related and interacts: “The systems we isolate mentally are not only included as parts of larger ones, but they also overlap, interlock, and interact with one another. The isolation is partly artificial, but is the only possible way in which we can proceed.”5

the materialist-scientific method uses abstraction as a method for ascertaining scientific laws whereby nature’s complexes can be isolated for analysis and investigated. Moreover, if there is any meaningful approach to examining nature it lies in recognizing that the world is in a constant state of flux…

You can read the full review, “Marxism and the Origins of the Ecological Critique” at Left Voice 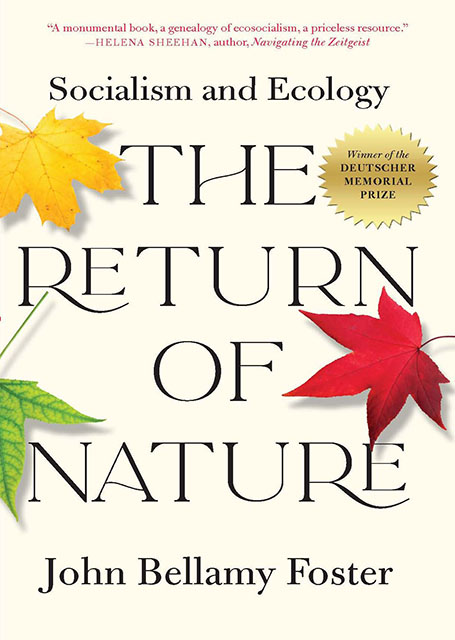