A Request to Friends of Monthly Review from John Bellamy Foster

From the time the current rightist government in Hungary came into power, the archive of Georg Lukács–a preeminent Marxist of the 20th century–has been under a brutal attack. It has been gradually deprived of its subvention from the Hungarian Academy of Sciences and of its ability to pay its staff. Now, the government threatens to sell the property on which it is located and disperse the archive. A foundation has been formed in Hungary to endeavor to protect and preserve the archive. A number of Monthly Review editorial committee members, authors, and friends have joined this effort and have helped to organize an international letter of support. To further that effort, Monthly Review author and friend István Mészáros has asked us to address an appeal to you: 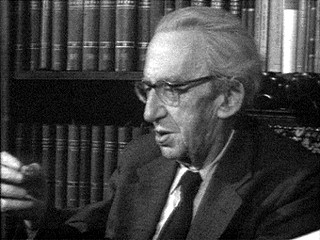 Georg Lukács was a preeminent Marxist philosopher as well as an aesthetician, literary historian, and critic. Click here to sign.

My greatly beloved Teacher and Friend, Georg Lukács, lived in an Apartment on the bank of the river Danube.

I was privileged to stay with him there on countless occasions over the years.

After he died, that Apartment became the Lukács Archive, under the Authority of the Hungarian Academy of Sciences.

Sadly, however, due to Government interference, the Archive is now threatened with Closure, and his Library and historically most important Documents with a totally uncertain future.

This should not be allowed to happen.

Thousands of people expressed their support in Hungary and all over the world in favor of the Lukács Archive.

It would be a great help if the Readers of Monthly Review joined them in every way in this vital effort to save the Lukács Archive, for the benefit of future generations of Researchers, and for our shared cause of a socialist transformation.

Please consider adding your name to the letter of support.

—John Bellamy Foster for the editorial committee of Monthly Review