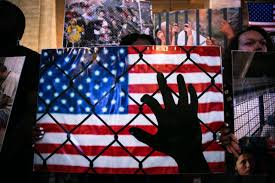 David L. Wilson, author, with Jane Guskin, of The Politics of Immigration: Questions and Answers, has written an urgent piece for Truthout, demanding more attention be paid to the Migrant Protection Protocols, which have forced thousands of immigrants into dangerous detention in Mexico. “One thing that can turn this situation around,” writes Wilson, “is militant activism of the sort that confronted the Muslim ban and the family separation policy.”

“The most successful of Trump’s anti-immigrant measures up until now — and possibly the most vicious — hasn’t been getting the attention it deserves. ¶ In operation since late January, Migrant Protection Protocols (MPP), originally called “Remain in Mexico,” allows the U.S. government to push most non-Mexican asylum seekers into Mexico once immigration officials have cleared them to make an asylum claim. As of early September, the number of people forced into Mexico under MPP had reportedly risen to more than 42,000….” 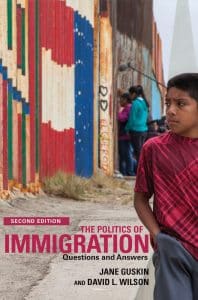 “The Intellectual Development of Karl Marx”–Louis Proyect reviews vol. I of Michael Heinrich’s biography of Marx
Sensible use of crops? Burn them: “The Biofuels Deception” reviewed by Counterfire