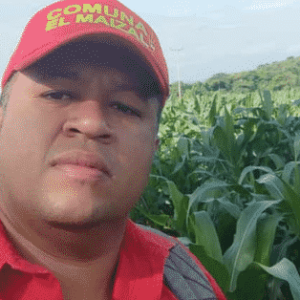 By Cira Pascual Marquina and Chris Gilbert, coauthors of Venezuela: The Present as Struggle

El Maizal Commune lies in the fertile lands between the Lara and Portuguesa states in western Venezuela. Founded in 2009, this rural commune has since become an important political and economic force in both the region and the country. It not only produces huge amounts of corn every year, but also raises cattle and pigs, along with a growing number of additional side enterprises. Most importantly, El Maizal Commune forges new social relations and new human beings: people committed to the socialist project that Chávez promoted during his lifetime.

This summer, we took the challenge to leave Caracas – where a pragmatic capitalist restoration is generally seen as the best way to respond to the economic crisis and sanctions – with a view to discovering how Venezuela’s most successful commune confronts the current multi-crisis. We embarked on the difficult journey (gasoline shortages have turned what should be a five-hour trip into a day-long odyssey) to talk to El Maizal’s seasoned communards about how they see the country’s situation, the solutions they have learned through experience, and the future they project for the besieged country.

In the first of this three-part series, we listen to El Maizal’s communards explain the principal effects of the sanctions and the ways in which this flagship organization works to maintain Chávez’s communal path towards socialism.

Ángel Prado: Back around 2015 and 2016, when resources became scarce and speculation with food and currency devaluation began, we were concerned that our project could disappear because the psychological impact on people was huge. It was felt not only in the city but also in the rural areas. Public banks used to finance farm projects in Venezuela to buy inputs. Those years were very difficult, even demoralizing!

The sanctions have severely affected the commune’s production and also the life of the pueblo. Imperialism finished off Iraq and Libya, and they are trying to do the same with us. Sanctions amount to a declaration of war.

In desperation, some people here gave up the struggle. Some went to work in the private sector, while others sold all they had and simply left the country. The crisis and the sanctions were a harsh blow, which struck deeply into people’s subjectivity, into their very spirit.

But Chávez taught us about dignity, about popular participation and popular power, along with participation in elections. Here in El Maizal we were able to maintain our project. We did so with an active and combative spirit, despite the disappearance of things necessary for our production processes, including diesel, gasoline, spare parts, and seeds.

The blockade and the sanctions have affected Venezuela’s rural areas in a powerful way. Here the problem is not so much about lack of food, but rather machinery and agricultural inputs. (After all, there is not a single person in these villages who does not have a tomato plant in their garden.) However, the lack of inputs affects us a great deal.

People here understood that if they did not produce food, they were going to die of starvation. Yet the lack of inputs generated widespread concern and many problems. Nevertheless, the dynamism of this community, of this commune, meant that the population here did not just spend its days looking at social media and complaining about how the blockade would kill us, how there were no seeds, etc.

To avoid demoralization, we encouraged participation in different areas: occupying land; election processes; productive, cultural, and educational work; establishing links with other communes; and so on.

All of this helped us avoid demoralization, which is what was experienced by those people who don’t even want to be in their country, who do not even want to struggle. I think that one of the things our enemy most wants is to demoralize people and take away their desire to struggle. Our attitude, our willingness to struggle – rather than wait around for a miracle to occur – led us to hook up with many other people, and in turn, people began to pay attention to us.

In short, the sanctions have affected El Maizal Commune’s production a great deal, and also the life of the pueblo here. We have had big losses in production, together with human losses. For example, if a person has kidney problems or cancer, they may not be able to get chemotherapy or radiotherapy and someone will have to go to Colombia to get it. Perhaps they will have to sell their home, and when they get back, the family member might well have died. These are not just material losses, but also human ones.

Yohander Pineda: Regarding the communes, Chávez said that building them would not be easy, and we would find many barriers and roadblocks. Chávez, who was indeed a visionary, said that communes required a lot of hard work and would face contradictions. Yet he claimed that the commune was our path towards socialism. Hard work and commitment would open the path toward socialism for us.

These have been hard times. The crisis, the sanctions, the pandemic, and other factors have made it difficult to get anything: from seeds to gasoline and diesel fuel to replacement parts for tractors to medical attention for communards and the community.

For example, we are now planting our fields. Finding fuel for the tractors has been a real ordeal. All this slows down the process. If we need to repair our farm machinery, purchasing a spare part is extraordinarily expensive. That will affect things downstream, when harvesting comes around.

When El Maizal was born, the government had many resources and was clearly committed to the communes. Now things are different. Still, our commitment to Chávez’s project hasn’t dwindled. Rather it is stronger than ever. That is why we work hard day in and day out. In so doing, we produce food for the people suffering the worst consequences of the sanctions. We also demonstrate that communal production is not only possible but also can be efficient.

So, yes, the sanctions have had a huge impact, but the challenge has forced us to be more creative. In fact, I think that we have grown as revolutionaries in this situation, and our communal project has taken hold in the people.

Prado: As part of his anti-imperialist discourse, Chávez warned us about the need to study the enemy that we are facing.

He used the example of Cuba for how to confront an external enemy. That country has endured a 60-year blockade, but its population dies very old, wins Olympic medals, carries out scientific research, and benefits from technology and advanced health care. All of this in a poor country that is under siege, but which resists and struggles in a revolutionary way!

Well, Chávez warned us about possible scenarios like this that could come about because of our country’s anti-imperialist stance and also because we are an oil-producing nation, along with other raw materials that superpowers want to control and appropriate. A leftist government was sure to enter into many contradictions with the US, and this was going to affect the popular classes.

Hence in 2009, when El Maizal was founded, we began to build a whole agricultural infrastructure, struggling to take over means of production. A commune can’t be just a slogan, it can’t be mere rhetoric. We tried to develop a new form of organizing through collective work, by caring about the project of the commune, by teaching through example, and by being careful about our leadership – to not let people down, to not lose legitimacy. We began to work with social initiatives like the Housing Mission and Mercal [state-owned supermarket chain], but we simultaneously developed a productive apparatus.

In the end, the situation turned out to be the dire one that Chávez predicted! However, when the crisis arrived, our hard work allowed us to resist because of the economic resources that by then belonged to the commune and our acquired experience with productive work. We were able to confront the crisis because we were both economically and ideologically strong…. 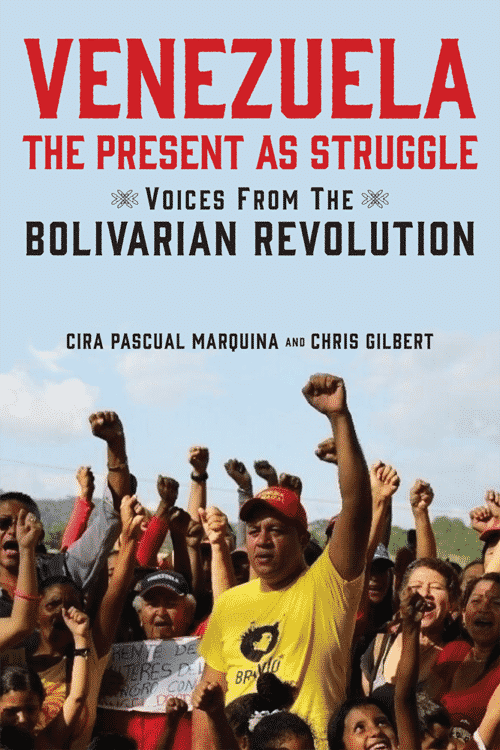 As Modi pushes neoliberal “reforms,” let’s remember: Why were the banks nationalised in India? (Prabhat Patnaik, coauthor of “Capital and Imperialism,” in Portside)
The border crisis: Another big lie from the Right (David Wilson, in Truthout)