The Rise of the Tea Party: Political Discontent and Corporate Media in the Age of Obama

by Anthony DiMaggio and MR Admin

What to make of the Tea Party? To some, it is a grassroots movement aiming to reclaim an out-of-touch government for the people. To others, it is a proto-fascist organization of the misinformed and manipulated lower middle class. Either way, it is surely one of the most significant forms of reaction in the age of Obama.

In this definitive socio-political analysis of the Tea Party, Anthony DiMaggio examines the Tea Party phenomenon, using a vast array of primary and secondary sources as well as first-hand observation. He traces the history of the Tea Party and analyzes its organizational structure, membership, ideological coherence, and relationship to the mass media. And, perhaps most importantly, he asks: is it really a movement or just a form of “manufactured dissent” engineered by capital? DiMaggio’s conclusions are thoroughly documented, surprising, and bring much needed clarity to a highly controversial subject.

This acute and highly informed analysis of the Tea Party phenomenon brings to light the reality that lies behind excited media portrayals, crucially distinguishing the ‘movement’ itself from the far larger and more significant popular sectors that are misled into believing that it responds to their authentic grievances, which are unaddressed in the mainstream political system. It is a dangerous mix, as history reveals. This lucid and careful study could hardly be more timely.

This is the definitive book on the Tea Party phenomenon, its fake populism, and its impact on the public sphere. This book offers an important analysis of how right wing forces are able to hijack the economic insecurity felt by the vast majority and divert it towards elite driven agendas. A must read.

—Deepa Kumar, associate professor of Media Studies at Rutgers University; author, Outside the Box: Corporate Media, Globalization, and the UPS Strike and Islamophobia and the Politics of Empire

The authoritative must-read on the subject. With a combination of painstaking research and analytical force, DiMaggio pulls back the curtain to show the Tea Party for what it is: a PR front group for billionaires and corporations. This is the one book everyone concerned about American politics needs to read, and fast.

The Rise of the Tea Party may be one of the most significant books on cultural politics, the media, and social movements published in the last decade. Building on the work of a number of theorists, DiMaggio makes clear that twenty-first century politics cannot be understood outside of the formative culture that shapes it. Taking the Tea Party as an exemplary case study, this fascinating book adds not only to our understanding of the rise and influence of this conservative movement, it also deepens our knowledge of the educational force of a larger culture that is central to any viable notion of politics. This is a must read for anyone concerned about politics, the cultural apparatuses of public pedagogy, and the emergence of the Tea Party in the United States.

—Henry Giroux, author, Education and the Crisis of Public Values

Understanding the current political climate is the first necessary step toward shaping a realistic political agenda for the next decade. This timely book makes a significant contribution toward our understanding of the current political, social, and political climate in the U.S. Aimed at influencing public opinion and policy, the Tea Party—or better said, the Business Party—has recently dominated the mass media discourse through its well-orchestrated propaganda campaigns. What’s at stake? Why should we care? To learn the answers to these and other questions, I recommend reading this timely, analytical, engaging, thought-provoking, and informative volume. The only way to revitalize the American dream is to replace the outdated political ideologies with fresh and collaborative, not divisive, approaches.

Extremely important and timely. The Tea Party’s popularity and media attention is vastly overplayed, and leaves false impressions within the boarder social milieu in this country. This book is vital to the immediate future of human rights, civil liberties, and democracy and will serve as a beacon of understanding and theory building both inside the academy and within community activist groups. It is expertly documented and readable for both academics and lay people, and a work of understanding social movements that will permanently contribute to the literature inside social movement studies. Most importantly it offers a new interpretation of the Tea Party as a media mediated top-down phenomenon highly compatible with a neo-liberal agenda. 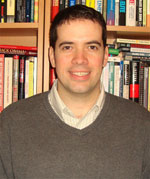 Anthony DiMaggio is an expert in the study of mass media and public opinion, and the author of numerous books, including Crashing the Tea Party, When Media Goes to War, and Mass Media, Mass Propaganda. He has written for various media outlets, including Counterpunch, Z Magazine, Z Net, MR Zine, Black Agenda Report, Alternet, Common Dreams, and Truthout. He has taught American and Global Politics at several colleges and universities.