Dear Reader, we make this and other articles available for free online to serve those unable to afford or access the print edition of Monthly Review. If you read the magazine online and can afford a print subscription, we hope you will consider purchasing one. Please visit the MR store for subscription options. Thank you very much. —Eds.
Notes from the Editors
by The Editors
(May 01, 2011)
buy this issue

On March 15, 2011, we received the following letter from Robert W. McChesney, former coeditor of MR and Gutgsell Endowed Professor of Communication at the University of Illinois at Urbana. Bob lives in Madison, Wisconsin, which in February and March, was the site of an intense class conflict over public-sector workers’ rights to organize. We are reprinting his letter in full here, as we think it will be of interest to all MR readers.

Wisconsin has, over the past month, seen the greatest surge in labor activism and class consciousness in the United States in at least sixty-five or seventy years. Had I, only three months ago, suggested that would be a likely development, I might have been considered insane. The rebellion, and that is the best word for it, began in Wisconsin in mid-February, when newly elected Governor Scott Walker proposed a budget provision that would effectively end collective bargaining for all public employee unions except those that had supported him (namely, the police and firefighters) in the general election. Walker did not campaign on the issue; yet he claimed the regressive change was necessary to address a budget crisis. This narrow and ridiculous argument provided the frame for most mainstream media, with a few notable exceptions.

The spuriousness of Walker’s claims soon became self-evident. The public worker unions agreed to all of the financial demands the governor made, so there was no justification for eliminating collective bargaining to solve any budget crisis. But Walker was adamant nonetheless, and fourteen Democratic state senators fled to Illinois to deny Walker’s legislative allies the quorum they needed to ram through the union-busting measure. Three weeks later, Walker and his allies reversed course and claimed the union-busting provision was not needed to address the state’s supposed financial crisis. This gambit allowed the issue to be addressed as a non-fiscal issue, meaning that no quorum was required under Wisconsin legislative rules. With this new calculus in place, Republican legislators passed the union-busting portion of the bill and the governor signed it into law.

What makes this an extraordinary story, however, was the response of the Wisconsin working class. The idea of eliminating the long-standing right to collective bargaining—Wisconsin was the first state to approve broad-based collective bargaining for public workers, back in 1959—struck a raw nerve. As soon as word about Walker’s bill leaked out, thousands of people, led by the public school teachers, went to the state capitol in Madison to demonstrate. Many hundreds occupied the capitol building and remained there for several weeks. Daily demonstrations attracted thousands of people, then tens of thousands. Saturday rallies drew as many as eighty thousand people. The final major rally, held the Saturday after Walker signed the new union-busting law, attracted one hundred fifty thousand people over the course of two major demonstrations held at the capitol that day.

The crowd was significantly middle-aged and older, white working class and middle class, the sort of folks the media tell us are gravitating toward the Tea Party. At the same time, these were enormous crowds, and students, younger people, and children were everywhere. For the first time at a progressive political event, at age fifty-eight, I felt decidedly older than the average participant. It was glorious.

But the numbers, amazing as they are, do not come close to indicating what was taking place. These demonstrations were nearly spontaneous and decidedly grassroots. Organized labor was certainly a crucial player, but the national Democratic Party was nowhere to be found. The creativity and joy of the protesters—it was like people were waking up after a long, forced hibernation—was palpable. The brilliant protest signs were almost all homemade and alternated between being incisive and hilarious. The protests also buried the mainstream media’s obsession with the billionaire-financed Tea Party as a grassroots populist movement. The Tea Party actually held a few counter protests—one featuring the media’s favorite union-hating worker, Joe the Plumber—but these were so abjectly pathetic by comparison they were quietly discontinued.

Most striking was the class solidarity. Both public unions exempted by Walker—the police and firefighters—loudly supported the protests and were active participants. They pointedly understood they would be on thin ice if other public workers lost the right to collective bargaining. Private-sector unions rallied to the defense of collective bargaining, for the same reason. And the ideas and approaches borne in Wisconsin spread quickly. In Indiana, a state that eliminated public-sector collective bargaining in 2005, legislation was before its Republican legislators to limit private-sector unions. Indiana’s Democratic legislators fled the state too, also to Illinois.

The protests have had widespread popular support. Nonunion workers understood that the downward pressure on their wages would only continue if public workers were crushed. Small businesses understood that they would have less demand for their products if people had declining incomes. The tired, right-wing cliché, cooked up and re-heated by billionaire-financed think tanks and PR agencies, about how right-wingers in power were protecting the interests of private-sector workers and taxpayers, found no traction. That case was closed early on, when Ian Murphy, a blogger pretending to be billionaire right-winger David Koch, was able to have (and record) a twenty-minute telephone conversation with Walker. The astonishing recording became mandatory listening in Wisconsin; it demonstrated that Walker would stop at nothing to smash collective bargaining, and that Walker saw this as part of a national counter-revolution in labor relations and politics that would roll the clock back a good one hundred years. Walker also revealed himself as having so little personal integrity, charm, or humanity that he made Richard Nixon look like Nelson Mandela.

Over the four weeks of protests, the critiques offered in speeches, chants, and protest signs evolved and became far more radical. Racism and immigrant-bashing were nowhere to be found among the protestors; quite the contrary. Demands for higher taxes on corporations and the rich, ending the wars in Iraq and Afghanistan, attacking the growth of poverty and grotesque economic inequality, guaranteed jobs and quality health care and education for all U.S. residents became common. This was a political fight, and Wisconsin promised to be the first in what was becoming, state-by-state, a national battle, not only for the future of the nation, but also for our survival. Speakers and protestors routinely spoke of unions being the only protection from privatization, even from the effective end of public education. The right’s campaign to eliminate labor and any institutional forces that could get in its way, as well as efforts to doctor the voting laws to make it more difficult for the poor and the young to vote, pointed starkly to the class nature of the struggle.

In Wisconsin, the immediate energy is going toward recall campaigns for eight Republican state senators. Likewise, considerable discussion attends the prospect of a general strike. Attention is also shifting to the numerous battlefronts opening up nationwide, from Indiana and Ohio and Michigan, to Idaho and Florida, and beyond. A series of brutal battles is emerging as the right-wing hopes to consolidate its recent electoral gains by making structural changes that will make its power all but permanent. What has changed is that now, for the first time in a long time, the battle has been joined. Where this leads to remains to be seen, and much will be determined by the hard work of activists and organizers over the coming months. One cannot be an American who lived through the final decades of the twentieth century without feeling skeptical about the prospects for the U.S. left, but this is clearly a new historical moment, and could constitute the beginning of a remarkable and long overdue chapter in the history of popular revolt against corporations, moneyed interests, and the politicians who do their bidding.

Judith Socolov (born Judith Coplon on May 17, 1921), who died aged eighty-nine last February 26, was a lifelong champion of literacy, racial equality, women’s rights, and social justice. She also was a good friend of MR. For decades, she regularly attended and helped organize MR events. A Barnard graduate, in 1949 Judith held a civil service job as a political analyst in the foreign agents registration section of the Department of Justice. That year, she was arrested, charged with espionage, and convicted. The conviction was overturned as the product of illegal wiretapping in a still significant opinion by Judge Learned Hand, United States v. Coplon, 185 F.2d 629 (2d Cir. 1950). Unfortunately, the principle set out by Learned Hand, that “national security” claims cannot overcome the taint of evidence obtained by illegal government behavior, has since been much eroded. But Judith’s name will always be connected with a high point in U.S. legal history. She was again subjected to prosecution, and again a conviction was set aside as a result of governmental impropriety. The charges against her were not entirely dropped until 1967. She went on to receive an MA in education from Yeshiva University, and worked at McGraw-Hill, publishing bilingual books on education. Her good friend, New York State Supreme Court Justice Emily Jane Goodman, said Socolov was “utterly committed to social justice. That was her passion. She was involved with teaching, educating, publishing, bringing literacy to people who might be shortchanged in schools and prisons.” Full of spirit and energy, Judith was always there when MR needed a helping hand. We will miss her. 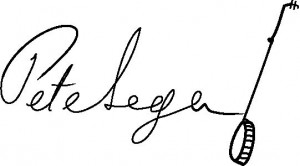