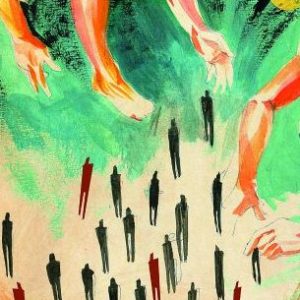 Eric Williams and the tangled history of capitalism and slavery

Before he became a celebrated author and the founding father and first prime minister of Trinidad and Tobago, Eric Eustace Williams was an adroit footballer. At his high school, Queen’s Royal College, he was a fierce competitor, which likely led to an injury that left him deaf in his right ear. Yet as Williams’s profile as a scholar and national leader rose, so did the attempts by his critics to turn his athleticism against him. An “expert dribbler” known for prancing downfield with the ball kissing one foot, then the other, Williams was now accused by his political detractors of not being a team player. Driven by his desire to play to the gallery—or so it was said—he proved to be uninterested in whether his team (or his nation, not to mention the erstwhile British Commonwealth) was victorious.

What his critics described as a weakness, though, was also a strength: His willingness to go it alone on the field probably contributed to his willingness to break from the historiographic pack during his tenure at Oxford University, and it also led him to chart his own political course. Williams, after all, often had good reason not to trust his political teammates, particularly those with close ties to London. Moreover, he was convinced that a good politician should play to the gallery: Ultimately, he was a public representative. And this single-minded determination to score even if it meant circumventing his teammates, instilled in him a critical mindset, one that helped define both his scholarship—in particular his groundbreaking Capitalism and Slavery—and his work as a politician and an intellectual, though admittedly this trait proved to be more effective at Oxford and Howard University than during his political career, which coincided with the bruising battles of the Cold War.

A new edition of Capitalism and Slavery, published by the University of North Carolina Press with a foreword by the economist William Darity, reminds us in particular of Williams’s independent political and intellectual spirit and how his scholarship upended the historiographical consensus on slavery and abolition. Above all else, in this relatively slender volume, Williams asserted the primacy of the enslaved themselves in breaking the chains that bound them, putting their experiences at the center of his research. Controversially, he also placed slavery at the heart of the rise of capitalism and the British Empire, which carried profound implications for its successor, the United States. The same holds true for his devaluation of the humanitarianism of white abolitionists and their allies as a spur for ending slavery. In many ways, the book augured his determination as a political actor as well: Williams the academic striker sped downfield far ahead of the rest and scored an impressive goal for the oppressed while irking opponents and would-be teammates alike. But his subsequent career as a politician also came as a surprise: Despite his own radical commitments as a historian, as a politician Williams broke in significant ways from many of his anti-colonial peers. For both reasons of his own making and reasons related to leading a small island nation in the United States’ self-proclaimed backyard, Williams as prime minister was hardly seen as an avatar of radicalism.

Eric Williams was born in 1911 in Port-of-Spain, the capital of Trinidad and Tobago, then a financially depressed British colony. His father was far from wealthy, receiving only a primary education before becoming a civil service clerk at the tender age of 17. In his affecting autobiography, Williams describes his mother’s “contribution to the family budget” by baking “bread and cakes” for sale. She was a descendant of an old French Creole family, with the lighter skin hue to prove it.

Despite his humble origins, the studious and disciplined Williams won a prized academic scholarship at the age of 11, putting him on track to become a “coloured Englishman,” he noted ruefully. His arrival at Oxford in 1931—again on a scholarship—seemingly confirmed this future. There he mingled in a progressive milieu that included the founder of modern Kenya, Jomo Kenyatta, and the self-exiled African American socialist Paul Robeson. It was at Oxford that Williams wrote “The Economic Aspect of the Abolition of the West Indian Slave Trade and Slavery,” which was later transformed into the book at hand. In both works, but in the book more decisively, Williams punctured the then-reigning notion that abolitionism had been driven by humanitarianism—an idea that conveniently kept Europeans and Euro-Americans at the core of this epochal development. Instead Williams stressed African agency and resistance, which in turn drove London’s financial calculations. He accomplished this monumental task in less than 200 pages of text, making the response that followed even more noteworthy. Extraordinarily, entire volumes have been devoted to weighing his conclusions in this one book.

It would not be an exaggeration, then, to say that when Williams published Capitalism and Slavery in 1944, it ignited a firestorm of applause and fury alike. His late biographer, Colin Palmer, observed that “reviewers of African descent uniformly praised the work, while those who claimed European heritage were much less enthusiastic and more divided in their reception.” One well-known scholar of the latter persuasion assailed the “Negro nationalism” that Williams espoused in it. Nonetheless, Capitalism and Slavery has become arguably the most academically influential work on slavery written to date. It has sold tens of thousands of copies—with no end in sight—and has been translated into numerous European languages as well as Japanese and Korean. The book continues to inform debates on the extent to which capitalism was shaped by the enslavement of Africans, not to mention the extent to which these enslaved workers struck the first—and most decisive—blow against their inhumane bondage.

Proceeding chronologically from 1492 to the eve of the US Civil War, Williams grounded his narrative in parliamentary debates, merchants’ papers, documents from Whitehall, memoirs, and abolitionist renderings, recording the actions of the oppressed as they were reflected in these primary sources. The book has three central theses that have captured the attention of generations of readers and historians. The first was Williams’s almost offhand assertion that slavery had produced racism, not vice versa: “Slavery was not born of racism,” he contended, but “rather, racism was the consequence of slavery.” To begin with, “unfree labor in the New World was brown, white, black and yellow; Catholic, Protestant and pagan,” with various circumstances combining to promote the use of enslaved African labor. For example, “escape was easy for the white servant; less easy for the Negro,” who was “conspicuous by his color and features”—and, Williams added, “the Negro slave was cheaper.” But it was in North America most dramatically that slavery became encoded with “race” and thus, through its contorted rationalizations, ended up producing a new culture of racism.

This thesis was provocative for several reasons, but perhaps most of all because it implied that once the material roots of slavery had been ripped up, the modern world would finally witness the progressive erosion of anti-Black politics and culture. This optimistic view was echoed by the late Howard University classicist Frank Snowden in his trailblazing book Before Color Prejudice: The Ancient View of Blacks. Of course, sterner critics could well contend that such optimism was misplaced, that it misjudged the extent to which many post-slavery societies had been poisoned at the root. But this sunnier view of post-slavery societies was spawned in part by the proliferation of anti-colonial and anti–Jim Crow activism in the 1940s and ’50s.

Williams’s second thesis hasn’t stirred as much controversy, but it also exerted an enormous influence on the scholarship to come: He insisted that slavery fueled British industrial development, and therefore that slavery was the foundation not only of British capitalism but of capitalism as a whole. To prove this claim, Williams cited the many British mercantilists who themselves knew that slavery and the slave trade (not to mention the transportation of settlers) relied on a complex economic system, one that included shipbuilding and shackles to restrain the enslaved, along with firearms, textiles, and rum—manufacturing, in short. Sugar and tobacco, then cotton, were ferociously profitable, adding mightily to London’s coffers, which meant more ships and firearms, in a circle devoid of virtue. Assuredly, the immense wealth generated by slavery and the slave trade—the latter, at times, bringing a 1,700 percent profit—provided rocket fuel to boost the takeoff of capitalism itself.

If Williams’s first thesis has been critiqued by subsequent historians and scholars, who have found its apparent optimism about the ability to uproot racism misguided, his second has been largely embraced and bolstered by subsequent scholars, including Walter Rodney in How Europe Underdeveloped Africa and Joseph Inikori in Africans and the Industrial Revolution in England.

The latter, in fact, goes farther than Williams does. Inikori argues that before the advent of the slave trade, England’s West Yorkshire, the West Midlands, and South Lancashire were poorer regions; but buoyed by slavery’s economic stimulus, they became wealthy and industrialized. Similarly, in the period from 1650 to 1850, the Americas were effectively an extension of Africa itself in terms of exports, buoying the former to the detriment of the latter. More polemically, Rodney portrays Africa and Europe on a veritable seesaw, with one declining as the other rises, the two processes intrinsically united in a manner that echoes Williams…

Read more at The Nation

Gerald Horne is author of American Book Award-winning The Dawning of the Apocalypse: The Roots of Slavery, White Supremacy, Settler Colonialism, and Capitalism in the Long Sixteenth Century, The Apocalypse of Settler Colonialism: The Roots of Slavery, White Supremacy, and Capitalism in Seventeenth-Century North America and the Caribbean, Jazz and Justice: Racism and the Political Economy of the Music, and Confronting Black Jacobins: The United States, the Haitian Revolution, and the Origins of the Dominican Republic, all published by Monthly Review Press.

Externalization of costs, an Indonesian case study (“Value Chains” reviewed by Global Labour Journal)
Getting your pension shouldn’t be a gamble (Forthcoming book, “The Labor Guide to Retirement Plans” reviewed for Labor Notes)