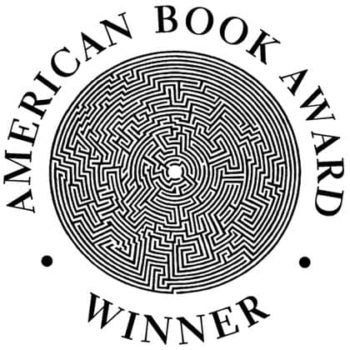 August 2019 saw numerous commemorations of the year 1619, when what was said to be the first arrival of enslaved Africans occurred in North America. Yet in the 1520s, the Spanish, from their imperial perch in Santo Domingo, had already brought enslaved Africans to what was to become South Carolina. The enslaved people here quickly defected to local Indigenous populations, and compelled their captors to flee. Deploying illuminating research, The Dawning of the Apocalypse is a riveting revision of the “creation myth” of settler colonialism and how the United States was formed. Here, Gerald Horne argues forcefully that, in order to understand the arrival of colonists from the British Isles in the early seventeenth century, one must first understand the “long sixteenth century”—from 1492 until the arrival of settlers in Virginia in 1607.

Gerald Horne is one of the great historians of our time. His scholarly erudition is impeccable and his revolutionary fervor is undeniable.

Admirably direct and astonishingly learned, this brilliant study upends the conceit of US historians that the origins of race, and especially whiteness, can be located in little patches of the Anglosphere that became parts of the original United States. Telling a much bigger and more compelling story—one featuring a Black Atlantic that includes Africa and Spain, and their Islamic worlds, as well as broader swathes of the Americas—Horne dramatically rewrites not only the history of race but also that of capitalism.

Gerald Horne has probed the founding of the United States in previous brilliant books; now he goes back in time to the origins of European colonialism in the 16th century, seeking the origins of the ideology of white supremacy. The Dawning of the Apocalypse presents an original narrative that challenges the myths of United States exceptionalism.

Brilliant and uncompromising as ever, in his latest effort Gerald Horne traces the roots of settler colonialism to their points of origin, along the way demolishing a host of triumphalist myths enshrined by contemporary settler societies seeking to valorize the history of how they came to be. The Dawning of the Apocalypse is indispensable reading for anyone wishing to understand how the past has shaped our present circumstance and thus plot the course necessary to reach a radically better destination in the future.

Gerald Horne’s extraordinary work brings into focus the emergence and decline of intersectional global histories across Europe, Africa, and Asia, leading to Pan-European colonization. With an acute historian-analytical voice and enthralling storytelling, Horne lays to bare the role of early empires and the defining inhumanity unleashed for material greed which culminated into the Apocalypse of Slavery, White Supremacy, Settler Colonialism, and Capitalism. While questioning the dominant Eurocentric narrative, The Dawning of the Apocalypse also offers us a pathway towards a new Humanity.

In The Dawning of the Apocalypse, Gerald Horne has rendered an astonishing reorientation of the violent advent of global modernity and the brutal collisions of Europe with the Americas, Africa, and the Middle East. For Horne, the “long sixteenth century”—the tempestuous years of conquest, exploitation, and dispossession between 1492 and 1607—provides a blood-stained archive explaining the predilections of our present. In those years, an emergent “Pan-European” project began an assault against Islam, the peoples and states of Africa, and the indigenous populations of the Americas—jump-starting the expropriative machine of colonialism, giving rise to whitesupremacy, and stoking the infernal engines of modern capitalism. At once meticulously researched and rigorously argued, The Dawning of the Apocalypse is another stunning masterwork from the preeminent radical historian of our era.

Gerald Horne is John J. and Rebecca Moores Professor of African American History at the University of Houston. A prolific scholar, he has written more than three dozen books for which he has garnered many awards. These include Confronting Black Jacobinsa and The Dawning of the Apocalypse, both published by Monthly Review Press, along with Race to Revolution and Jazz & Justice.