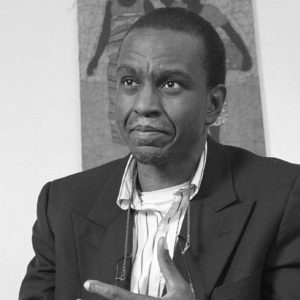 Recently, Daniel Jacobs and Luc Bronder-Giroux, of The Platypus Affiliated Society, interviewed Gerald Horne, prolific author and historian, to discuss, in The Platypus Review the legacy of what Horne refers to as the “American Revolution” and the settler colonial project in light of the recent wave of protests in response to the killing of George Floyd by police and against the backdrop of the upcoming U.S. presidential election. What follows is an edited transcript of this discussion.

“Daniel Jacobs: From a general standpoint, what led you to research the history of the 16th and 17th centuries with respect to the settler colonial project?
Gerald Horne: A number of factors led me in that direction. One is that I was looking for synthetic overviews of the 16th and 17th centuries and was unable generally speaking to find those overviews. You can find studies and monographs that deal with various aspects of those two centuries and, as my footnotes suggest, I draw upon those various studies extensively. The second point is when I started on this road I was generally dissatisfied with the origin stories, which I refer to often as creation myths, of the founding of the United States of America. I have also at various times referred to it as the immaculate conception theory of the founding of the United States of America….”

Read the interview at The Platypus Review

John Bellamy Foster presents a history of Eco-Socialism to “Letters and Politics”
Via SFtv, KPFA radio: “Tell The Bosses We’re Coming: A New Action Plan For Workers In The Twenty-First Century”

Dead Epidemiologists: On the Origins of COVID-19