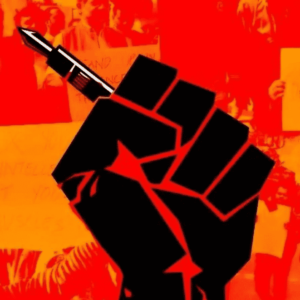 For more than a century, U.S. historians, political scientists, constitutional scholars, and jurists have probed and analyzed the complicated, contradictory, and evolving relationship among civil liberties, national security, and political repression. Whatever the historical scope of these individual studies, inevitably they have had to confront the events and policies of the World War I era. Contrary to conventional wisdom, the U.S. participation in the First World War—and in postwar international proceedings—generated widespread and heated opposition. Pervasive dissent challenged government and business leaders’ rationale for entering the war (their wartime aims) and the imposition of a national draft. Seeking to control, if not extinguish, this popular opposition, American public and private elites developed an exhaustive propaganda machine and a wide-ranging system of political repression.

…(Chester raises) intriguing points regarding the Wilson Administration’s vindictive approach to political radicals such as Debs and members of the IWW. Dissecting the state’s rhetoric and machinations regarding a pardon for Debs—after he was convicted for violating the Espionage Act—Chester clarifies precisely why and how political repression operated during the era. Equally enlightening is Chester’s review of Charles Warren, the Justice Department official who used the British experience to write the Espionage Act of 1917. Although other historians have noted Warren’s central role in formulating the official apparatus of repression, Chester clearly demonstrates that the future constitutional scholar believed in the ends justifying the means, i.e., that the total societal mobilization required by the world war necessitated making antiwar activity equivalent to treason. Mainstream scholars tend to portray Warren and President Woodrow Wilson as quintessential Progressives. But Chester’s evidence clearly demonstrates their authoritarian tendencies.

In general, Chester scrutinizes the very jurists, policymakers, and political thinkers who scholars often credit with defending and advancing the cause of civil liberties during and after World War I. But the traditional “heroes”—Roger Baldwin, Zechariah Chafee, Louis Brandeis, Oliver Wendell Holmes, etc.—simply do not measure up to Chester’s absolutist position on the right of free speech and dissent. Arguing that only imminent foreign invasion or social disorder should limit Americans’ First Amendment rights, Chester points to the U.S. Supreme Court’s Milligan decision in 1866. That case partly dealt with whether the state could deny civilians the right to be tried in civilian courts during a wartime emergency. Writing for the majority, Justice David Davis maintained that the government could not arbitrarily declare martial law and thereby use military tribunals: “‘martial law cannot arise from a threatened invasion. The threat must be actual and present’” (p. 256). Extrapolating from this decision, Chester contends that, during World War I, the U.S. government justified eroding basic civil liberties on the basis of vague threats to national security and public order. “As set out in the majority opinion in the Milligan decision, only the threat of a violent rebellion that renders the civil authorities powerless can create a situation in which the right to dissent can be restricted by the government’s actions” (pp. 390–91). Chester’s analysis of how Croly, Chafee, Holmes, and Brandeis each contributed to the development of this modern doctrine of free speech during wartime raises important questions for readers to contemplate, and for other scholars to study further.

Read the full review at Journal of Arizona History 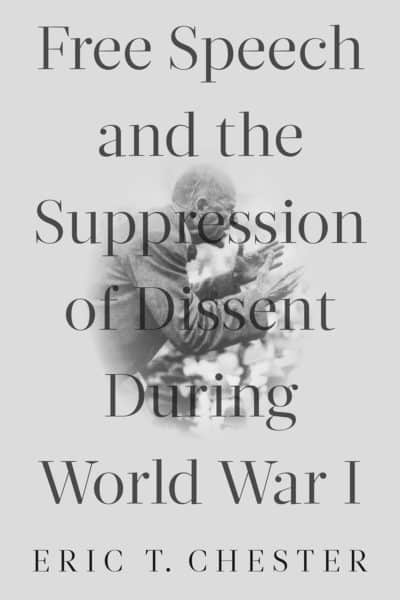