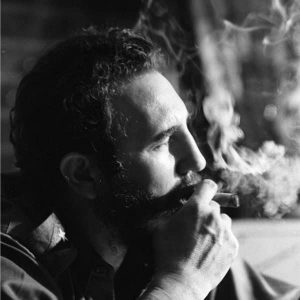 Monthly Review joins millions of people around the world in mourning the death and honoring the life of Cuban revolutionary leader, Fidel Castro, who died November 25, 2016, at the age of 90

From the Independent:
“World leaders have begun to pay tribute to the former Cuban leader and revolutionary Fidel Castro who has died aged 90. ¶ The incumbent Cuban President Raul Castro announced his brother had died at 10:29pm on state television late on Friday night. He ended the announcement by shouting the revolutionary slogan: ‘Toward victory, always!’…”

Read the article in the Independent

“Offering great surprise”: A Hidden History of the Cuban Revolution reviewed by Toward Freedom
Official Statement from the Council of State of the Republic of Cuba