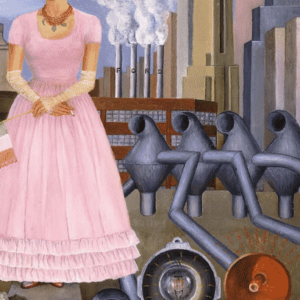 “To use Marxist terminology we need to see the ‘welfare state’ as a dialectical formula, one that arises from class struggle as inherently part of the state itself, which arrives through a conflict between labor and capital.” So begins an interview with David Matthews, by Chris Wellard of the Postcapitalism Podcast. Matthews has written for Monthly Review Magazine extensively, and is the forthcoming author of a book from MR Press on the Marxist view of the Welfare State, through the lens of disability.

Marxist theorists, Matthews says, “correctly identify that the welfare state has important functions for capitalism, in terms of producing a labor force which is productive,” but none of this should take away from the achievements of those among the working classes who agitated for a welfare state, whether from a socialist revolutionary or a reformist perspective. “That kind of ignores the history behind the welfare state in many of its manifestations,” including the role of the welfare state in providing a mean towards defending workers’ productive capacity. The welfare state for example, by protecting worker health and safety and the assuring the right to rest, protected workers from injury, from what Matthews would clearly distinguish as “disability,” but what Marx and Engels called “impairment.”

And Marx and Engels argued that in many ways, certainly in the capitalism of their era, the body could be seen as an appendage to productive machinery….and the “normal” body, if you want to use that term, is the one which can keep up with the productivity of machinery, of factory life.  And what Marx argued in fact was that in most cases, the productivity of machinery could outpace that of the ‘normal’ body, if you want to put it that way…”

Listen above or at Postcapitalism Podcast