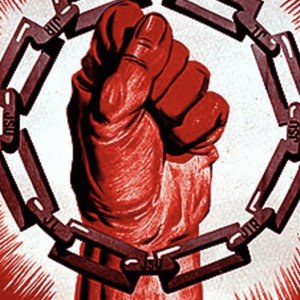 When an aging Abe Osheroff recalled why, as a 21-year-old kid from Brooklyn’s Brownsville neighborhood, he had volunteered to join the International Brigades in the Spanish Civil War in 1936, he framed it as a personal, ethical decision.

“Some of my friends were already going over. Some of them had been killed and wounded. … Then I began to see pictures of what was going on. … Bombardments, civilians getting plastered all over the place. … I knew that if I didn’t go, I’d be ashamed all my life.”

Today, his words seem to echo those of individuals from around the world who are willing to risk their lives to help Ukraine in its desperate struggle against the Russian invasion.

“Sitting by and doing nothing? I had to do that when Afghanistan fell apart, and it weighed heavily on me. I had to act,” a U.S. veteran confessed to a New York Times reporter before he headed east.

Encouraged by Ukrainian President Volodymyr Zelenskyy, volunteers are signing up – according to some reports, by the thousands – to join the ranks of what The Guardian has called “the most significant international brigade since the Spanish civil war.”

The Guardian is not the first to draw an analogy between 1930s Spain and today’s Ukraine. But tempting as it is to compare the two, doing so does more to obscure than to explain either of the conflicts.

In some instances, I see the analogy relying on distorted frames inherited from the Cold War; in others, it seems to be driven by blatant opportunism.

The Spanish Civil War broke out in the summer of 1936 after an attempted military coup, led by Gen. Francisco Franco, failed to overthrow the government of the Popular Front, a liberal-progressive coalition that had been democratically elected to lead the Second Spanish Republic. But while the Republican government managed to hold on to Spain’s largest cities and about half of the national territory, the right-wing rebels took control of the other half. They proceeded to wage a bloody war.

Republican forces faced a well-equipped rebel army that Nazi Germany and Fascist Italy had supplied with soldiers, planes, weapons and tanks. By contrast, other democracies left the republic to fend for itself, with more than two dozen countries signing a nonintervention pact. The republic was also shut out of the international arms market, leaving only the Soviet Union and Mexico as sources of military support. After the republic’s defeat in 1939, a repressive military dictatorship headed by Franco ruled Spain for the next 36 years.

Osheroff was one of roughly 2,800 U.S. volunteers – and more than 35,000 from around the world – who flocked to Spain to help fight fascism. These foreign fighters were largely recruited through communist organizations, although many were not communists. What they had in common was their staunch opposition to everything fascism stood for. Upon arriving in Spain, the volunteers became fully integrated members of the Spanish Republican Army, where most of them served in one of five International Brigades.

As a scholar of the Spanish Civil War and its legacy, I can see why many people would be tempted to read the war in Ukraine through a Spanish lens.

Much as in civil war Spain, Ukrainian cities are being bombarded and civilians are dying, while those attacked are putting up an unexpectedly persistent defense against a much stronger enemy. As in Spain, the war is producing seemingly unending streams of refugees. And, as in Spain, the war seems to reflect an unusual degree of moral clarity – “It’s a conflict that has a clear good and bad side,” one U.S. veteran told The New York Times – while the fate of the world seems to hang in the balance.
Motivated by class solidarity

Yet historical analogies are never perfect, rarely useful and often misleading. For one thing, the geopolitics of today has little connection to the 1930s. In 1936 there was no NATO, only a weak and ineffectual League of Nations, and no threat of nuclear war.

Furthermore, the volunteers who joined the International Brigades in 1936 from Europe, the Americas, the Middle East and Asia had little in common with the combat veterans and Ukrainian nationalists who are signing up today, and whose politics, as NPR has reported, are vague and may skew to the right or far right. While the Russian invasion clearly violates Ukrainian sovereignty, those defending Ukraine represent ideologies that cover the entire political spectrum.

By contrast, very few of the volunteers in Spain had military training or experience. And if Osheroff knew that the Spanish war was also his to fight, it was, as he explained, because he’d grown up steeped in progressive politics.

He and his fellow brigaders were driven by the internationalist solidarity that’s the bedrock of the labor movement, but they also knew they had a personal stake in the struggle. Many of them were Jews and immigrants; they belonged to a generation that, as the historian Helen Graham has written, was resisting “attempts, by fascism, either alone or in coalition, violently to impose ethnic and class hierarchies both old and new across the whole continent.”

The analogy falters in other ways as well. The half-million Spanish refugees who fled Spain in the last months of the war were not welcomed with open arms. The French government put them in concentration camps, while most countries around the world closed their borders, with some notable exceptions, such as Mexico. During Germany’s occupation of France, as many as 15,000 of the Spanish Republicans interned in France were deported to Nazi camps, where some 5,000 died.

And yet in 1945, as Europe was liberated from fascism, the Allies decided to leave Franco alone and let him retain his grip on Spain. By the 1950s, Franco had become a U.S. ally in the Cold War.
Distorting history

That same Cold War reshaped how the story of the Spanish Civil War was told. In the U.S., it became common to paint the anti-fascist volunteers as communist dupes. In 1984, U.S. President Ronald Reagan famously said the Americans in Spain had joined the wrong side.

Prompted by the Ukraine war, some of these Cold War clichés are slipping back into mainstream journalism. The New York Times reporter covering Zelenskyy’s international fighters, for instance, wrote that the adventure of the Americans in Spain, “often romanticized as a valiant prelude to the fight against the Nazis,” had “ended badly.” In reality, many of those who fought fascism in Spain went on to join the Allied armies in World War II. Others formed the backbone of the resistance movements in Nazi- and fascist-occupied territories.

Invoking the Spanish Civil War to frame the invasion of Ukraine as a clash between fascism and anti-fascism, moreover, plays into the Kremlin’s narrative, which seeks to portray the “special military operation” as an effort to “denazify” its western neighbor.

Ironically, one of the most opportunistic invocations of the historical analogy occurred in Spain itself. In early March 2022, when Spain’s progressive governing coalition decided to send arms to the Zelenskyy government, the country’s largest newspaper, El País, ran a supportive editorial stating: “Today, the weapons to defend Ukraine are the weapons that the Second Spanish Republic did not have 80 years ago.” In fact, the controversial decision to provide arms was dividing the governing coalition; the paper’s heartstrings-tugging invocation of the embattled Spanish Republic was an obvious attempt to end the debate.

If there is one way in which the Ukrainian analogy with Spain applies, it is the tragic way the country is being used as a proxy in a battle between the world’s great powers….

Read the full article at The Conversation 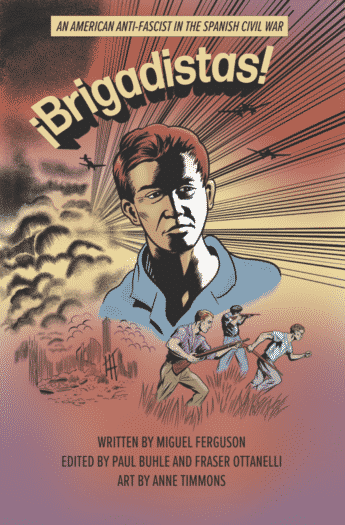 Urgently rethinking our relationship with the natural world: Where to start? (Listen to Foster interviewed on New Books Network)
“They have their own populations to consider” (Vijay Prashad on Democracy Now!)