It is slowly becoming clear that we are heading towards a deep ecological catastrophe. Our societies carbon footprint and its impact have been known for some time, and already we are starting to see the effects in terms of melting ice, warming oceans and more frequent extreme weather. This will contribute to food and water shortages, political unrest and migration crises that we are ill-prepared for.

In a context such as this, it has become urgent that we rethink the natural world and our relationship to it, but knowing where to start is difficult. Fortunately, John Bellamy Foster has stepped forward with just such a book. Picking up where his book Marx’s Ecology left off 20 years ago, The Return of Nature: Socialism and Ecology (Monthly Review Press, 2021) starts with the funerals of both Karl Marx and Charles Darwin, kicking off a story of the many people who worked in their combined shadow. Foster guides us through a century of scientific development in the relatively new field of ecology, showing how many of it’s founders were influenced by the socialist critique of capitalism, and vice-versa. What readers will find are a collection of texts and figures who understood that an economic model that prioritizes profit above all else will eventually have to start asking more of the earth than it can afford to give, incurring long and deep debts that we are now starting to pay. On the one hand, many ecologists have found Marx’s critical analysis of capitalism helpful for thinking dynamically about nature and scientific practice. On the other hand, ecologists have offered socialists a number of theoretical concepts and frameworks for their own thinking. In between are a number of other characters who make their own contributions to discussions on economics and nature, as well as literature, history, epidemiology, race, oppression and emancipation.

The product of several decades of research, this is a book accessibly written but rigorously researched with footnotes meticulously collected for those looking for a jumping off point through various archives. It reveals a hidden history of the relationship between science and sociology, between economics and nature and gives us characters who were able to see the seeds we were sowing, but also an unyielding faith that it doesn’t have to be this way, that a more sustainable world is possible. 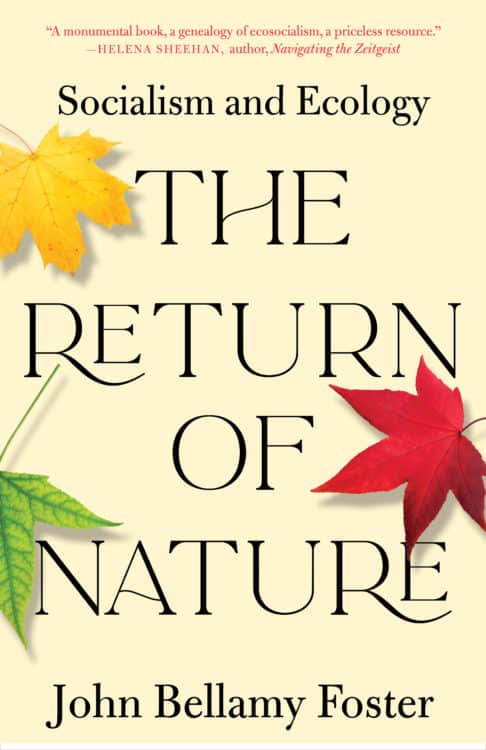 A counter to denialist Marxism (“Value Chains” lauded by The Review of Radical Political Economics)
From Spain to Ukraine, a fight against fascism? (Hero of ‘!Brigadistas!’ featured in The Conversation)