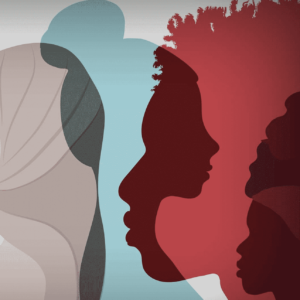 The editor of the New York Times Book Review should read this influential insert over which she presides. Thus, in the 14 November 2021 edition, Elaine Elinson of San Francisco wrote:

I’m wondering if anyone else found it ironic, in the 125th anniversary issue (Oct. 24), that all of the great fiction included by women authors — including some iconic feminist works — was reviewed by men.

Some, like those who reviewed Doris Lessing’s “The Golden Notebook” and Sylvia Plath’s “The Bell Jar,” just didn’t get it! Were there no women reviewers on the roster?

What this perceptive letter writer observed could just as well be said for reviews of Black books and writers, for the person chosen to review the new book co-edited by the estimable Nikole Hannah-Jones, i.e. ‘The 1619 Project: A New Origin Story,’ was none other than Adam Hochschild, scion of a family that likely has done more damage to Africa—and by implication, African-Americans—than any other since slavery was abolished in 1865.

To begin with, the Bay Area’s Mr. Hochschild probably should read the New York Times too, for he repeats the misleading critique of this work—taken up with a vengeance by certain mainstream scholars—that slavery had little or nothing to do with the revolt against British rule in 1776. Just before Hochschild’s reprimand, Times Editor, Jake Silverstein in an informative analysis of the 1619 Project that he authorized, quoted two- time Pulitzer Prize winning historian, Alan Taylor, suggesting precisely that slavery had quite a bit to do with 1776. Not physician heal thyself but reviewer please read the publication where you write.

Readers should know that I am not necessarily a disinterested party in that my book, ‘The Counter-Revolution of 1776: Slave Resistance & the Origins of the USA’ (not to mention preceding texts I wrote summarizing the 17th and 16th centuries, the latter of which just won the American Book Award) deals precisely with this fraught matter. Contrary to Hochschild and others new to the historiography of the 18th century, the case for slavery and the founding does not turn alone on ‘Somerset’s case’ or the 1772 case—as powerful as it was–wherein a London judge suggested that slavery should no longer obtain in England—a matter so well-known that it was represented by Hollywood in the stirring movie, ‘Belle’, starring Gugu Mbatha-Raw…

You can read Horne’s full piece at Konch Magazine

In addition to The Dawning of the Apocalypse: The Roots of Slavery, White Supremacy, Settler Colonialism, and Capitalism in the Long Sixteenth Century, for which Gerald Horne recently won the American Book Award, Horne is author of The Apocalypse of Settler Colonialism: The Roots of Slavery, White Supremacy, and Capitalism in Seventeenth-Century North America and the Caribbean, Jazz and Justice: Racism and the Political Economy of the Music, and Confronting Black Jacobins: The United States, the Haitian Revolution, and the Origins of the Dominican Republic, all published by Monthly Review Press.

“In Seattle, for a time, they did things differently…” (HISR reviews Cal Winslow)
And as always, the Dems demobilize (Counterpunch discusses “A Left Green New Deal”)