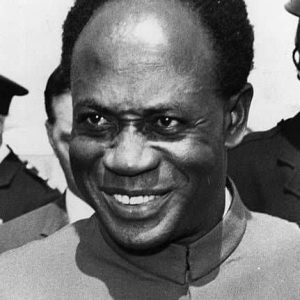 We are very glad to to announce a new series charting movement memory, titled MR CLASSICS, starting with Kwame Nkrumah’s thought, the philosophy he called ‘Consciencism.” What are the issues his book raised? What are the questions it continues to inspire? Which of them remain unresolved? Watch below as Dr. Charisse Burden-Stelly and Dr. Layla Brown guide us through this seminal work and deeply consider its contemporary relevance.

Watch above or here

Kwame Nkrumah (1909-1972) was an influential socialist theorist and Pan-Africanist. He was Prime Minister of the Gold Coast (later Ghana) from 1952 until 1960 and subsequently as President of Ghana before being deposed by the National Liberation Council in 1966. As the first president of Ghana after independence Kwame Nkrumah was at the center of what he called “the African revolution” and its ideology. Setting out his personal philosophy, Nkrumah blended different sources from within Africa, the canon of Western philosophy, and black intellectuals in North America and Europe. He termed the intellectual framework for his political action, “consciencism.”

Why “consciencism?” This was a call for African countries to cultivate their foundational integrity, in relationship to and united with one another, by adopting socialist political structures which were consistent with traditional African egalitarian values. In ‘Consciencism,’ Nkrumah grappled with the role of philosophy and Marxist–Leninist theory, in relation to the social context of the African continent and the necessity of its decolonization. Characterizing traditional African society as essentially egalitarian, he argued that a new African philosophy must draw its nourishment chiefly from African roots, according to the principles of Social Justice, Pan-Africanism, Self Determination, African Personality, and Anti-Imperialism.

More on the MR Classics Series:

The MR CLASSICS series carves out dedicated space for exploration of the contemporary relevance of essential texts published by Monthly Review Press, through informal exchanges between the scholars and activists they have impacted, with an eye to informing and nourishing an emergent movement towards political education.

Why does movement memory matter?

Through MR Classics we seek to make visible a long history multi-generational activism, and the fractured links between them. The erasure of historical continuity between social movements – even when many of the same exact people are involved from one generation to the next – has disrupted our ability to make the revolutionary transformation we all desperately require. Through these conversations we are playing a role in breaking a traumatic cycle, working to restore a sense of continuity between movements that have been truncated through state “intervention,” but that in spirit, thought and practice never ended.

This series has been a long time coming, and there is a real need for it. 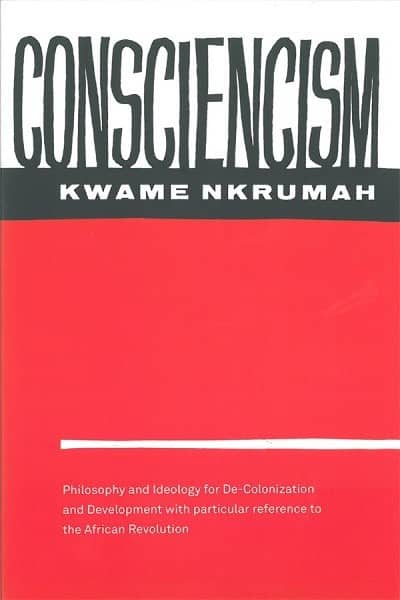 The dialectical contradiction between ‘inside’ and ‘outside’ was reduced by making the visible world continuous with the invisible world. For them heaven was not outside the world but inside it. These African societies did not accept transcendentalism, and may indeed be regarded as having attempted to synthesize the dialectical opposites ‘outside’ and ‘inside’ by making them continuous, that is, by abolishing them. In present-day Africa, however, a recognition of the dialectical contradiction between ‘inside’ and ‘outside’ has a great deal to contribute to the process of decolonization and development, for it helps us to anticipate colonialist and imperialist devices for furthering exploitation by diverting our energies from secular concerns.
….
Now, materialism is a serious, objective, almost descriptive kind ofmetaphysics. As a minimum, it affirms the existence of matter independent of knowledge by mind. This minimal conception is obviously grossly inadequate. It is open to a materialist philosophy, but not compulsory, to assert for its second thesis the primary reality of matter. Here, matter would be whatever has mass and is perpetually active; and, in its manifestation, matter would be co- extensive with the universe.

It is is obvious from the foregoing skeleton history of philosophy that philosophy could very easily come to be divorced from human life. It becomes so abstract in certain Western universities as to bring its practitioners under the suspicion of being taxidermists of concepts. And yet the early history of philosophy shows it to have had living roots in human life and human society.

Imperialism, which is the highest stage of capitalism, will continue to flourish in different forms as long as conditions permit it. Though its end is certain, it can only come about under pressure of nationalist awakening and an alliance of progressive forces which hasten its end and destroy its conditions of existence. It will end when there are no nations and peoples exploiting…

The ideology of a society is total. It embraces the whole life of a people, and manifests itself in their class-structure, history, literature, art, religion. It also acquires a philosophical statement. If an ideology is integrative in intent, that is to say, if it seeks to introduce a certain order which will unite the actions of millions towards specific and definite goals, then its instruments can also be seen as instruments of social control.

If one seeks the social-political ancestor of socialism, one must go to communalism. Socialism has characteristics in common with communalism, just as capitalism is linked with feudalism and slavery. In socialism, the principles underlying communalism are given expression in modern circumstances. Thus, whereas communalism in an untechnical society can be laissez foire, in a technical society where sophisticated means of production are at hand, if the underlying principles of communalism are not given centralised and correlated expression, class cleavages arise, which are the result of economic disparities, and accompanying political inequalities. Socialism, therefore, can be and is the defence of the principles of communalism in a modern setting. Socialism is a form of social organisation which, guided by the principles underlying communism, adopts procedures and measures made necessary by demographic and technological developments.

These considerations throw great light on the hearing of revolution and reform on socialism. The passage from the ancestral line of slavery via feudalism and capitalism to socialism can only lie through revolution: it cannot lie through reform. For in reform, fundamental principles are held constant and the details of their expression modified. In the words of Marx, it leaves the pillars of the building intact. Indeed, sometimes, reform itself may be initiated by the necessities of preserving identical fundamental principles. Reform is a tactic of self-preservation.

But because the spirit of communalism still exists to some extent in societies with a communalist past, socialism and communism are not in the strict sense of the word ‘revolutionary’ creeds. They may be described as restatements in contemporary idiom of the principles underlying communalism. On the other hand, in societies with no history of communalism, the creeds of socialism and communism are fully revolutionary, and the pas- sage to socialism must be guided by the principles of scientific socialism….