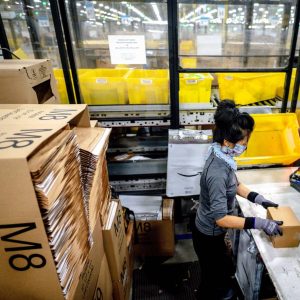 In the last years of his life, my father spent many days in intensive care. He had emphysema, the product of too many cigarettes and exposure to asbestos and silica dust at the glass factory where he labored for 44 years. Once during a visit, he said from his oxygen tent that a man was following the nurses around, marking down whatever they did. The nurses were trying to form a labor union, and the observer was noting their times and motions, no doubt in an effort to spot wasted efforts that had to be corrected and to intimidate them. My father said, “Dad did that to me once.”

My grandfather was an industrial engineer, the company man with the stopwatch timing workers’ motions so that these could be reengineered and the workers ordered to perform their jobs with greater “efficiency”; that is, faster, resulting in increased glass production per hour and more profits for the employer. Grandpa “time-studied” his son, illustrating perfectly that workers, no matter their capacities, interests — in a word, their humanity — are, to those who hire them, simply commodities to be manipulated and controlled. Treated no differently than the raw materials, tools, machinery and buildings with which the employees interact to produce the goods and services of modern society.

I have studied and written about work for more than 50 years, my own and that of many others, to uncover its nature, what its consequences are for those who do it, and what might be done to change it for the better. My last book reflects what I have learned; it is titled Work Work Work: Labor, Alienation, and Class Struggle. Its thesis is simple. In a capitalist economy, businesses, spurred by incessant competition, seek to make maximum profits and to use these to achieve high, unending growth. To get what they want, however, they must rigorously control what goes on in their workplaces. The power to do this is embedded in the nature of our system: A few individuals own society’s productive wealth, while the many need access to it to survive. The latter then must sell their ability to work to the former. While the advantage obviously lies with the few, the desires of employers and workers diverge, as anyone who has worked knows. Those who labor are controlled, treated as objects, but this necessarily negates the fact that workers cannot think of themselves as commodities. Workplaces are thus alive with tensions. Management must try to control the labor process, the way in which work is done, if it is to thrive, but this must be done in the face of potential resistance, in form of sabotage, slowdowns, strikes, picketing, boycotts, mass quitting and political agitations.

The essence of management is control, and the history of capitalism is but a sequence of the implementation of “control mechanisms.” (My book provides the detail of these, their effects on workers and the possibilities for radically changing the way we labor. Here we can give only a summary.) At capitalism’s dawn, people worked at home, producing cloth, for example, with wool loaned (put out) to them by merchants who were now capitalists. When this proved inefficient, the owners of the wool herded the weavers into factories, hiring women and children (often orphans) to aid them. Here, the employer could watch them to make sure they stole no wool and, importantly, to see exactly how they performed their labor tasks. The factory whistle served to habituate those who toiled inside to the rhythms of a new work regimen, punishing those who were late or left early.

The supervisors hired to watch over their charges soon saw that a person trained in a craft divided his task into component parts — that is, details or subtasks. It was a short step to see that it would be cheaper to hire untrained workers — at first, mainly women and orphaned children — to do the details and reserve the craftsmen for what the untrained laborers could not do. The number of people who could perform each detail was very large, and this kept wages low and employees fearful of being easily replaced. Once power sources such as water wheels and steam engines could make effort independent of the workers’ bodies, some of the subtasks were mechanized. Machines could control workers directly, making them “appendages” to a mechanism, to use Karl Marx’s famous word. Furthermore, as mechanization became more sophisticated, work became further degraded, such that the human ingenuity needed for the labor process to proceed successfully diminished as the level of mechanization increased…..

On this Labor Day, perhaps it is time for all members of the world’s working class, to ask themselves, why is work so often a “torment,” an “affliction,” done under “compulsion”? Why does it feel as if our bosses are “persecuting” us? Why does it wreck our bodies? Why does it seem so meaningless? It certainly doesn’t have to be and was not for most of our time on Earth. And then ask, if this is true, how can we create a society in which we control our own labor, where work is a natural and necessary part of life, one we do to produce the essentials of life, not for someone else’s riches but for use by everyone, equally and in harmony with the natural world?

In answer to these questions, perhaps every labor union, workers’ center, grassroots political organization and newly formed groups of those who want to change the world should embrace the slogan of Brazil’s Landless Workers’ Movement: “Occupy, Resist, Produce.” Use the wealth of unions, political organizations and the pooled money of workers to buy land and produce food on it collectively; build new, cheap, energy-efficient housing — training people to both do and control the work. Forge worker-community cooperatives and collectives. Pressure governments everywhere to aid these efforts. Compel employers, by organized strength, to change the way work is done. Demand a say over the introduction of new technology. Insist on an end to employer surveillance.

The possibilities are many, and the goal of unalienated work is of the greatest importance. How can capitalism be transcended and a new world constructed unless the essence of this system — controlled labor — is abolished?

Read the rest at Truthout 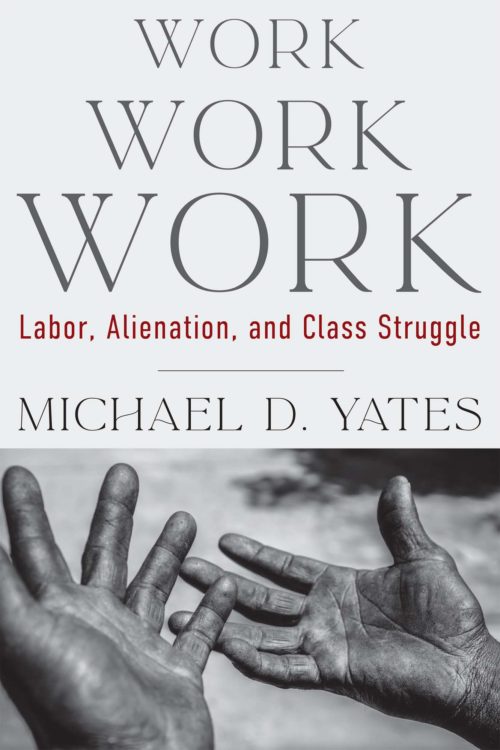 Marxism and the Climate Crisis (John Bellamy Foster on the ‘Historical Materialism podcast’)
Notice what Kohei Saito is reading?