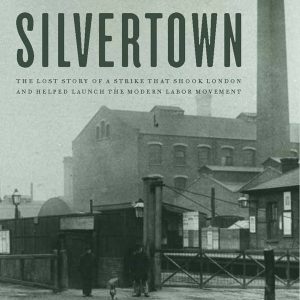 This Page publishes ‘diary’ style individualised entries by Rowan Cahill and Terry Irving on matters relating to the theory, practice, and living, of radical history, and radical scholarship. Each entry is dated, and attributed to its respective author. Neither author necessarily agrees with, nor necessarily endorses, the views expressed by his fellow ruminant.

John Tully writes in the Preface to his new book, Silvertown – The Lost Story of a Strike that Shook London and Helped Launch the Modern Labour Movement, (Monthly Review Press, 2014), that ‘Conservatives have attacked some of my previous work as being partisan, and this book should upset them again.’ Radical historians, however, will welcome it for precisely that reason. And treasure it, because this is a way of writing labour history – or any history – that academic historians usually run a mile from. Radical historians know that it is impossible to be non-partisan. As Tully explains, ‘Historians must always be scrupulous with the facts, but we should be deeply suspicious of claims that studies of human society can be “value free”.’

The Silvertown strike occurred in 1889, so Tully illustrates his argument by considering the historical debates about the social impacts of industrialisation: ‘Historians have established that the Victorian era was a time of endless pain for the British working class. … Incredibly, there are some today who deny the undeniable, just as there were many at the time who ignored the conditions that created their wealth.’

So, this is what he is saying: there was a class struggle then and there is a class struggle now. The historian writing about ‘then’ has to be partisan ‘now’, if she wants to be scrupulous with the facts (about that pain and the struggle waged against its sources); the partisan historian writing ‘now’ commits to continuing that struggle by bringing the past into the present. Tully refuses to apologise for having written back into history the labourers of Silvertown, and he finishes his book with the wish that ‘Those who today resist what is in effect the declaration of class war by a feral ruling class may find inspiration in the story of these forgotten labourers over 120 years ago.’

I have just written a review of John Tully’s book for Recorder. It is a brilliant book about a strike that, although lost, was part of a struggle that ensured that class and socialism would be central to the British labour movement. He tells the story at a cracking pace and seductive changes of voice. He takes the trouble to justify his partisan position and choice of method. And underpinning the story is his meticulous research.

John Tully deliberately sets out to make his book ‘as accessible to a wide readership as possible’, and this may be as upsetting to conservatives as his approach to his subject. In an interview on the Monthly Review Press website, he explains:

I guess that stems from my agreement with Marx in his “Theses on Feuerbach” that “philosophers have hitherto interpreted history, the point, however, is to change it”. For an academic like myself, ideas are intrinsically interesting things, but as a socialist academic, I hope that my writing can help change the world.

Changing the world: that is the key to why John Tully writes materialist history. Materialists are routinely accused of being old fashioned by fellow academics. This accusation was directed at me recently. We are charged with being ignorant of the latest epistemological thinking that has made materialism obsolete, and treated with distain for not engaging with the latest idealist ways of doing history.

You can always tell an idealist historian by this test: their analyses of ideas, representations, individual lives or even movements are never connected to analyses of social power. In effect what is going on when idealist historians make these charges is a move to sidestep the issue of power as an irreducible element in any historical situation, and hence the issue of historians taking sides in the ideological battles arising from the relationships of power in their situation. John Tully, socialist, historian, political scientist and novelist, a rigger in his youth, knows a thing or two about power, and what he knows frames everything he writes.