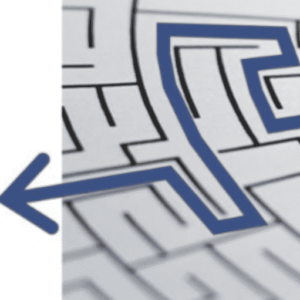 The ongoing debate about reviving the U.S. labor movement tries to grapple with the devastating decline in the union membership rate from one-third of the workforce in the 1950s to less than 11% today. In this discussion, occasionally a book comes along that is a great combination of labor history, thoughtful analysis of union organizing, and suggestions for ways forward. Shaun Richman’s Tell the Bosses We’re Coming: A New Action Plan for Workers in the Twenty-First Century is such a book.

Richman is the Program Director of the Harry Van Arsdale Jr. School of Labor Studies at the State University of New York Empire State College. He brings the unique perspective of a veteran organizer who stepped away from union work to rethink organizing strategy and the legal framework in which unions operate. His willingness to question many core beliefs of the labor movement is in the recent tradition of Jane McAlevey and Joe Burns.

PROBLEMS FROM THE BEGINNING

The early chapters of the book give an accessible laugh-so-you-don’t-cry tour through labor history that reveal several important trends. One is that the labor relations framework we have today began in 1935 when the authors of the National Labor Relations Act (NLRA) decided to base it on the Constitution’s Commerce Clause, rather than more fundamental Constitutional rights. This made preventing obstructions to commerce the main reason that workers should have the right to organize. This theory paved the way for decades of conservative court decisions that chipped away at union power and freedom. Moreover, union practice evolved not as a deliberately planned strategy by brilliant organizers back in the day, but as responses to the changing legal environment and other circumstances, all while under sustained assault from anti-union forces.

The list of bad court cases since the NLRA is long, and Richman gives us a sample. Why can bosses permanently replace striking workers? The Mackay case of 1938. Why aren’t sit-down strikes protected activity? The Fansteel case of 1939. Other rulings have held that intermittent and partial strikes are unprotected. All these restrictions on strikes are an outrageous obstruction of workers’ rights to concerted activity. But then we remember the NLRA is supposed to minimize disruption.

Another important issue: Because of the Taft-Hartley Act of 1947, bosses can conduct coercive captive audience meetings to scare workers trying to organize. Richman reminds us that unions were allowed equal time to counter these meetings until the General Electric & McCulloch Corp case of 1966 ended that practice. Unions were thrown the bone of the Excelsior List (employer provides a list of workers before a union election) from the Excelsior Underwear case of 1966. Is that a good tradeoff? No. It’s better for unions to build their own worker list, and captive audience meetings are very effective for employers. So we can see how the environment for unions worsened over time.

THE PRICE OF PEACE

Then there’s union practice. Why do nearly all unions have multi-year contracts with no-strike and management rights clauses? Richman spends some time on this, and we can essentially trace this back to the pattern set by the United Auto Workers (UAW) “Treaty of Detroit” in 1950. The union agreed to an extended “labor peace” in exchange for a ton of money, and gave up on trying to participate in “managerial” decisions. Unions made these kinds of moves that perhaps seemed reasonable at the time, but restricted the areas where they could influence corporate decisions.

The UAW also negotiated health and pension benefits, continuing the trend started by unions during WWII when benefits were exempted from wage controls. Sounds great, and it was. But this was intended to persuade the federal government to move on national health care, which of course never happened. Now we have the disastrous situation that about half of Americans get inadequate health insurance through their employer, and private sector unions have become wary guardians of their expensive “Cadillac” health plans for less than 7% of the workforce.

The reduction in union scope and power over time was sometimes enabled by opportunistic union officials, as more militant forms of unionism were eliminated. Toni Gilpin’s The Long Deep Grudge tells the story of how the radical and direct-action-oriented Farm Equipment Workers union was taken over by the UAW, and the United Electrical Workers union was nearly destroyed in the 1950s through raids by other unions, often in collaboration with employers. And union leaders have often been hostile to oppositional left and rank-and-file movements in their unions.

But mostly unions did fight hard, and this is a long drama of union organizing and strikes, with many wins and eventually more losses. Unions did tremendous organizing and striking in the 1950s through the 1970s. An average of over 500,000 workers voted in union elections each year in this entire period, about 1% of the workforce annually. Over 300 large strikes (of over 1,000 workers) started each year in that era, nearly one per day. But after the PATCO strike debacle in 1981, all union activity started to plummet, as union busting ramped up dramatically.

This post-NLRA history has led to the evolution of a fairly unusual set of characteristics for a U.S. union workplace. As Richman says, “the combination of exclusive representation, mandatory agency fees, no-strike clauses and management rights are the foundation of our peculiar union shop.”

Richman describes this as the trap that has gradually ensnared unions, because it appears to be impossible for them to organize at scale and grow in this environment. I’ve taken a look at the data that shows how unions that organize really well actually do win most of their elections. But Richman argues that even excellent comprehensive organizing in this environment has not been enough to grow the labor movement. It’s simply too slow and resource intensive. Indeed, the labor movement has been shrinking as a percentage of the workforce for the last 60 years.

Now I have a caveat similar to Richman’s: current union practice does a lot of good and has brought improved wages, benefits and working conditions to tens of millions of workers over the decades. It’s often life-changing for workers to form a union, and I wouldn’t advocate ripping up all contracts and starting over with no labor law.

SO WHAT DO WE DO?

In the second half of the book, Richman outlines a number of new ways of organizing and legal changes. He favors a lot of the usual labor law reforms folks have been talking about for years – getting rid of “right to work,” restoring the right to conduct secondary boycotts, outlawing permanent replacements for striking workers, and increased penalties for union busting, among other changes. But he’s also dug deeper, and argues for making it easier for “professional” employees to join the same bargaining unit as other workers, giving unions the ability to go to court faster, and expanding the definitions of employees (to cover all workers) and employers (so they can’t subcontract or franchise their way out of obligations).

Richman is at his best when discussing how unions should fight for “just cause” employment for everyone. Non-union private sector workers generally have “at-will” employment, which means they can be fired for any or no reason, aside from illegal forms of discrimination. That needs to change. This is a key part of a Labor’s Bill of Rights he has previously published, which is included in the book’s Appendix.

He spends some time discussing industrial labor boards and works councils. He hasn’t convinced me yet, but I appreciate his willingness to make these cases for major changes. Furthermore, he rightly argues that these shouldn’t just be technocratic meetings for lawyers, but new arenas for organizing that bring non-union workers into the action.

Another suggestion from Richman is that unions should try to reclaim more rights though relentless filing of unfair labor practice charges on captive audience meetings, permanent replacement scabs, and other issues. He’s absolutely right. This reminds me of the strategy of the National Right to Work Committee which filed more than 1,000 cases over decades and eventually won the Janus v. AFSCME decision that extended “right to work” to the entire public sector. Unions also need that kind of relentless long-term effort on core labor rights issues. Unfortunately, some union court cases may eventually die a painful death at the current Supreme Court, but we have to try.

WE NEED MORE WAYS TO ORGANIZE

The important point here is, how can we provide unions with more freedom to organize in different ways and more tools to enable the tens of millions of non-union workers who want a union to organize and win gains, without their necessarily falling into the trap of standard organizing? At the current rate of union organizing it would take 1,000 years to reach all the workers who want a union. Clearly we need to experiment with other ways of doing this.

Richman rightly brings up Charles Morris’s The Blue Eagle at Work, which argues that the NLRA should allow groups of workers to form minority members-only unions of their choice, and demand that their employer bargain with them. These small unions could form a base for further organizing.

There is a similar way of organizing involving members-only unions that has been used primarily by the Industrial Workers of the World for over 100 years – solidarity unionism. This kind of organizing involves groups of workers coming together and fighting for improvements at work, while avoiding union elections and formal contracts. UE and the Communications Workers of America have also experimented with similar members-only unions….

Read the rest at Organizing Upgrade

Watch! Deutscher Prize 2020 discussion: “The Return of the Dialectics of Nature”
John Bellamy Foster in the lead up to the COP26 international summit