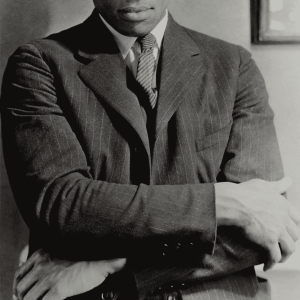 Gerald Horne recently spoke with Chris Hedges about a topic he knows intimately: When you defy the imperial, capitalist American state, when you denounce the crimes done to its own people, especially the poor, immigrants, and African Americans, as well as the crimes it commits abroad, when you have a global audience in the tens of millions that admires and respects you for your courage and integrity, when you cannot be intimidated or bought off, then you are targeted for destruction. Heroic dissidents are demonized, marginalized, physically and psychologically destroyed, or assassinated by the American ruling class.

Before the persecution of Julian Assange, before the FBI assassination of Fred Hampton and Malcolm X, before the murder of Martin Luther King, there was the relentless campaign to silence the activist, actor, and singer Paul Robeson. Robeson was a socialist and a militant, who stood with the crucified of the earth. He was fearless, confronting then President Harry S. Truman in a face-to-face meeting in the White House and berating him to failing to halt the reign of terror and lynching that afflicted Blacks. He famously filed a petition with the United Nations charging the U.S. government with “genocide” against African Americans. Robeson, who had a law degree from Columbia University was multi-lingual. He had a global appeal that has perhaps never been matched by another Black American, even by figures such as Mohammed Ali or Malcolm X. W.E.B. Du Bois called him “without doubt” the “best known American on earth.” He was a stalwart member of the radical left and active defender of trade union movements. But he was to become, in the words of Pete Seeger, the folksinger who was also persecuted in the U.S., “The most blacklisted performer in America.” By the end, stripped of his passport, subject to relentless character assassination, denied the ability to make a living, he would end his days in 1976 a virtual recluse in his sister’s home in Philadelphia….

You can listen at The Chris Hedges Report

Beyond the “two-state” v. “One State” debate (‘A Land With A People’ reviewed in MLT)
WATCH! MR CONVERSATIONS: BEYOND LEVIATHAN (Plus excerpts)