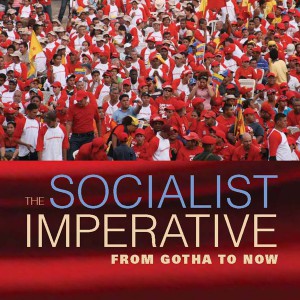 The Socialist Imperative: From Gotha to Now by Michael A. Lebowitz

According to Donald Trump, a former front-runner to be the GOP presidential nominee, Vermont Senator Bernie Sanders, a democratic socialist running against Hillary Clinton for the Democratic nomination for the presidency, is giving everything away, a partial truth. For a fuller treatment of what a radical break with capitalism entails, read The Socialist Imperative: From Gotha to Now by Michael A. Lebowitz (Monthly Review Press, 2015).
A retired economics professor at Simon Fraser University in Vancouver, Canada, his two-part book doesn’t end there. That is a positive thing, as the public is open to socialism, in no small measure due to the Great Recession….

Read the entire review online at The Progressive Populist