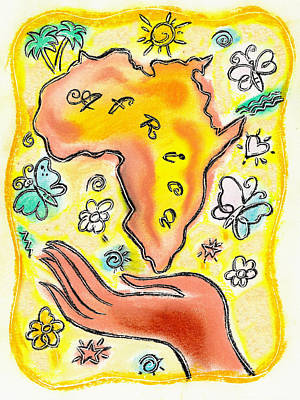 AWB: Counterterrorism was the espoused pretext for the development and installation of US AFRICOM onto the African continent which now exists in 53 or the 54 countries. Can you talk about how terrorism is used today compared to how Communism once was, and has it indeed surpassed communism as the go-to pretext for U.S. imperial interventionism projects?

GH: A central problem with “Terrorism” as a lever for imperial intervention in Africa is the dearth of self-criticism. That is, during the Cold War, Washington collaborated with religious zealots and fanatics, not least in Afghanistan, not least with the rulers of certain Gulf monarchies, in order to weaken various socialist projects. Now like a perpetual motion machine, imperialism has now decided—at least on the surface—to target this phenomenon. I say “on the surface” because there is still collaboration with, e.g. Saudi Arabia and the vulturous regimes who signed the so-called “Abraham Accords” in September 2020 in order to weaken Palestinian resistance. Of course, today this phenomenon is now wreaking havoc in northern Mozambique.

AWB: You have done a great deal of comprehensive work on liberation struggles on the African continent. Unfortunately, your analysis is not the center of U.S. curriculums. What steps can be taken to change that reality?

GH: I think that work should be done in league with the Zinn Project, which seeks to inject progressivism in educational curricula. This would also include the two major unions—the National Education Association and the American Federation of Teachers. This would also include fierce fightback against current legislative efforts to circumscribe “Critical Race Theory,” which detractors could hardly describe or define, if pressed….We must continue what we have been doing—with more. We must organize more picket lines and study groups. We must make more media appearances. We must launch more documentary projects. We must establish a presence at the African Union in Addis Ababa and CARICOM too. We must picket the OAS headquarters in Washington, DC, especially re: the crisis in Colombia. We must **organize.**

To read the rest, check out AFRICOM Bulletin