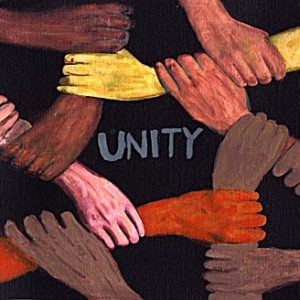 As India is thrust into a terrifying Covid-19 surge, Democracy Now! summoned Monthly Review author Jayati Ghosh to make sense of the ramifications of uneven and nonexistent vaccine access in many parts of the world. As an economics professor at the University of Massachusetts Amherst and former professor of economics at Jawaharlal Nehru University, New Delhi, Ghosh is particularly well positioned to weigh in on this question. See below for a transcript of the Ghosh’s answers, and click here to watch the full interview with professor Ghosh.

AMY GOODMAN: Calls have also been growing for wealthy members of the World Trade Organization to waive intellectual property rights related to COVID-19 vaccines….Thanks so much for joining us, Professor Ghosh. Let’s talk about the causes of this catastrophe in India right now and what vaccine equity looks like, and particularly what the wealthiest country in the world, the United States, should be doing right now.

JAYATI GHOSH: Well, the catastrophe in India, I would say right now, is actually a man-made catastrophe, because it really reflects a government that had become casual, irresponsible and, in fact, actively engaged in superspreader events. We have had, as was mentioned earlier, massive gatherings, political rallies, addressed by the prime minister and other political leaders, in which all guidelines were flouted.

We have had the bringing forward by a full year of a very major Hindu festival on the banks of the Ganges, at which 4 million people participated over the course of three weeks, which, again, is a huge superspreader. And we haven’t even seen the full impact of that. That is going — those people are returning to their homes carrying this disease with them. So we’re going to see much more of that in the rural areas, where there’s absolutely no rural infrastructure for health.

Obviously, what needs to be done as soon as possible is vaccinate as many people as can be done. There is a shortage of vaccines in India. There is a shortage of vaccines globally. But this is an artificial shortage. This need not happen. There is enough production capacity for vaccines in the world today to vaccinate 60% of the population by the end of this year, the global population, if we waive the intellectual property rights and transfer the knowledge for making these vaccines to all the different producers in different parts of the world who are willing to make it. It’s only these intellectual property rights and this protection of knowledge, which was publicly subsidized, which was actually created by massive public subsidies and prior public research, this — if we waive these and allow the knowledge, we will actually be able to vaccinate significant part of the population and do something about arresting this pandemic. Every day that we do not do this is more lives lost.

NERMEEN SHAIKH: And, Professor Ghosh, of course, India is home to the world’s largest vaccine manufacturer, the Serum Institute. How is it that the institute has failed to produce larger numbers of vaccines for domestic use?

JAYATI GHOSH: Well, every company has its own manufacturing capacity. And they have done as much as they can. But it’s ridiculous to expect one company to meet the needs of 1.3 billion people or, in fact, the global population, because they have also many export commitments, to COVAX and to other areas. You really have to expand the production. You have to license other producers. This is actually — it’s a no-brainer. It’s so obvious that you cannot rely on the manufacturing capacities of just a few companies.

And this is the problem that has actually plagued the entire attitude to vaccine development and production in this pandemic. A few companies have got the rights, and they are holding onto those rights, and they are only producing themselves. They must share this knowledge, and they must allow other producers, because that’s the only way we’re going to confront the crisis. You can’t blame one company and say, “You’re not producing enough.” It’s impossible for one company to produce enough.

AMY GOODMAN: I mean, we already know this, right? I mean, Biden announced this historic deal between Merck, which didn’t make a vaccine, and Johnson & Johnson, just so that those vaccines could get out there. That was a while ago. But I wanted to ask you, Professor Ghosh, about this back-and-forth. It was an interview with Medicare for All activist, the disability rights activist Ady Barkan. During the 2020 presidential campaign, then-candidate Joe Biden vowed to not let intellectual property barriers prevent other countries from mass-producing COVID vaccines. This is part of their exchange:

ADY BARKAN: If the U.S. discovers a vaccine first, will you commit to sharing that technology with other countries? And will you ensure there are no patents to stand in the way of other countries and companies mass-producing those life-saving vaccines?

JOE BIDEN: Absolutely, positively. This is the only humane thing in the world to do. Were I president now — and I propose we do it now — set aside $25 billion to put together a plan now — now, this instant — how we will distribute that vaccine when it’s made available, to guarantee it gets to every American and access is made available to the rest of the world. … So, the answer is yes. Yes, yes, yes. And it’s not only a good thing to do, it’s overwhelmingly in our interest to do it, as well. Overwhelmingly.

AMY GOODMAN: So, that was candidate Biden. Is he living up to this promise, Professor Ghosh?

JAYATI GHOSH: So far, unfortunately, not. The U.S. has continued to oppose the TRIPS waiver in the WTO. I am hoping that the pressure now and the realization that he was absolutely correct in what he said as candidate, that that should actually make the U.S. drop this opposition. It’s really just 14 or 16 countries in the world, the rich countries that are home to Big Pharma companies, that are preventing this from happening. Every other member of the WTO is supporting this. So, we really just need them to live up to what they obviously believed in even a few months ago.

It’s actually not just a moral imperative — of course, it is — but it is sensible. If you do not contain this virus, you’re going to get these new mutant variants that were talked about, and you will have to have the whole process over again in your own countries. So it’s in the interests of rich country populations to suspend these patents right now.

Watch the rest of the interview at Democracy Now! 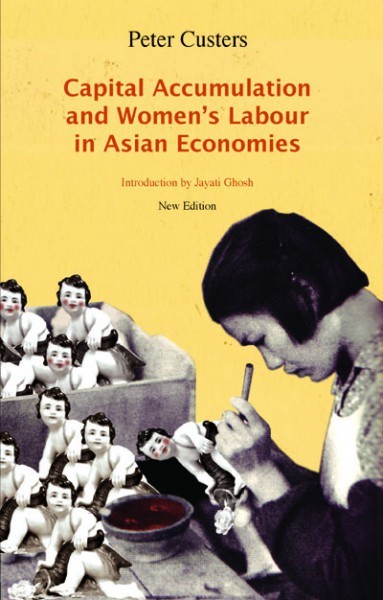 Ghosh is the author, among other things, of the introduction to Peter Custer’s Capital Accumulation and Women’s Labor in Asian Economies

Watch: What went on behind the walls of the Hanoi Hilton?
“The Return of Nature,” an analysis which captures Marx’s social milieu (Counterfire)