Dear Reader, we make this and other articles available for free online to serve those unable to afford or access the print edition of Monthly Review. If you read the magazine online and can afford a print subscription, we hope you will consider purchasing one. Please visit the MR store for subscription options. Thank you very much. —Eds.
Notes from the Editors
by The Editors
(Mar 01, 2016)
Topics: History Marxism Places: Global Latvia 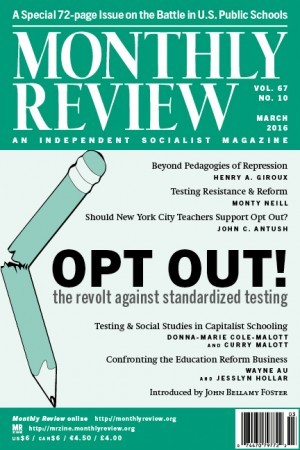 Ellen Meiksins Wood, who died on January 14, was coeditor of Monthly Review with Harry Magdoff and Paul M. Sweezy from 1997 to 2000, and a major contributor to historical materialist thought in the late twentieth and early twenty-first century. Her parents were socialist refugees, members of the Jewish Labor Bund who came to the United States in 1941, after fleeing Latvia in the 1930s, when indigenous fascists came to power. Her mother worked for the Jewish Labor Committee in New York and her father for the United Nations. Ellen obtained her B.A. in Slavic languages at the University of California at Berkeley and went on to do graduate studies in political science at Berkeley, where she met and married Neal Wood, a professor in the department. From the late 1960s to the late 1990s, she taught political theory in the political science department at York University in Toronto. 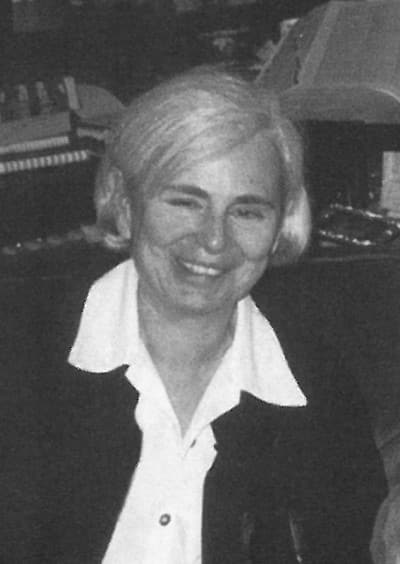 In the early 1980s Ellen emerged as a major figure in historical materialism, beginning with her now classic 1981 article, “The Separation of the ‘Economic’ and the ‘Political’ in Capitalism,” in New Left Review. In this essay she reconsidered the base and superstructure metaphor in Marx and argued, following historian Robert Brenner, for a “political Marxism,” which sought to de-rigidify the understanding of state and economy, and to emphasize the way in which capitalism was politically constituted. Ellen followed this and other landmark articles with her 1986 book, The Retreat from Class: A New “True” Socialism, criticizing the various post-Marxist tendencies emerging at the time. This book won her the prestigious Deutscher Prize. In 1991 Ellen published The Pristine Culture of Capitalism, a political Marxist analysis comparing the development of modernity in England and on the Continent. She argued that England was the true cultural birthplace, both economically and politically, of modern capitalism—as distinguished from the mere growth of bourgeois society or commercialism.

This early, most productive part of her career was to culminate in the publication, in 1995, of her book Democracy Against Capitalism, which stands as one of the great defenses and extensions of historical materialism, bringing out as few had before its connection to democracy and democratic struggle dating back to the ancient demos. Among her principal emphases in this work was class as a relation or process, building on the writings of such figures as E. P. Thompson and Raymond Williams. In this way she reasserted historical ways of thinking, in opposition to the then fashionable “analytical” or “rational choice” Marxism.

After retiring from York, Ellen became coeditor of MR with Magdoff and Sweezy, while residing mainly in London. During her years at the magazine she entered into two crucial debates, one on postmodernism, the other on globalization. The first took the form of an edited collection with John Bellamy Foster, In Defense of History: Marxism and the Postmodern Agenda (1997). The second led to a number of key discussions, such as “Unhappy Families: Global Capitalism in a World of Nation States” (MR July-August 1999), in which she reasserted the importance of the nation-state in capitalism, even in a period of advanced globalization. Her emphasis on the political in the origins and globalization of the system—questioning capitalism as an innate development—was to be reflected in her books The Origin of Capitalism (1999) and The Empire of Capital (2003).

After Neal’s death in 2003, Ellen devoted the following decade to writing a “social history of political theory”—the analytical basis of which Neal had first introduced in an article in Political Theory in 1978, and which was reflected in their two books together, Class Ideology and Ancient Political Theory (1978) and A Trumpet of Sedition (1997). In two volumes, Citizens and Lords (2008) and Liberty and Property (2012)—the first covering the ancient and medieval worlds up through the fourteenth century, and the second from the Renaissance to the Enlightenment—Ellen wrote what she and Neal had originally planned as a unified social history of Western political theory up through the early modern era. In 2014 she married Ed Broadbent, longtime leader of the New Democratic Party in Canada, dividing her time between Ottawa and London.

“The essence of the capitalist economy,” Ellen concluded in Liberty and Property,

is that a very wide range of human activities, which in other times and places were subject to the state or to communal regulation of various kinds, have been transferred to the economic domain. In that ever-expanding domain, human beings are governed not only by the hierarchies of the workplace but also by the compulsions of the market, the relentless requirements of profit-maximization and constant capital accumulation, none of which are subject to democratic freedom or accountability.

As this issue was being completed, we learned of the death of dialectical ecologist, philosopher of science, and MR and Monthly Review Press author Richard Levins on January 19. We will commemorate his life and work in forthcoming issues.

The Opt Out Revolt
“Realists of a Larger Reality”