Dear Reader, we make this and other articles available for free online to serve those unable to afford or access the print edition of Monthly Review. If you read the magazine online and can afford a print subscription, we hope you will consider purchasing one. Please visit the MR store for subscription options. Thank you very much. —Eds.
Review
by Gregg Shotwell
(Oct 01, 2016)
Topics: Health Inequality Literature Media Places: Europe United Kingdom 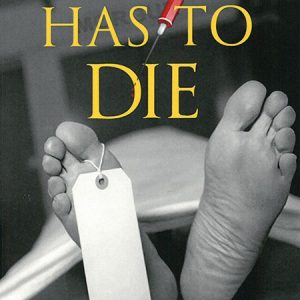 Gregg Shotwell is a retired UAW member and the author of Autoworkers Under the Gun (Haymarket, 2012).
Timothy Sheard, the Lenny Moss mystery series (New York: Hardball).

At its best, the art of fiction reveals the underlying truth of human relations: we are communal and collaborative by nature. Selfishness and greed are social aberrations because, ultimately, they violate the principle of self-preservation. No wonder we are drawn to crime stories: they mirror our common experience. Capitalism is high crime disguised as church doctrine. Conspiracy is evident, though the evidence is concealed. Hence, our fascination with the detective genre. We are in dire need of Timothy Sheard’s scrutiny—a detective who peers through a working-class eyeglass.

Marxists used to live in the trenches. Today, they largely study class conflict from a more detached, “objective” standpoint. I am hardly the first to argue that the left has been decimated by the estrangement of intellectuals from workers. There is no dearth of books that expound our social plight, but where is our Jon Dos Passos? Where is our Grapes of Wrath? Who is writing the new Waiting for Lefty?

The foundation of a just society is not defined by scholars, but by the struggles of the working class. We need an author with a union steward’s point of view. Seven novels in the Lenny Moss series by Timothy Sheard all take place in a hospital in Philadelphia. Sheard is a retired nurse, and his detective is a hospital custodian, a Columbo-style gumshoe who does not carry a gun or badge but packs a rod of perseverance in pursuit of criminals and ruthless managers. Lenny Moss is a union steward in the hospital, and his primary aim is defending fellow workers—at any cost. “Hey, the bosses broke the law every day,” the narrator reasons. “Sometimes you’ve got to stretch the boundaries; take some chances; live a little outside the law. Lenny well knew the trick was not getting caught.” Sounds like some union stewards I knew back in the rough-and-tumble days.

Sheard does not hold back the suspense, or the blood and guts. No Place to be Sick begins: “One minute to midnight. A perfect time to die.” Two pages into This Won’t Hurt a Bit, two students, Kate and Jennifer, are cutting up a cadaver in the lab. Jennifer says, “After you finish the groin I guess I’ll dissect the scrotum…. Katie, I know that dick! I mean, I know that guy!” Sheard knows how to keep a reader turning pages, despite the fact his leading man is “the sort of fellow who [goes] unnoticed on a crowded sidewalk. His black framed glasses perched on a broad nose beneath thick, arching eyebrows and coarse, untidy hair. He need[s] a haircut, but he always seem[s] to need a haircut. And a shave.” Moss is preoccupied with custodial duties and a constant flood of grievances. In that respect the hospital is not different from the factories I grew up in. Workers, including nurses and techs, are pressured to work harder, faster, and longer for less pay and fewer benefits. The stress is relentless, and no one in management is ever responsible for anything except profit and smiling for photo-ops. This daily class conflict between labor and management is present on every page. Moss does not miss a beat.

No classic American detective would be complete without his booze and his car. Lenny Moss prefers Yuengling lager, made by the oldest brewery in the United States, located in nearby Pottsville, Pennsylvania. He drives an old Buick V-8 he inherited from his father. Lenny enjoys “the low rumble of the big block and the way the car rocked gently when the engine first turned over.” But unlike typical American detectives, his preferred weapon is perception, and his advantage in any battle is not bare knuckles or bullets. It is solidarity.

I rarely read mysteries; the plots usually seem contrived, the characters one-dimensional, and the dialogue fake. But Sheard’s characters remind me of people I know, people I worked with, people who have more than two sides and surprise me in times of crisis. Lenny Moss does not talk about socialism, but his perspective is working-class—multiracial, multiethnic, and bonded in camaraderie against the bosses. Sheard also does not pretend the working class is angelic. Some, not all of them, drink alcohol on their lunch hour, smoke weed, and bring weapons to work. They cut corners and squeeze superglue into the time clock. They have all the vices and foibles our culture has devised. They also keep the hospital humming like a Buick V-8 on a straightaway. They have families and sweethearts, love and grief, honor and loyalty. The knowledge Moss has gained representing workers has honed his perception and sharpened his intuition.

In short, declarative sentences, Sheard demonstrates the principle of solidarity in action. The dialogue is concise and natural. He shows rather than explains how a strong union functions. Class conflict is revealed from a working-class perspective. Of the seven Lenny Moss mysteries, my favorite is probably No Place to Be Sick. As in the Columbo series, readers know who the murderer is from the start; Moss and his coworkers have to detect and catch the sinister doctor themselves. Workers take justice into their own hands in a Mickey Spillane-like version of Vengeance Is Mine. You can bet the blacklisted Dashiell Hammett would have Sheard on his nightstand.

View all posts by Gregg Shotwell →