Dear Reader, we make this and other articles available for free online to serve those unable to afford or access the print edition of Monthly Review. If you read the magazine online and can afford a print subscription, we hope you will consider purchasing one. Please visit the MR store for subscription options. Thank you very much. —Eds.
Review
by Judith Whitehead
(Feb 01, 2018)
Topics: Feminism Inequality Marxism Race Places: Europe 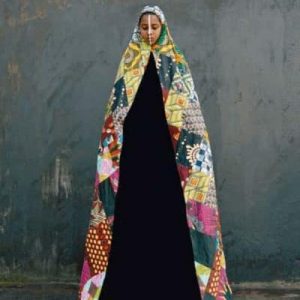 Detail from cover of In the Name of Women’s Rights by Sara R. Farris (Duke University Press, 2017).

Judith Whitehead is a professor emerita of anthropology at the University of Lethbridge.
Sara Farris, ln the Name of Women’s Rights: The Rise of Femonationalism (Durham: Duke University Press, 2017), 272 pages, $25.95, paperback.

Sara Farris’s In the Name of Women’s Rights is a brave monograph that analyzes the convergence in the discourses of three distinct European groups in their representations of “Muslim and non-western immigrant women.” It discusses how a discourse of victimhood relegates these communities to commodified spheres of social reproductive work, such as childcare, elder care, and cleaning, a process driven by high demand for immigrant labor, with European-born women now largely employed outside the home.

The first chapters chart the construction of this “victimhood” from a postcolonial perspective. The major forces promoting it are European right-wing nationalist parties, governmental programs for immigrant women, and some prominent European feminists. The representation of Muslim and non-Western immigrant women as passive victims is termed “femonationalism,” since it constructs European gender relations as fundamentally different from the patriarchy of the Middle East. The discourse of femonationalism, Farris argues, operates in both civic integration programs for non-Western immigrant women and in neoliberal workfare programs, which channel immigrant women into social-reproductive work. She concludes the book by analyzing the political economy of commodified social reproduction, showing how this sphere is both gendered and racialized.

The book’s structure—in which the political economy of social reproduction follows chapters dealing with the discursive construction of femonationalism—suggests that labor market segmentation in social reproductive work arises in part from the discourse of “femonationalism.” Farris provides two distinct windows into the phenomenon of racialized and gendered labor market segmentation in France, the Netherlands, and Italy: the first four chapters focus on the postcolonial discourse of victimhood, while the last uncovers the political economy of social reproduction.

Farris argues in chapters 1 and 2 that it is not only right-wing nationalist parties in Europe—such as the Front National in France, the Northern League in Italy, and the Party for Freedom in the Netherlands—that have appropriated the discourse of gender equality in their construction of a European identity opposed to Islam. Government programs promoting civic integration and prominent feminist voices in Europe have also contributed to the construction of an Islamophobic discourse that depicts immigrants from the Middle East as benighted and backward, their patriarchal and violent gender politics incompatible with the supposedly enlightened, egalitarian gender relations achieved in the West.

Drawing on critical race theory and postcolonial scholarship, Farris shows both how gender discourse is racialized and how racist discourse takes on distinct gender inflections. In Islamophobic discourse, Muslim women are stripped of agency and cast as passive victims of patriarchal tradition, waiting to be rescued from misognynistic men. These Orientalist representations circulate through political discourse, mass media, civic integration programs, and public debates over veiling. Farris focuses on the French ban on wearing the niqab or full veil in public spaces to illustrate the “othering” of “Islamic” gender relations. She traces this debate to the history of French colonial practices in Algeria, where the unveiling of women became a metaphor for the conquest of the country, and which some Algerian feminists have analyzed as a colonial rape fantasy (75). Hence, for Farris, laws demanding that Muslim women remove the veil enacts a kind of state “sex fantasy” of bodily domination (76). Following Edward Said, she sees the debate on veiling as part of the essentializing construction of ontological difference between Islamic and European civilizations.

In chapter 3, Farris discusses the implicitly racialized content of the civic integration programs now mandated by law in many European countries. She argues that while such programs focus on universal individual rights and gender equality, they promote an implied nationalism by contrasting “advanced” European gender morality with those of the Others, who become, by definition, “backward.” Much attention is paid to the role of mothers and mothering, along with equal roles and rights for mothers and fathers as an idealized “Western” identity trope (96). Chapter 4 deals with the coupling of civic integration programs with neoliberal workfare policies, showing how Muslim and non-Western immigrant women have been systematically directed towards specific job types, such as hotel cleaning, housekeeping, child-minding, and elder care—traditionally feminized work that is often poorly paid and inadequately regulated. Hence, there are major discrepancies between the stated principles of civic integration programs that promote gender equality and workfare programs that relegate non-Western immigrant women to social reproduction. These contradictions are effectively occluded, however, by a common-sense European racism that assigns the most menial and monotonous work to various “others.”

Chapter 5 deals with the political economy of social reproduction, documenting the commodification of care during the Great Financial Crisis of 2008–09 and its divergent impacts on male and female non-Western immigrants. While male immigrant employment, predominant in construction and manufacturing, declined dramatically, jobs in the sphere of social reproduction did not; in fact, demand for such work increased between 2007 and 2011, during the depth of the recession. With an aging population and an EU mandate to increase female work participation to 75 percent of the population, Farris predicts that demand for immigrant women to work in the social reproduction sector will further increase in the next decade. She argues that since social reproductive work possesses an affective component, it will not be easily mechanized, and since it often occurs in the home, it is spatially fixed. Hence, while immigrant men constitute a reserve army of labor, vulnerable to layoffs during recessionary periods, immigrant non-Western women do not; rather, they are a “regular army of labor” of social reproduction that will only grow in the coming decades with the aging of European-born populations.

Nevertheless, the postcolonial framing of Farris’s arguments in the first four chapters raises several questions. First, Orientalist representations of the Middle East have circulated for centuries, but become particularly salient during specific historical periods. The current geopolitical context has witnessed U.S.-led invasions of multiple countries in the Middle East, resulting in millions of deaths and the destruction of states in Iraq, Libya, and Afghanistan. Orientalist images of Islamic women requiring rescue by Western forces have played a major role in the ideology of American imperialism in the Middle East, aided by the United Kingdom, France, and other European countries. In this context, Islamophobia represents a potent material force, directly intertwined with American-led imperial misadventures. Colonial discourse, however, focuses on representations of domination that reached their height in the late nineteenth and early twentieth centuries. Thus, while there are symbolic similarities between the forcible unveiling of Algerian women in the late nineteenth century and the current debate on veiling in France, a historical echo is not a causal connection. This is not to ignore the significance of femonationalism in contemporary Islamaphobia in Europe and North America, but to suggest that colonial history alone cannot account for its rise. An analysis of contemporary imperialism is also required to understand the current conditions that produce and promote European femonationalist discourse.

Second, while colonial discourse homogenizes the “Other” as teleologically backward, Farris’s mode of postcolonial critique can produce its own homogeneous subject, in the form of “Muslim and non-western immigrant women.” This category creates a singular entity out of very diverse populations of women from Middle Eastern countries, eliding their distinct histories, political agencies, opinions, and backgrounds by defining them in terms of religion and geography alone.1 Farris’s discussion of laws against veiling, for instance, ignores the fact that most Middle East women do not veil, and many consider themselves moderate Muslims or hold secular and left-wing opinions. Indeed, the book does not contain a single interview with a “Muslim and non-western immigrant woman,” even though this vast population is its central subject.

Third, analyzing contemporary racism and labor market segmentation in Europe primarily through colonial-era metaphors tends to divorce the realm of symbols and images from that of material social relations, rather than showing their dialectical interrelation. Hence racialized gender relations become part of an ideological or discursive sphere, while labor markets and relations of production are part of political economy. The splitting of the realm of social relations into dichotomous fields inhibits a full understanding of the intersectionality of gender, race, and class, and of the social materiality of racialized and gendered class relations. This is because colonial representations are defined largely by language and culture, while postcoloniality, and not gender or class, appears to constitute the entirety of non-Western subject positions.2

Finally, postcolonial critique often focuses on a single axis of discursive division, that between the West and the rest. It thereby unwittingly offers a blank slate to right-wing political projects in non-Western regions, since class and patriarchy in the “middle-eastern and non-western” regions are obscured or ignored. Hence, the growth and significance of political Islam remains opaque when analyzed through a purely postcolonial framework. Other patriarchal, hierarchical, and authoritarian political movements in non-Western contexts, such as Hindutva in India, are similarly ignored.

However, all right-wing nationalist projects, both Western and otherwise, construct what Benedict Anderson famously called “imagined communities” of the nation, in which appropriate models of masculinity, femininity and “others” occupy a central place.3 As Kumkum Sangari has noted, we live with the persistence of multiple patriarchies, which right-wing political projects amplify by stressing the superiority of their cultural differences over other patriarchies.4 However, despite their surface differences, such as that between veiling in some Middle Eastern contexts and body commodification in Europe and North America, modular patterns of right-wing nation-building share many common features. Most right-wing nationalisms embrace neoliberalism, express hostility and fear toward the “other,” stress patriarchal control over women and sexuality, and promote authoritarianism and acceptance of rising class inequality. Anti-racist Marxist feminism should analyze these apparently divergent forms, the better to understand and ultimately reject all of them.

Undoubtedly, various patriarchies are reproduced within capitalist imperialism, which projects Western forms of gender difference as the most advanced and “egalitarian.” In the case of “Muslim and non-western immigrant women” in Europe, racist common sense does appear to be the dominant discourse channeling these communities into low-paid social-reproductive work, and Farris is right to point this out. Her work would nevertheless benefit from a more nuanced analysis of intersectionality. This is an intellectual task that requires the rethinking of class not as an autonomous category, but as one already shaped by capitalist imperialism, patriarchy, and local histories.5 A social reproduction perspective can show how labor is made available to capital through its reproduction in a specific set of gendered and racialized social relations that exist beyond the direct labor/capital relation, in the so-called private sphere.6 Hence the intersection or co-constitution of gender, race, and class focuses on practices equally material, i.e., social, as those of class. Racism and patriarchy are not ideological epiphenomena to production and reproduction, and intersectional analysis does not consist simply in adding postcolonial critique to political economy. Rather, the task must be to understand the layered social relations and interactions among production, reproduction, and imperialism.

View all posts by Judith Whitehead →